John's List of the TOP FIVE WAYS TO PROCRASTINATE AT OBERLIN

I know that this one might not, at first blush, seem like procrastination; after all, aren't I still being productive? Here's the key: Do things that are completely and totally irrelevant to the coming week's assignments. Here's a graph I made a bit ago describing how I love to clean when I'm super busy. 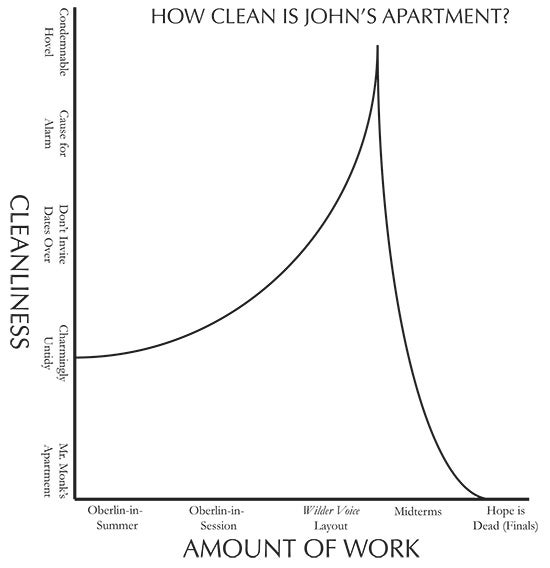 But there's also a new form of productive procrastination I've discovered: "researching" a paper that isn't due until for weeks. This research generally involves staring at the syllabus with a vacant look in my eyes, then paging through readings that aren't yet assigned.

For example, the Music History paper due at the end of this semester seems--for some reason--much more interesting right now than the problem set due tomorrow in my Computer Science class. Don't get me wrong, I'll get around to the Computer Science work eventually, but for now, I'm content to skim through JSTOR (a database of academic articles and an incredible research tool, which Oberlin gets you for free) and see what the future holds for me.

This one is pretty self-explanatory (new seasons of Glee and Stargate!).

I will add, however--and hold with me on this--that my new morning routine involves getting up and going to sleep at surprising hours: I try to be in bed by midnight and be awake by 7 am. That might sound either not that crazy (if you're in high school) or crazy (if you're me a couple years ago), but trust me, if you loved the Science Center breakfast pastries as much as I, you'd get up at 7 am so you could get them when they're warm and fresh at 7:30 am.

This seems like I'm getting away from the point, which is TV, so let's see if I can't find it. In addition to warm pastries, which I love very dearly and you'd have to pry from my cold dead hands, I also enjoy watching The Daily Show, The Colbert Report, and Rachel Maddow while enjoying said beloved pastries, drinking jitter-inducing amounts of coffee, and preparing for the coming day (i.e., writing a to-do list, going through my ridiculously clogged emails, and going through my ridiculously clogged RSS reader). Good times.

In order to enjoy such a wonderful morning while still being able to go to class, I have to get up at seven. Also for the pastries. [Too much about the pastries? Yeah, I think so too.]

I'm just going to post pictures from these, because (A) we're supposed to use pictures in our posts and (B) I'm lazy. Quick note: I am not Ma'ayan, so my pictures suck and are not classy, though I did take one picture with a candle in the background, so at least I tried to class up the joint . 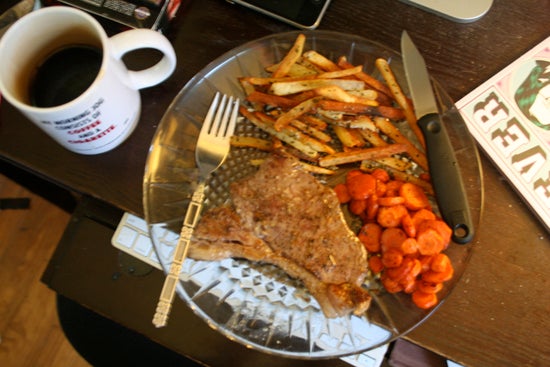 From a bit ago: steak frites & carrots. The steak in question is local, grass-fed, and, presumably, frolicked in green fields with hippies and was petted while being led to slaughter. The french fries were homemade. 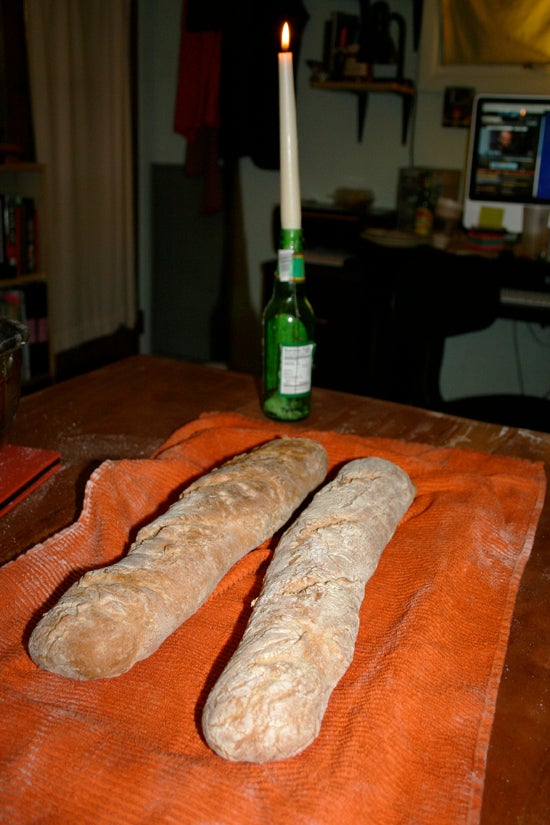 From today: baguettes! I made them! I even remembered the salt! [too many exclamation points? Yeah, I think so too.]

(2) Take "Points" Away from Classmates

Prospects for Democrats look bleak in the upcoming midterms, and that's a something that should be treated with all the gravity and resignation it's due. It's also something that makes me lots of "points." Don't get me wrong: I'm fired up and fully intend to fight for (and vote for) good liberal candidates; I also intend to bet on the results of a number of elections across the country.

Now, I don't want to sound crass or arrogant, but I'm pretty good at it. I only missed one state in the '08 presidential run (I thought SD would go blue, but I got NC right), and in '06 I got the spread right on Sherrod Brown's Senate victory.

This election, I've already got "points" on the Delaware Senate run (which means Christine O'Donnell's primary win wasn't just a sad day for our Democracy, but it was also a good day for John) and on the makeup of the House post-election day. More is sure to come, but don't worry, not a lot is at stake--only pride and a "point" per bet.

(1) Get Excited and Make Things 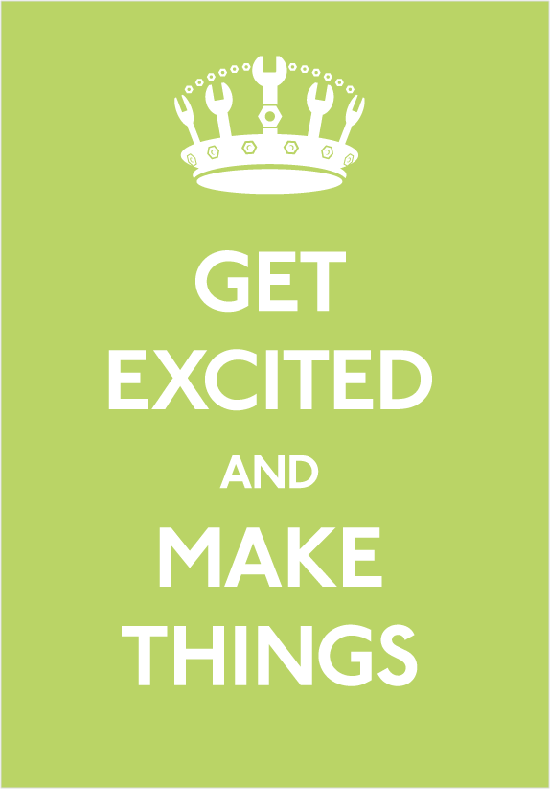 On the docket for this semester? 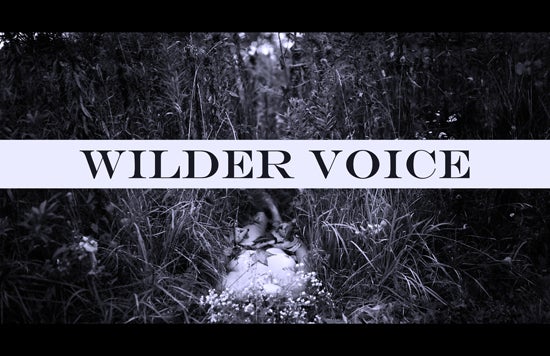 Wilder Voice, of course (and I've written more than enough about that.)
[image not found... yet!]
Make a new couch. The one I made over the summer is a little uncomfortable. Helpfully, I can use the excellent wood shop in the Art building this semester. w00t.
[image not found... yet!]
More bookshelves. Because my parents are moving, I've backed up a bunch of books from home, and now it seems that I have run out of shelving space. I don't blame weekly my weekly comics purchases from the BEST COMIC STORE EVER (that'd be Infinite Monkey, conveniently located in sunny downtown Oberlin).

Your meal included carrots. Your meal wins a lot. And I think all candleholders belonging to citizens between 18-28 are green bottles. Just sayin'.

Also, you are not the only person I have heard rave about Science Cart pastries. I actually recommend people that have far too many meals by Friday morning (read: more than 7. How do you get that many meals?) to suck it up and wake up early just so they can get tasty pastries.

That graph perfectly describes the entirety of my collegiate life.