The Department of English recognizes some of its finest students annually with prizes, scholarships, and awards.

The Bongiorno Prize is awarded to a junior major for excellence in English.

The prize was established in 1967 in honor of the retirement of one of Oberlin’s most distinguished teachers and scholars, Professor Andrew Bongiorno. 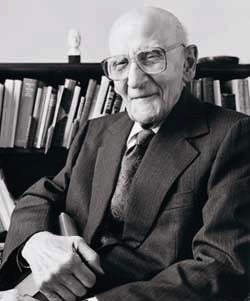 The Meacham Prize is awarded to senior women English majors for distinction in English. The prize was established in 1924 by Mrs. Katherine Wright Haskell, in memory of her classmate, Mrs. Margaret Goodwin Meacham, Class of 1898.

Florence Snell was an outstanding student at Oberlin. She studied at Oxford in 1904-05 and obtained an MA at the University of Good Hope in Africa in 1908. She received a PhD from Yale University in 1914, and was awarded an honorary Litt.D. by Oberlin. Much of her life was spent in Africa teaching English literature.

The spirit of the bequest continues to encourage and aid highly promising young women "who are contemplating teaching as a career, and particularly ... women who have a scholarly interest in English literature" (as then President Wilkins wrote to the Board of Trustees in 1937, establishing the scholarship).

A remarkable letter from Professor Snell to an imagined recipient of the scholarship was found in the college archives.

The Dudley B. Tenney English Literature Prize is awarded to a graduating senior English major, enrolled in the Honors Program, with the best academic record in mathematics and natural sciences. The prize was established in 1989 by a gift from an anonymous donor of the Oberlin College class of 1939, to honor Dudley Tenney.