Comparative American studies uses interdisciplinary perspectives to guide students in their study of social, political, economic, and cultural processes within the United States as well as explore the role of the nation in a global context. The department particularly emphasizes critical thinking, writing, and communication as aspects of civic engagement.

Our faculty are both scholars and teachers who devote their careers to making important contributions to their disciplines through writing and research. They are committed to undergraduate education and teach everything from first-year seminars to advanced courses. Faculty interests and research includes visual culture studies, comparative feminist theories and methodologies, human rights, environmental justice, green economies, and immigration.

Comparative American studies (CAS) examines the range and diversity of experiences, identities, and communities within the United States.  Through interdisciplinary study, students will study and explore social, political, economic, and cultural processes relating to the ways power and inequality are created and contested, and consider the United States locally, nationally, and within a global context. By placing the United States in a transnational and comparative framework, the program invites students to consider the relationship of different communities to the nation-state, ranging from issues of colonialism and empire building to social justice movements.

CAS courses investigate power, inequality, and agency through the analysis of intersecting structures of race, gender, class, sexuality, ability, and citizenship. Central to these studies are examinations of the relationship of theory and practice within the scope of historical and contemporary contexts.

Affiliate and courtesy faculty from such departments as Africana studies, English, sociology, and politics will broaden the topics and methods students can attain through the CAS course of study.

Hicks’s experiences on and off campus demonstrate his passion for being a changemaker.

All are invited to the online symposium that features research from Oberlin College and Conservatory of Music students.
View all news 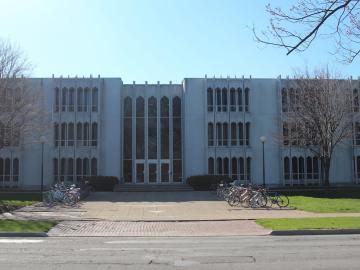