Santiago Roman is an Environmental Studies major conducting an oral history project about Africatown under the mentorship of Professor Janet Fiskio.

Africatown, located in a historical district of Mobile, Alabama, has existed and thrived as a
community for people of African descent since its founding in the 1860s by survivors of the Clotilda, the last recorded ship carrying enslaved Africans to the U.S. In the last few decades, the community, which still includes people with a direct lineage to the enslaved people on the Clotilda, has faced serious threats to public health, education systems, and land ownership. Since the 1960s the population has dropped by 83 percent, from 12,000 to 2,000, and reports high rates of respiratory issues and cancer. Today, in addition to being encroached upon by heavy industry, community members must travel longer distances to acquire basic necessities due to the disappearance of once-prevalent community-owned businesses. They are also fighting for their rightful place in American history, working to ensure that Africatown’s international significance is recognized and that the community maintains control over how its story is told. My colleagues and I have been a part of a community-collaboration between Africatown and Oberlin that has included student research projects, academic classes, community immersion, and an NSF funded workshop on community history. Since 2017, we have worked to record and digitally archive oral history interviews with members of the community. We have also researched the industries expanding into the historical district and their potential human health and environmental impacts. In our work we seek to preserve the stories and history of community, examine the local knowledge about the community and the natural environment surrounding it, and, most importantly, act as collaborators and members of a large, multifaceted community-led project.

Why is your research important?

My research is important because Africatown is one of the most historicaly significant communities in the entire world and their history and people are being actively erased by the local Albaman government and polluting industries. I consider my work a part of reparations, and a widely accepted first step of reparations is truth telling, or truth and reconciliation. By documenting the stories and history of the residents of Africatown we are participating in a form of truth telling.

What does the process of doing your research look like?

The bulk of my research involves travelling to Africatown to conduct oral history interviews with Africatown residents and elders, who we refer to as community historians. Each interview can be 45 minutes to as long as three hours. We go through various forms of consent throughout the process, we transcribe the interview, and then after a final approval we upload it to the digital archive. The archive combined with software called the Oral History Metadata Synchronizer (OHMS) allows us to increase the accesability of the interviews by making them keyword searchable with an interactive table of contents.

What knowledge has your research contributed to your field?

Our oral history project has contributed to the preservation and well-being of the community of Africatown. By documenting the lives, stories, and struggles of Africatown residents we not only fulfil a need directly requested by residents but we also demonstrate what a radical relationship between and academic institution and a community should look like, one that is community led. Additionally, our work promotes Africatown to the greater American public, garnering the attention that Africatown deserves and needs to stay on the map.

In what ways have you showcased your research?

We've had the privilege and the opportunity to showcase our research in many different instances. Just this November a group of Oberlin students, including myself, travelled to New Orleans for the seventh annual HBCU Climate Change Conference in which I was a panelist and gave a presentation on our research and my colleagues presented a poster which won third prize out of more than fifty other research projects by graduates and undergraduates from across the United States. Additionally we've presented our work multiple times in Africatown, in Oberlin, Washington DC, and Atlanta.

How did you get involved in research? What drove you to want to seek out research
experiences in college?

Student involvement in the Africatown project is conducted through peer reccomendation and recruitment. I was recommended to the project by Ify Ezimora, who graduated in 2019. Our project leader and faculty advisor, Janet Fiskio, was first introduced to Africatown by residents at the Alberta Tar Sands Healing Walk in Canada. Having a passion for Environmental Justice has really underpinned much of my work at Oberlin and has led me to opportunities such as the Africatown project.

What is your favorite aspect of the research process?

My favorite aspect of my project is forming relationships with the community. For example, when we were in New Orleans to present our work at the HBCU Climate Conference three of our main collaborators, community elders, and, honestly, friends, from within the Africatown community came to see our presentations, one of whom also gave presentation. I'm blessed to say that myself and my colleagues at Oberlin have been welcomed into Africatown as friends to many and even family to some. That has been one of the biggest privileges of doing this work.

How has working with your mentor impacted the development of your research project?
How has it impacted you as a researcher?

I can honestly say that I have no idea what I would do without my advisor, Janet Fiskio. I don't think I would still be at Oberlin if it was not for her. Meeting and working with Professor Fiskio has been the most important, most impactful, and the biggest privilege of going to Oberlin and my college experience would absolutely not be the same if it was not for her. She has taught me so much about radical research, environmental justice, and how to be an activist.

How has the research you’ve conducted contributed to your professional or academic development?

My work with Africatown and with Professor Fiskio has defined my experience at Oberlin. It's why I chose Oberlin over UC Berkeley, or another research institution. If it hadn't been for the nature of Oberlin allowing us to form such meaningful and significant relationships with our professor and advisors I would never have found the project and it would never have been so impactful. The work I'm doing now will, without a doubt, shape the work I do  nd how I do it for the rest of my life.

What advice would you give to a younger student wanting to get involved in research in
your field?

If I could give one piece of advice to younger students it would be to recognize the value of Oberlin's small classes and take advantage of it by forming relationships with professors. Whether that’s meeting them outside of class to talk about your interests, your work, or their interests and work or talking to other students doing research. Take advantage of all the incredible opportunities that Oberlin gives us to work with faculty inside and outside the classroom.

Read about more of OUR featured researchers 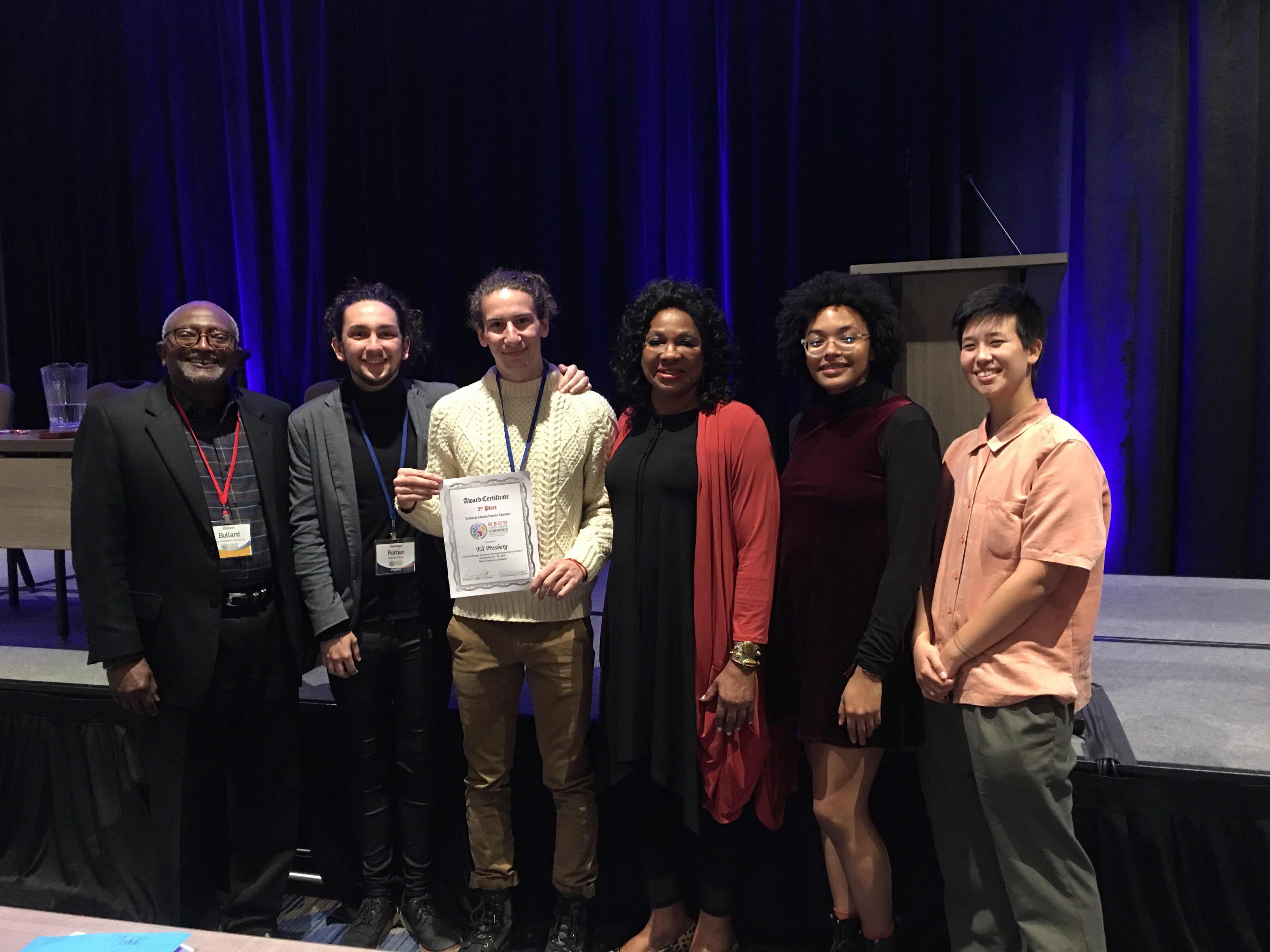