Teresa Tippens' '15 decision to study abroad in Japan as a junior in high school inspired a lifelong love for traveling, studying and living in Asia. She has taken advantage of Oberlin's opportunities to return as often as possible, traveling on faculty-led winter-term trips and most recently completing a two-year Shansi fellowship in Yogyakarta, Indonesia.

When Teresa Tippens ’15 traveled to Indonesia on an Oberlin winter-term trip in 2014, she hardly expected to return to the country at all, let alone live there for an extended period of time. Fast forward to today, and Tippens has recently returned from a two-year Oberlin Shansi fellowship teaching English in Yogyakarta, Indonesia.

Before Tippens arrived to campus for her first year, Shansi—an Oberlin-based nonprofit dedicated to fostering cross-cultural discourse and education between Oberlin students and people in Asia—was already in her purview. Tippens’ mom, also an Obie, urged her to keep the program in mind because she spent her junior year of high school abroad in Japan and fell in love with the country’s culture.

Teaching English is only part of the postgraduate fellowship, however, and Tippens made the most of her time outside the classroom. Upon arrival, she immediately immersed herself in Yogyakarta’s culinary scene. Recalling her time as the Pyle Dining Cooperative’s “tasty things maker,” Tippens says the seeds of sustainable cooking had been planted, though she hadn’t been explicitly involved in that mission until returning to Indonesia.

“I got to Yogyakarta and I just really wanted to cook,” Tippens says. “I got really involved with the foodie community there, and a lot of my really good friends ended up coming out of that. More broadly speaking, I became really interested in sustainability.”

Her newly realized passion for sustainability resulted in a partnership with an Australian woman also living in Yogyakarta, and Tippens began running development of a socially responsible fashion brand. The experience also solidified Tippens’ inklings that she wants to pursue a career related to food, agriculture, and sustainability. And though only recently returned to United States, Tippens is already planning her return to Asia. She is currently the Shansi Return Fellow at Oberlin, recruiting students for the program and mentoring a group of Indonesian exchange students, while applying to graduate programs in sustainability in several Asian countries. 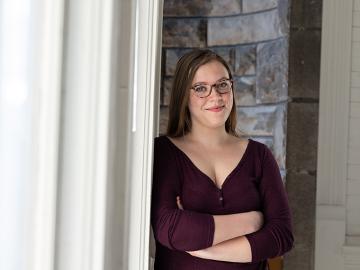