This year’s observance has special significance. Since 2010, the Alcohol and Other Drugs Committee has been assessing the campus’ readiness to become tobacco free. Last year, Student Senate and the General Faculty voted to make Oberlin a tobacco-free campus beginning July 1, 2016.

The Tobacco Free Implementation Committee, composed of two faculty, three staff, and four students, was appointed by President Krislov last spring and is charged with overseeing the transition from the current policy (no smoking indoors and 30 feet from doors, vents, and windows) to the new policy.

The committee has worked with Student Health Services and the Office of Human Resources to identify and make provision for access to cessation resources for students, faculty, and staff who may want to quit. For example, on Tuesday, November 24, the committee and Human Resources are hosting a brown bag lunch and information session on the new policy and cessation resources available to faculty and staff.

According to the Centers for Disease Control, cigarette smoking is the leading cause of preventable death in the United States. People who stop smoking while they are young get the greatest benefits from quitting. Those who quit during their 30s may avoid most of the risks due to tobacco use. But even smokers who quit after age 50 largely reduce their risk of dying early from smoking related diseases and illness.

If you use tobacco, now is a good time to quit or think about quitting.

For more information about the Tobacco Free Implementation Committee and the tobacco policy that will take effect July 1, 2016, see this webpage.

Who is Erin Gornall?

“I love working alongside an amazing team of healthcare professionals to provide care for our students,” says Erin Gornall. “I also really enjoy speaking with parents, listening to their concerns, and encouraging them as they watch their students navigate adulthood from afar.” Learn more about Gornall in this installment of Who Am I? 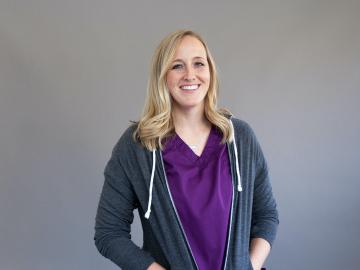 This Week in Photos: A New Season

A budding crop of daffodils in Tappan Square serves as inspiration for this week’s photo series. 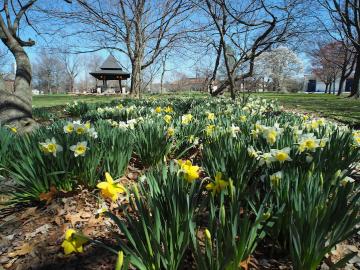 This Week in Photos: The Vaccination Station

Johnson & Johnson’s Janssen COVID-19 vaccine kits arrived in Oberlin on April 7. At 8 a.m. on April 9, the first dose will be administered on campus. 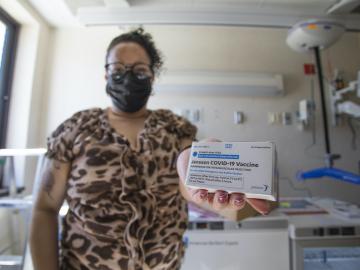