When Oberlin Conservatory voice major Kyle Miller '19 auditioned to be a soloist in the Oberlin College Choir’s fall semester performance of Stravinsky’s Les Noces, he had no clue that the ensemble would be taking that piece on the road to Carnegie Hall in New York City.

On January 19, 2019, Miller will solo with the Oberlin College Choir in a joint performance with the Oberlin Orchestra on that historic concert stage. “I am excited to have the chance to perform with all my friends and colleagues where so many great artists have performed before,” says Miller. “It may be a once-in-a-lifetime opportunity.” 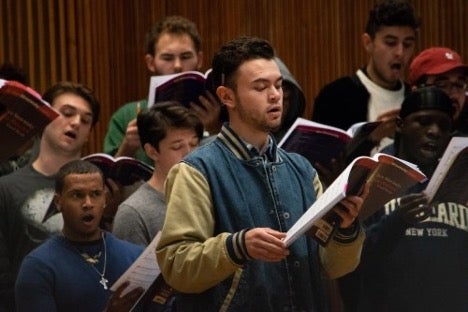 After a number of rehearsals and a campus performance of Les Noces, Miller happily admits to both the obstacles he faces and the satisfaction he gets from working on this complex piece of music—the most difficult piece he’s ever learned. “From the metric instability and the numerous moving parts [a full percussion section, four pianos, chorus, and four vocal soloists] to the complexity of the Russian language, Les Noces proves to be challenging to pull off with grace.

“Every time we finish running through the piece, it feels like we had just started. My whole performance is filled with persistent counting and stress, but when it all flows together, it doesn’t sound or feel like it.” 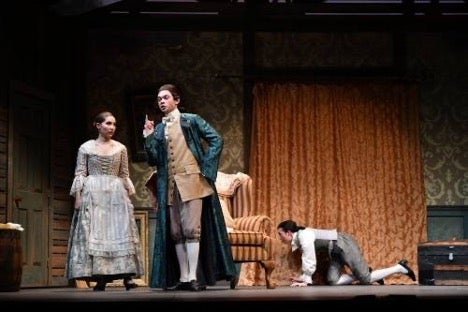 The excitement of this semester is timed perfectly, as Miller heads toward graduation this spring. In addition to his upcoming Carnegie Hall appearance, he recalls two highlights of his Oberlin experience: performing as Count Almaviva in Mozart’s opera Le nozze di Figaro and studying music theory with Professor Arnie Cox. “My Music Theory I class was special because we didn’t spend all of our time analyzing music, but instead analyzing the theory of music, which has really influenced the way music affects me. Thank you, Professor Cox!”

“I also really enjoyed playing the Count with Oberlin Opera Theater. His rash character allowed me to distance myself a bit from the singing and focus on the drama in a bigger way than ever before. I was lucky to work with such fine faculty and talented peers, which added to the magic of that production.”