As she crossed the stage at graduation, Rachael Shapiro ’16 found herself in an enviable position. Earlier in the school year, she had secured a job as a private equity research analyst, and would be moving to Manhattan within a matter of weeks. But as she shook President Marvin Krislov’s hand, she was not handed a diploma in economics, mathematics, or even psychology. Instead, Shapiro earned a degree in piano performance.

Shapiro, a native of Westport, Connecticut, decided fairly late in her academic career that she did not want to pursue music professionally. She says she was one of several musicians in her year who decided to take a different path, although her transition from piano to finance was perhaps the most dramatic — especially because she was not a double degree student. Upon her realization, Shapiro immediately began job hunting, using her first semester of senior year to apply to as many positions as possible. Luckily, after working as a marketing assistant in the Oberlin Career Center for three years, Shapiro was well-versed in the importance of editing and revising cover letters, preparing for interviews, and scouring LinkedIn for opportunities.

“It was initially a challenge to find companies that would even look at my applications; most financial institutions really don’t know what to make of such an unorthodox undergraduate background,” Shapiro says. Eventually she discovered Third Bridge, a research partner to institutional investors that assists private equity firms, hedge funds, and management consultancies looking to make investments in various industries. “I was extraordinarily fortunate to find my company, which has an extremely specific hiring concept: hire the most engaging, trainable people, regardless of background.”

Shapiro says she generally spends her days on the phone with C level executives (CEOs, CFOs, and CTOs), writing profiles on their experiences and professional backgrounds, and connecting them with clients. Though the transition into the “real world” can be daunting, especially so soon after graduation, Shapiro says her experience so far has been nothing but positive. “The best thing about working a full-time job and being in the ‘real world’ has been realizing how many opportunities there are,” she says. “I don’t feel confined. I learn something wonderful and unexpected every day.” Shapiro also plans to eventually add some musical gigs into her schedule, accompanying instrumentalists and musical theater performers. “I am sometimes able to do some practicing on the weekends, which is a nice way to decompress,” she says. “It's definitely something I would like to keep in my life.”

As a former Career Center employee, Shapiro has several pieces of advice for members of the current senior class: start early (“I am the worst procrastinator there is, but searching for jobs and planning post-grad life is not something to take lightly or put off”), take advantage of the Career Center, and network heavily (“Don’t be discouraged if 49 of them turn you away — you never know who the 50th might be”). She also stresses the importance of making your own luck: “Certainly the path that I chose was atypical given my background, and I had plenty of people doubt that I could make it to where I am,” Shapiro says. “But if you are wildly ambitious and work hard enough, you will create your own success.” 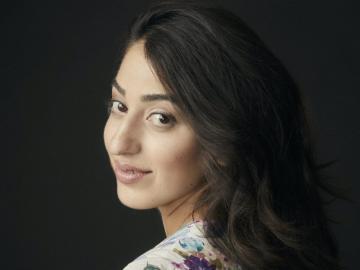 Annual awards support research or creative endeavors across a range of disciplines. 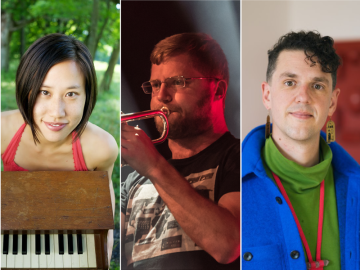