As in life, business often comes down to just a few moments. For a small throng of budding Oberlin student and alumni entrepreneurs, or “Oberlineurs,” one such moment happened in the Bertram and Judith Kohl Building on January 31.

“LaunchU is an extension of Oberlin College’s mission and ethos,” said Chris Hausman ’94, executive vice president of gloProfessional and LaunchU executive board member. The program, he explained, helps participants clarify their entrepreneurial aspirations and provides the resource, relationship, and financial capital new ventures need to get off the ground. In other words, LaunchU helps Oberlineurs find and leverage the resources they need to change the world.

According to program director Matt Utterback, more than 100 students and alumni registered for this year’s accelerator and pitch competition. Of those registrants, 55 complete applications were reviewed and 19 finalists selected. Those finalists—divided into startup, social impact, and local venture tracks—participated in the three-week accelerator course and presented their ventures before a panel of potential investors and judges for $50,000 in prize money. Of these teams, three won the top prizes:

Pop Up Plus
Camille Newman ’02

“I’m excited that I won. I didn’t expect to win,” said Camille Newman ’02, winner of the Joseph Rubin Venture Prize and founder and CEO of Pop Up Plus, a New York-based pop-up and online shop for women sizes 14 and up. Newman, whose grandfather and father are both entrepreneurs, started Pop Up Plus in 2009, but first had the idea of creating a business that would provide trendy, high-end clothes for curvy women when she was at a student at Oberlin. “I have always been curvy myself, and I remember crying in fitting rooms because I couldn’t fit into anything,” she said.

Personal experience, albeit of a different kind, also led to the founding of MyChair, winner of the Social Impact Prize. MyChair is a fully functional, light, and portable chair-desk that doubles as a backpack for students ages 7-18 in rural communities that lack proper seating infrastructure. MyChair CEO Ahmad Zia Wahdat ’10 experienced firsthand how the lack of proper seating can affect students’ academic performance and physical health.

“My family took refuge in Pakistan in 1988. During summers of the mid-90s, my family would visit our village in Wardak, Afghanistan, where village schools operated beneath apricot trees and students sat on plastic mats with blackboards resting against tree trunks,” he said. “In 2001, my family moved to Kabul, Afghanistan, and I continued studying throughout high school sitting on a concrete floor.”

Wahdat transferred from Kabul University in Afghanistan to Oberlin in 2007, after being awarded a Fulbright Scholarship. At Oberlin, he met Suman Giri ’11, chief operating officer of MyChair and Business Scholar alumnus, who moved from Nepal to the United States also in 2007. “In 2013, I was wondering what could be changed for education in developing countries. Seating was the first thing that came to mind,” he said. “After some research, I found that 87 million students will be needing seating in poor communities of South Asia and sub-Saharan Africa, and it was no longer just a personal problem; it was problem shared by [students in] most developing countries.”

With their business ideas, both Newman and Wahdat uncovered a need that wasn’t being fulfilled, which, according to Jim Margolis ’78, GMMB senior partner and LaunchU keynote speaker, is essential for entrepreneurial success. “I think sometimes people think if you’re just passionate enough about it, you’ll get through, but that isn’t the case. You have to have a plan,” Margolis said in his keynote. You also have to surround yourself with the best people, he said: “Nothing is more important than the people you get. Surround yourself with people smarter than you. Treat them right, value them, listen to them.”

Subtletees’ Minh Jeffrey Lê ’16, winner of the Local Venture Prize, knew just how important working with the best people was before the idea of the subtletee—a limited edition, handmade T-shirt with matching pockets and cuffs—was even conceived. Lê cofounded the San Francisco-based company with his friend, Nate Stern, who, he said, has been instrumental in helping the company grow to what it is today.

“I just really wanted to do something I could call mine, so I reached out to Nate. The matching pocket and cuff idea didn’t come until later,” he said. Stern, who resides in Los Angeles, was busily preparing Subtletees’ winter line while Lê was participating in the three-week accelerator course.

Oberlin programs like LaunchU and Bonner Scholars have connected Lê with even more experienced and passionate people who can help Subtletees make an impact in San Francisco and beyond. He said the mentorship offered by LaunchU Entrepreneurship Fellow Ty Diringer ’14 has been especially beneficial.

“Entrepreneurship is kind of dreamy, very aloof. There aren’t a lot of concrete parts to it, especially in the beginning. Ty gave me a lot of concrete steps. Every time I reached a step, I felt like I was leveling up,” Lê said. “LaunchU is a great program because of the people and Oberlin alumni involved. There is just so much opportunity for positive backing.”

“I am grateful for the money, as every entrepreneur would be, but what I’m even more excited about are the relationships I formed with Ty and other [Oberlin] alumni,” Newman concurred.

“The value-added piece of LaunchU is the alumni network,” Hausman said. “Many of the people involved in the executive board have relationships with investors and angel investors. This program has drawn all of these successful alums back in, creating a network that can be leveraged by these teams.”

This year’s winning entrepreneurs and select other ventures will have the opportunity to tap into this network even further during the LaunchU Coast to Coast Investor Road Shows, happening through May. “The purpose of the road shows is to put these ventures in front of [potential] investors. A fair amount of money—in the millions—has been raised through the road shows,” Hausman said.

At the same time, the winning entrepreneurs are busy making moves to continue to grow their ventures. “We are going to attract some funding for our pilot project among two schools without seating in Nepal. Meanwhile, we are talking with some manufacturers in China and Nepal,” Wahdat said. “In 2016, we will start MyChair distribution in Afghanistan and Nepal through organizations and corporations.”

Newman and Lê said their priorities are to update their company websites with new inventory and to increase their marketing efforts. Newman is also exploring the idea of a starting mobile boutique.

“I tell people all the time, you sleep when you’re dead. [To be an entrepreneur], you have to be tough, you have to have a lot of stamina, and you have to keep going,” Newman said. “Oberlin taught me to go out in the world and change it. That’s what I’m going to do.”

Other ventures receiving honors at this year’s LaunchU accelerator and pitch competition include:

Get with the Program
Jason Williams ’05

Get with the Program
Jason Williams ’05

To learn more about these and other ventures from this year’s accelerator and pitch competition, visit Oberlin.edu. 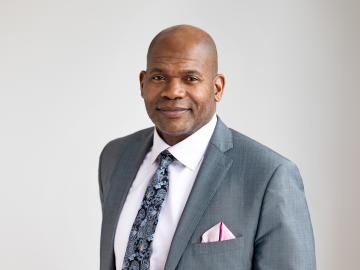 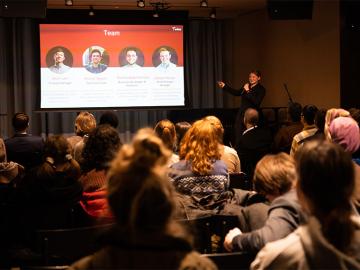 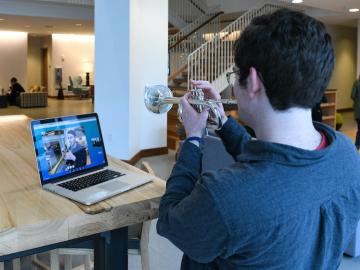