The 2016 Think/Create/Engage series begins with an evening lecture by Eduardo Bonilla-Silva, a Duke University sociologist and author of Racism Without Racists: Color Blind Racism And the Persistence of Racial Inequality in America.

Bonilla-Silva will give a talk titled "The Diversity Blues: Reframing the Diversity Agenda at HWCU (historically white colleges and universities)” at 7:30 p.m. Thursday, October 6, in Dye Lecture Hall in the Oberlin Science Center.

The lecture is part of Oberlin’s Think/Create/Engage Series 2016 theme, “The Framing of Race.” This new annual series explores complex topical issues using the tools and resources made available by the synergy of a liberal arts college, a conservatory, and an art museum. The series’ steering committee selected this theme in response to the Black Lives Matter movement and demands for immigration reform and other activism last year on campus and around the nation.

Other speakers scheduled this fall include Leslie Harris, cofounder and director of the Transforming Community Project at Emory University (October 24), and Jennifer Jones, assistant professor of American studies and gender and race studies at the University of Alabama-Tuscaloosa (November 1).

Harris, a professor at history at Northwestern University, will talk about “Transforming Higher Education: Merit, Access, and Inclusion.” She will draw on her experiences encouraging universities to have open dialogues about race and to confront the legacies of their racial history, to explore the recent upheavals at higher education institutions.

Jones’s talk, “Saving the Race,” will examine the efforts by the Southern Christian Leadership Conference’s female auxiliary (SCLC W.O.M.E.N. Inc.) to promote HIV/ AIDS education in black communities and what their programs reveal about the response of black liberals to sexual minorities in American life and law.

Professor of Anthropology Baron Pineda will present “Grey Areas: Universal Standards, Cultural Difference and Local Contexts in Social Media Content Moderation” as part of the Tea At Two Virtual Series presented by the Justice Collaboratory at Yale Law School. His talk will take place from 2-3 p.m., Thursday, November 19. Learn more about Pineda’s work in this Q&A. 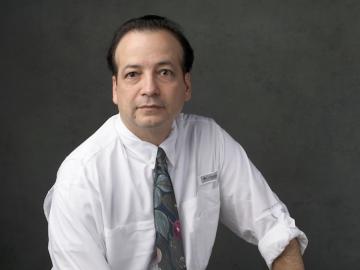 A signature Afrikan Heritage House program that gives participants the opportunity to hear and learn from Black professionals is making a virtual return. 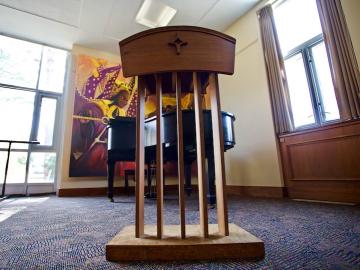