Not Today, a dance film

Three Oberlin dance students collaborated for an innovative competition that required them to choreograph, shoot, score, and produce a dance film in only 48 hours, and they took the top prize.

Attebery, a dance major with a concentration in arts management and media, says she was “in deep Facebook procrastination” when she found the contest announcement. She reached out to her dance classmates, and Gatti and Gorin were able to commit. The three met last year while performing in Alana Reibstein's ’16 senior dance show.

Predicting that they would be up against more experienced competitors, Attebery says they capitalized on their creativity and humor to stand out. “We started by just sitting at a bar table and throwing out ideas that we thought were funny. Whatever made us laugh the most we kept and tried to add to that idea. Eventually it evolved into what you see in the video.”

The film was shot at the Bethesda fountain in New York City’s Central Park. Attebery, who is from Nyack, New York, commissioned her father to compose the music for the film.

The competition was run by the Mark Morris Dance Center, which held a screening gala of the finished works on July 31 in Brooklyn. Not Today is being screened at a dance festival called Salamanca Moves in Hobart Tasmania, Australia. 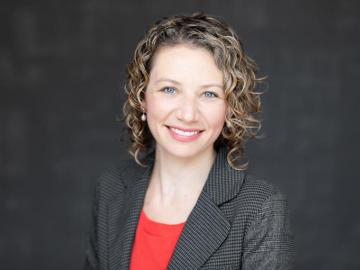 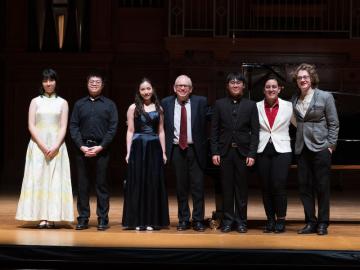 Four instrumentalists will perform with the Oberlin Orchestra in April and May 2022.