Each spring, Oberlin students are celebrated for their writing through the Creative Writing Program’s annual poetry competition. This year, four students were honored: fourth-year Sheng Kao; fourth-year Molly Bryson; third-year Sierra Jelks; and third-year Olivia Guerriero. Watch a recording of their readings , or read the full text of their works below.

Winner: Sheng Kao is a fourth-year biology major from Virginia.

Girls in school uniforms apply lipstick at the café. Sometimes talk becomes birdsong. I’m red with envy, though no one can tell. Muscle memory of our mouths. How do you hold an apple?

Like this. Flesh soft on the palate, a prayer. It’s raining at the temple but we sit with the gods anyway. I’m silent as a stray cat, strange skin, all ear-twitch and hopeless eyes. I can’t speak for want of pity. I can’t speak for fear of ghosts listening in.

They dance, spirits, in the lush dark, the lush gleam of cities that were once rice paddy. An ecosystem of unnamed bodies. Our species consisting of daylight limning fog, droplets suspended. A beautiful girl I could pass my hand through. My tongue swollen apple. I walk like light and talk like air. A guest is defined by their inevitable departure.

Ode to jetlag: the light pooling in all my joints and refusing to leave. I’m waking up in water. You can’t cross an ocean without getting clean.

“Surviving by the Brine”
By Sierra Jelks

I’m from a brutish people—hustlers, robbers, murderers--
If we’d kill each other what makes you think we won’t kill you?
Regardless of fleeing East, West, or North, quick deaths find us.

I’m from a gilded people—a singular dazzling incisor or canine.
Ladies love the gold tooth!
A flashy fang is the exceptional similarity between paternal and maternal branches.

I’m from an ironic people—generations earlier we sprinted from the plantation--
Maybe it’s painful, people don’t like remembering painful things.
Now we doggedly run back, tracing seeds to find roots,
holding tight to names that don’t belong to us.

I’m from a ravenous people—we are connoisseurs of crumbs,
Survived centuries by devouring scraps:
When the salt pork was finished, we’d eat the brine.

We’re a quilt, one fraying at the ends--
Threatening to unravel patch by patch.
The story is pieced together, rearranged and sewn.

When I found you it wasn’t on another continent--
It wasn’t Alex Haley-ian joy, dancing as the puzzle pieces fit together.
I found you in a crime, a side hustle, and a memory.

Let’s treat this moment as if it is crucial.
We know it isn’t, but let’s act as if it is:

●  A bottle of whiskey and $12.10 stuffed in an empty talcum box.
Shiny coins contaminated and dulled by the white powder.
$12.10 in 1916 is worth damn near $300 today.
●  The excuse (or is it the truth?): A fishing trip.
My father, your great-grandson adores fishing.
If the last name and the location weren’t enough, I take this tidbit as proof I come from you.
●  Patrolman Schroeder, in his whiteness, was rendered raceless.
It was world of Black—no—Negro porters and raceless Patrolman.
A world of brown skin and in its absence, a consuming nothingness.

Let me tell you that nothing about this comes as a shock or a shame.
I knew the state of your descendants before I knew you.

They fled Louisiana with their pinched up cheek-bones,
and landed in the slums of Southern California.
Their sigil became a single gold tooth.

And like you they ran into the police.
One killed during a robbery, she was the robber.
Like you, they found their paths blocked by steel bars
Or they live brief, violent lives.

As I pick and shred and tear the hangnail
under the table so he won’t see, I think
that he must clip stray skin and hair clean
of his body with silver blades,
doesn’t pop pimples or blisters,
rubs bug bites with antihistamine cream
instead of scratching them til the red welts bleed.
I bet he flosses between his teeth every night
before brushing, then swishes mouthwash, too. I bet
he washes his dishes right after using them
and dries them and puts them away
and each dish has a place. He would never
put glasses in the cabinet with the plates,
never let a spoon and a knife
bed together in the drawer.
I bet he would cut my hangnail for me.
Sit me on the bathroom counter,
wash the blood from my cuticle
with an antiseptic wipe
(he has a whole box under the sink)
and cut the string of skin at its root.
Flush it down the toilet.
Bring my hand to his mouth and lick
my raw thumb
with his clean pink tongue. 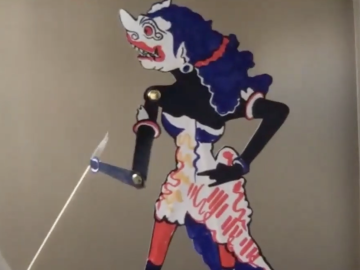