Oberlin’s Arts and Sciences Orchestra—the ensemble dedicated to talented college students and members of the community—presents its climactic performance of the fall semester at 7:30 p.m. Tuesday, December 15, on YouTube premiere. 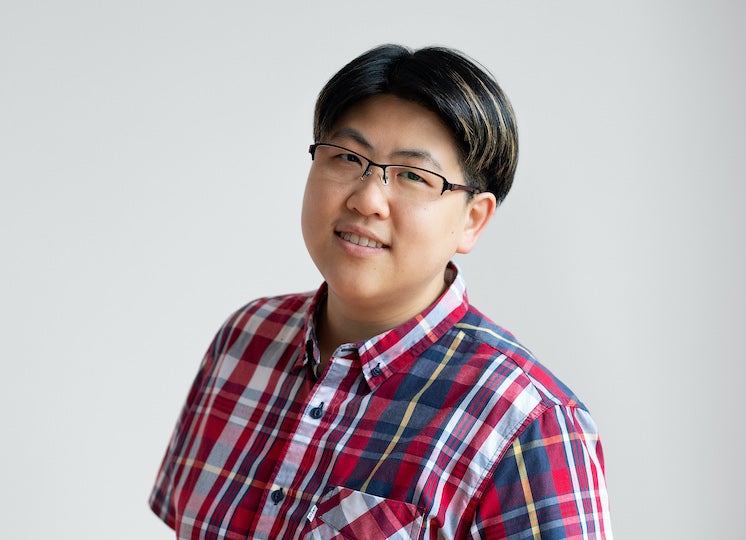 If it seems something like a fantasy that such a performance—virtual or otherwise—could happen while incidence of COVID-19 spikes to unprecedented levels, it seems far less so in light of the determination of the ensemble’s director, Assistant Professor of Conducting Tiffany Chang, a 2009 conservatory graduate.

The concert martials the efforts of the University of Rochester Symphony Orchestra, Chamber Orchestra, and Chamber Singers; a distinguished lineup of Oberlin alumni vocalists; faculty pianist Peter Takács (pictured right); the Verona Quartet (Oberlin's quartet in residence for 2020-21); the Oberlin Dance Department; a chorus made up of students and friends of Oberlin—and of course, the Arts and Sciences Orchestra, which also included 16 conservatory musicians, many of them as teaching assistants. 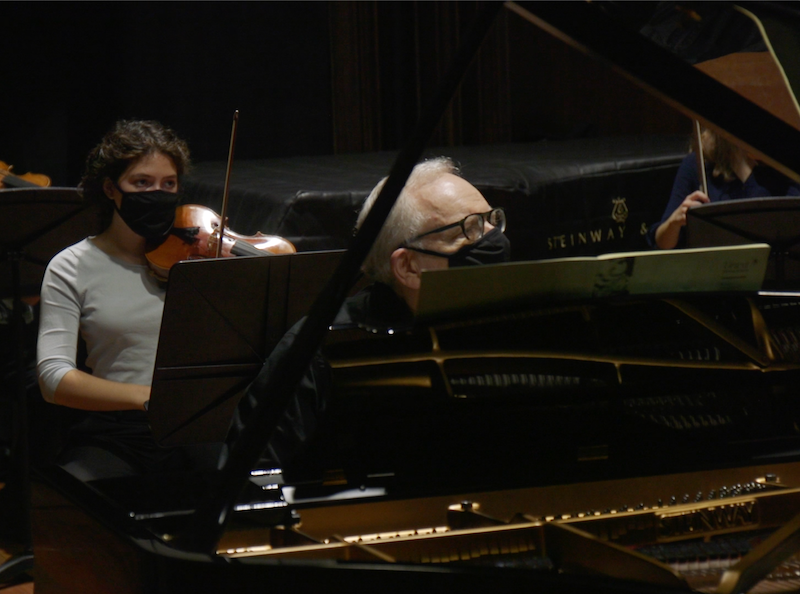 Chang chose the selections from Captain Marvel in response to sustained input from her orchestra students, who routinely ask to perform film music—but also for the significance of its Turkish composer, Pinar Toprak, the first woman to compose an original score for a Marvel movie.

“I felt that it was the right choice, given all that’s happened in the world recently,” says Chang, who arranged the three excerpts for the unusual instrumentation available to her, including a considerable wind section and minimal strings. 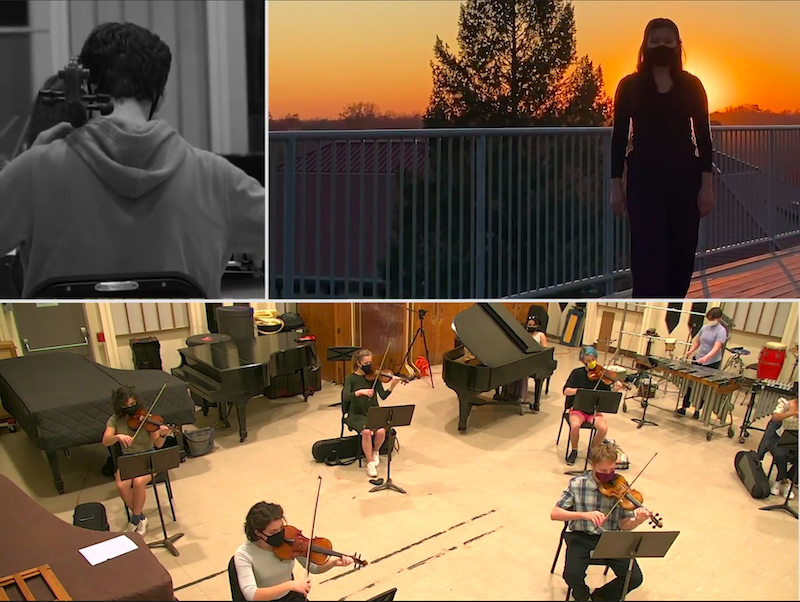 Little’s Haunted Topography afforded the opportunity for collaboration between Chang’s orchestra and the Oberlin Dance Department. Dance student Tyfun Zaidi ’24 developed original choreography to Little’s evocative work, about a mother coming to grips with the death of her son in the Vietnam War; Oberlin dance students recorded performances of Zaidi’s choreography in locations across campus—some well-known, some obscure—and around Oberlin. (A still image from the video is seen at right.)

Choral Fantasy—which Beethoven wrote in 1808 as the concluding piece of a benefit concert that also included the premieres of his fifth and sixth symphonies—had already been envisioned as part of Oberlin’s continuing celebration of the 250th anniversary of the composer’s birth. It was originally scheduled to take place in October in Finney Chapel, in a world not gripped by pandemic. Instead, it was painstakingly prepared by Chang’s musicians and those from Rochester who joined in the collaboration, with each musician or ensemble provided a previously recorded track as a guidepost for their own contribution, and each successive track ultimately blended, layer by layer, into a final recording.

Audio for the Toprak and Beethoven was produced by Grammy Award-winning engineer Stephen Roessner, a faculty member at Rochester. The accompanying video presentation—as well as the audio for Little—was produced by Chang, who oversaw numerous video shoots during rehearsals on campus and devoted untold numbers of hours to splicing shots at her computer. 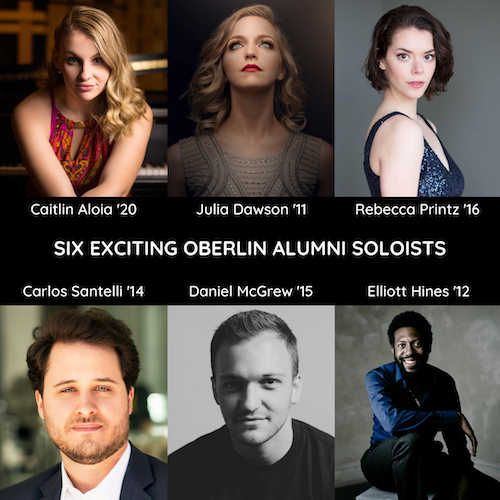 Also featured is a virtual choir made up of more than 60 Oberlin students, faculty, parents, alumni, staff, and other musicians from around the world, led by Olivia Fink '21.

In addition to 35 minutes of music, the program includes a brief intermission segment that peers behind the scenes and includes reflections from participants in the project.

Oberlin’s collaboration with Rochester—which includes Choral Fantasy as well as Captain Marvel—grew in part out of Chang’s friendship with Rochester conductor Rachel Waddell, whom Chang met in 2019 at the Hart Institute for Women Conductors, presented by the Dallas Opera.

“We actually didn’t start by saying, ‘Oh, let’s combine our orchestra ensembles!’” Chang says. “I was designing this virtual component because I knew we wouldn’t be able to have a real, live one. I really didn’t want it to be a traditional livestream experience. I wanted a more visually engaging experience that adds to the music in some way or that correlates to the music in some way.”

Ultimately, the challenges faced by Chang mirrored those of her Rochester colleagues. Joining forces for the performance, as well as the semester’s workshops and other shared experiences, simply made sense to everyone involved.

“It’s amazing that we were able to pull this off,” says Chang, who devoted countless hours to producing the final piece, in addition to various trailers and other promotional materials. “To have all of these moving pieces fall into place exactly when they were supposed to…it’s a miracle. I can’t imagine if something would have happened in, say, October. If we would have had to shut down or modify our activities further, none of this would have been able to happen.”

For that miracle, Chang credits the steadfast dedication of Oberlin students and administrators, who adhered to the campus’ stringent guidelines and sustained an extremely low rate of infection throughout autumn, even as cases spiked in surrounding communities and elsewhere.

“The plan I devised in summer went surprisingly smoothly,” she says. “It happened just as planned.”

“But I also hope this way of presenting music and musicians creates a little more intimacy and more of a sense of the power of collaboration, that there is a lot of power in bringing a lot of people together.”