In Celebration of Toni Morrison: A Gesture of Love and Reflection

On the occasion of novelist Toni Morrison’s birthday on February 18, people from all over the world are invited to participate in a gesture of love and reflection; an intentional proclamation to honor a woman whose body of literary work is celebrated the world over.

She is a global citizen who left this world enriched by her presence here. —Johnny Coleman

Toni Morrison’s ties to Oberlin College and Lorain County can be traced her childhood in Lorain, Ohio. Born Chloe Ardelia Wofford, she grew up captivated by stories—narratives and oral histories—told to her by her parents, grandparents, and others in her close-knit community. These stories would help shape her view of the world outside her working- class upbringing, and provide the basis for the recurring themes in many of her novels: humanity, community, love, loss, memory, and the devasting effects of poverty, enslavement, racial hatred.

From her first novel, The Bluest Eye, to her 11th and last, God Help the Child, the impact of Morrison’s life and the breadth of her work qualitatively has inspired generations of writers, whose work has come to be read, and to whom the writers are speaking.

Oberlin College’s Alan and Irene Wurtzel Theater will be the site of a daylong commemoration of Morrison on February 18—‘‘In Celebration of Toni Morrison: A Gesture of Love and Reflection.’’ The live-streamed event will be presented and experienced in real time, from 9 a.m. to 6 p.m.  Persons may also call in to 440-775-5493 to share a tribute.

Anyone who’s been inspired by and is interested in expressing their appreciation of Morrison is invited to read an excerpt from one of her books, offer an anecdote, or share their feelings in what organizer Johnny Coleman wants to be a gesture of love: an intentional coming together across region, generation, culture, and nation to celebrate her as one village.

Coleman, an Oberlin College professor of studio art and Africana studies, developed this idea upon learning of Morrison’s death. Honoring her on the day of her birth is a means to acknowledge her life and the significance of her work.

Toni Morrison was the first African American woman to win the Nobel Prize in Literature, in 1993, for ’‘the most outstanding work in an ideal direction.’’ She has written 11 novels; children’s books that she coauthored with her son, Slade Morrison; literary criticisms; a play; and essay collections.

Her first book, The Bluest Eye, was published in 1970, followed by Sula in 1973. Song of Solomon, published in 1977, received the National Book Critics Circle Award that same year. Beloved, published in 1987, earned the Pulitzer Prize in 1988. Her books regularly appeared on the New York Times Bestseller list and are often featured as book club favorites by television icon Oprah Winfrey.

In addition to her own work, largely published by Alfred A. Knopf of New York, Morrison championed the work of many African American and African writers during her time as an editor at Random House. Among them were Angela Davis, Muhammad Ali, Toni Cade Bambara, and Gayl Jones.

Morrison, 88, died August 5, 2019, of complications of pneumonia at Montefiore Medical Center in the Bronx.

As part of this unique celebration, we invite you to send us a recording. This recording could be the reading of a favorite passage from one of Morrison’s writings or speeches, or a personal memory or feeling. What you decide to send in is up to you. Your submission will become part of the larger audio component put together by the organizers.

The Story Behind the Gesture

Retired Professor of Religion A.G. Miller and Professor of Studio Art and Africana Studies Johnny Coleman discuss the purpose of the gesture, a means to recognize the significance and global impact of Toni Morrison and her literary contributions.

The Gesture DescribedListen to Discussion 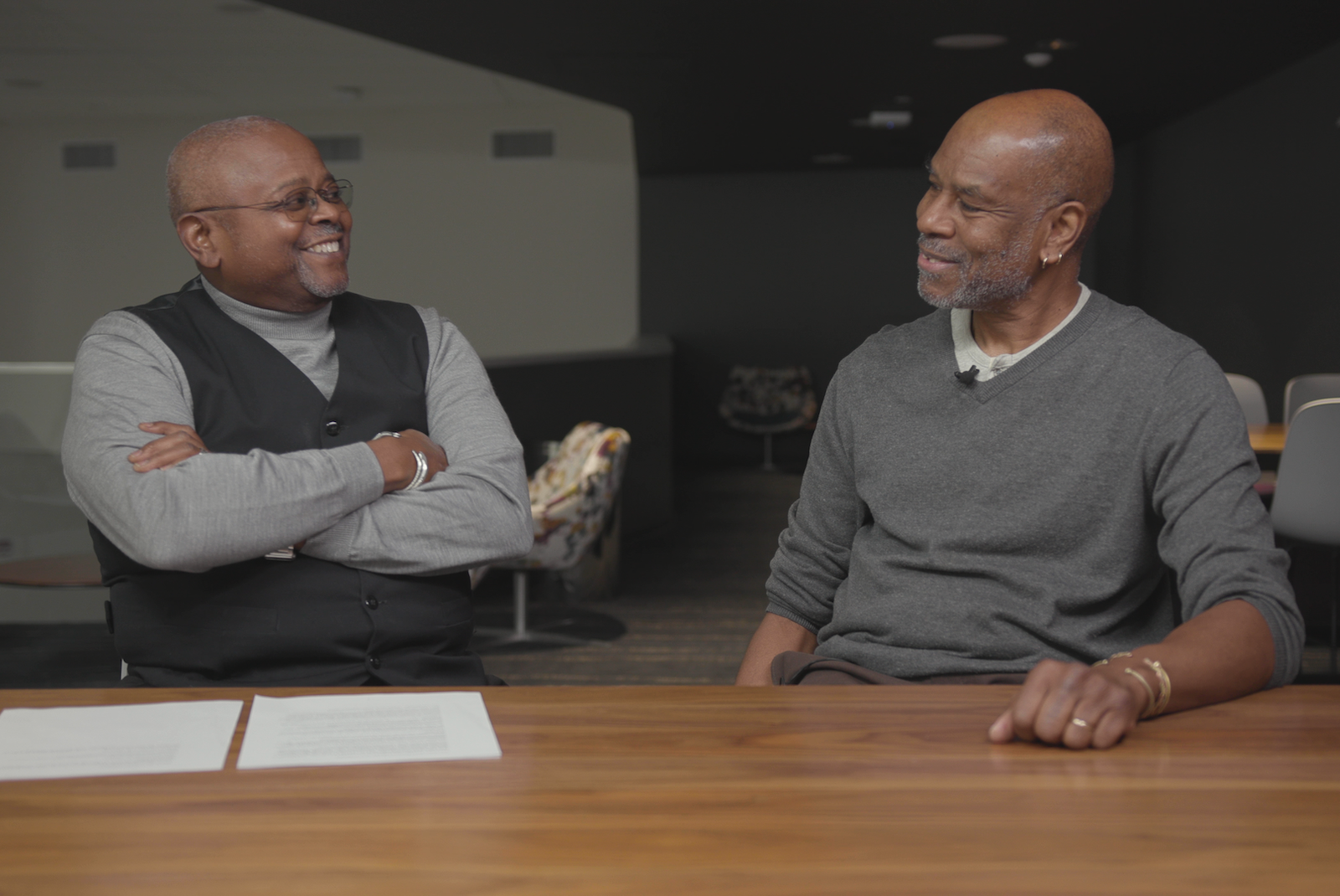 ‘‘In Celebration of Toni Morrison: A Gesture of Love and Reflection,’’ is made possible in part by the Office of the President, the Toni Morrison Society, Department of Africana Studies, Mary Church Terrell Main Library, Center for Information Technology, Oberlin Center for Technologically Enhanced Teaching, and the Office of Donor Relations.

Bench by the Road

‘‘There is no place you or I can go, to think about or not think about, to summon the presences of, or recollect the absences of slaves; nothing that reminds us of the ones who made the journey and of those who did(not) make it. There is no suitable memorial or plaque or wreath or wall or park or skyscraper lobby. There’s no 300-foot tower. There’s no small bench by the road. There is not even a tree scored, an initial that I can visit or you can visit in Charleston or Savannah or New York or Providence, or better still, on the banks of the Mississippi. ...’’
-from Melcher Book Acceptance Speech

The Bench by Road occupies a circular green space at the intersection of Main and Lorain Streets in Oberlin.