“My Oberlin friends came from... all over the place. All races and all faiths, they had attended both public and private high schools... they were independent, intellectually curious, intelligent, and involved.”

An only child of Canadian parents, I grew up in Cincinnati, Ohio. My dad was a Procter and Gamble Company executive. My mom, who wasn’t employed, was (and is) a force nevertheless. Home was a happy place. No drama there. We were a traditional, politically moderate, middle class family.

My suburban high school was conservative. I may have been the most liberal student there. Although my parents might have once described me as underachieving, I was in the top 5% of my class. Like many teenagers I was mostly interested in my social life, although for at least an hour every day, I gave up the phone and practiced the piano instead. I received several awards for music and once played Grieg’s Piano Concerto with my high school band.

In the fall of 1966, my senior year in high school, many of the nation’s best universities - Harvard, Princeton, Yale, Dartmouth, Brown, Williams, and the University of Virginia - were all-male. Those that were co-educational - Stanford, Cornell, Penn, Michigan - were fiercely competitive as baby boomers headed to college in droves. Many smart girls went to all-girls colleges.

We took the college tour. My mother wisely advised that college should expand one’s horizons. “Students on your college campus should not be just the same as you are,” she said. My dad cautioned me about racial bias and discouraged me from applying to college south of the Mason-Dixon line. I refused to consider any college without men.

And so I went to Oberlin -- where the academics were rigorous, my interest in music could be accommodated, the student body was diverse, and there WERE men.

My Oberlin friends came from Fort Wayne, Washington, D.C., Chicago, New York City, Cleveland, Ann Arbor -- in short, from all over the place. All races and all faiths, they had attended both public and private high schools. Like my family, they were independent, intellectually curious, intelligent, and involved. Even casual conversation was serious-minded.

Yes, some students were intolerant; others were intimidating. Those who valued political activism and SDS, Marxism, and/or co-ops rightly pigeonholed me as a bourgeois WASP.

Undeniably, Oberlin expanded my worldview. I ate my first bagel at the Oberlin snack bar, began a daily habit of reading the New York Times, and fell in love several times. Teaching was generally excellent, and Russian and British history became academic passions. I studied Russian language first in Oberlin and then in Leningrad, and spent my junior year at the University of Aberdeen in Scotland. Although athletics were not available to Oberlin women at that time, friends involved me in synchronized swimming and cheerleading. We even demonstrated in Cleveland against the then-Presidential candidate George Wallace and at graduation against the bombing of Cambodia.

Almost forty years later, my happy and fortunate life has not mirrored the Oberlin “ideal", if there is one. Although a full-time career was my first goal, motherhood prevailed instead. Parenting brought out my conservative side, and I am no longer a liberal Democrat. Not an athlete in college, now I swim every day. My husband, whom I met at Cambridge University in the UK the year after graduation, is an investment banker. We live in an affluent community.

Over the years, however, my values - planted in childhood, nurtured at Oberlin, and reinforced through marriage and adulthood - have never really changed. I value family, leadership through personal action, compassionate behavior, public education in a democratic society, inclusive organizations, and charitable giving for its own sake rather than for social prestige.

My proudest volunteer accomplishment was my election to the Greenwich Board of Education in 1997 for eight years, the last four as Board Chairman. With like-minded colleagues, we tried to raise academic standards and to institutionalize accountability for student performance. In addition, I have served on a number of organizational boards, including the YWCA, the YMCA, and the First Presbyterian Church. I am a new Oberlin College Trustee.

Unquestionably, our greatest legacy is our three children, who are happy, successful, and now grown. It pleases me that, for each, service is an important component of their future vision. The oldest, a Harvard graduate, is now 30 and a US Navy SEAL officer with a passion for politics. The second attended Stanford University, now attends University of Pennsylvania Medical School, and seeks a residency in transplant surgery. Our daughter, 24, also attended Harvard, now works for Google, and contemplates combining an MBA with a career in either educational or health management. 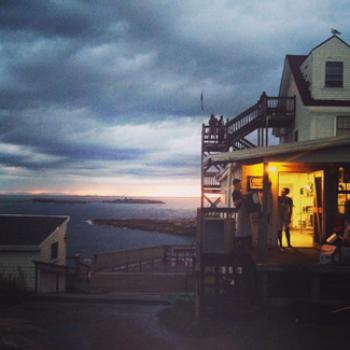 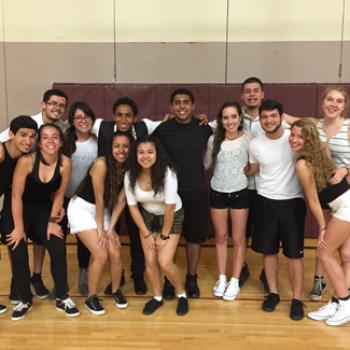