“it is a collaborative organization that seeks to educate students and community members and promote political action, no matter which side of the aisle a person happens to fall in.”

There are day-to-day activities, organizations, ExCos, jobs, and clubs. Oberlin students are overextended, me included. We have too many interests, think too many things are too cool to pass up, and want to do too much. It all comes down to the decision making: what you like the best and what to make part of your daily life. This is a difficult process. Some students choose to never make the decision, to do ten thousand things and dabble in everything. I suppose there are some that don’t take advantage of anything here (but I don’t know those folks). For the majority of us, however, we have to shop around to figure out what strikes our fancy and choose what to stick with.

During my first year, I got involved in a ton of things. It was college, after all. The sky’s the limit, the world our oyster. It was the place where my dreams of being an actress would be cultivated. I got involved in theater, music, and dance—took a tap dance class ExCo, sang in a choir, acted in a show, and was a member of the two student theater boards. Everything was a lot of fun and I had a great freshman year. However, by the time sophomore year rolled around, I realized that I might not be cut out for the life of a triple threat performer. My interests were going in a different direction that was not reflected in my activities. I was now leaning toward involvement as an activist.

I had always been interested in politics. I even had a general idea that I wanted to major in politics. Throughout my freshman year I had received e-mails from the Oberlin College Democrats, but because I hadn’t joined at the beginning of the school year, I was too nervous to go to a meeting. By the start of sophomore year, however, I had gained confidence and was ready to attend. I grabbed a friend who had also never been to a meeting and we broke the ice together. Conveniently, the meeting time was at 10 p.m. on Wednesday nights, right after the Musicals of the Stage and Screen ExCo I was taking.

Bravely, I attended the first meeting of the semester. My trepidations were unfounded, however—everyone was super nice and very welcoming. It turned out that there were a lot of new students: upperclassmen who were new to the organization as well as freshmen who were new to Oberlin. We went over new business and old business, and I got to know how the organization worked. It was the fall of 2010 and the midterm elections were coming up. Our first project was to mobilize the campus to register to vote. This was a huge operation. With almost 2,900 students at Oberlin, 91 percent of whom lived out of state, we had to convince people to vote in Ohio, register them to vote, and make sure they turned out to the polls on Election Day. I played a small role in the whole process by carrying around registration forms on a clipboard and walking around dorms to help students to register. By early October, we had registered a third of campus.

In early October one of the OC Dems cochairs mentioned the opportunity to travel to Columbus to see President Obama speak at Ohio State University. On Sunday, October 17, I found myself carpooling with a bunch of other OC Dems—most of whom I didn’t know—down to OSU. After lunch we stopped at the Ohio Democratic headquarters, where we did some phone-banking for Obama. We walked down High Street together, then proceeded to the Main Oval at OSU where the event would take place. It was one of the happiest and friendliest crowds I had ever been in—all smiles and laughter as we eagerly anticipated seeing the president of the United States.

The opening event was pretty outstanding too—not only did we hear from a senator, a representative, the mayor of Columbus, and a former astronaut, but we also got to see singer John Legend perform and First Lady Michelle Obama address the crowd. Finally, Barack Obama came to the stage. His speech was like a rock concert and got everyone fired up. We really believed we could change the world, or at least elect Democrats to Congress and state positions that could help change the world.

As moving as his speech was, it wasn’t the highlight of the day. It might sound corny, but the best part was getting closer to my fellow Obies. I felt like I was part of the group, and the event cemented me to the organization. It helped me bond with other people who had similar beliefs and values and the same spirit of activism.

I’ve continued to be involved in the OC Dems throughout my time at Oberlin. In the spring of 2011 we brought former Wisconsin Senator Russ Feingold to campus. I collected signatures around campus to help put SB5, an anti-union bill against collective bargaining, on the ballot so that Ohioans could repeal it. We worked with other activists around campus to drum up support in Oberlin for repealing the bill. Together with the Student Labor Action Coalition, we organized the Labor Solidarity Rally in Tappan Square that featured speakers from across Lorain County. Fortunately, enough names were collected for the bill to be put on the ballot, and the bill was successfully repealed in the fall 2011 election. This coming fall, we’ll be working on registering voters for the 2012 elections and educating students about candidates. The work doesn’t stop at Oberlin College though. We’ll also going to be out in the community to knock on doors and make phone calls.

OC Dems is more than just a single-cause club; it is a collaborative organization that seeks to educate students and community members and promote political action, no matter which side of the aisle a person happens to fall in. OC Dems is my outlet to activism, and I know that wherever I end up after college, the things I learned as a member of the OC Dems will continue to influence what I do. 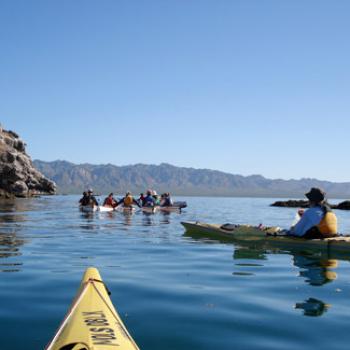 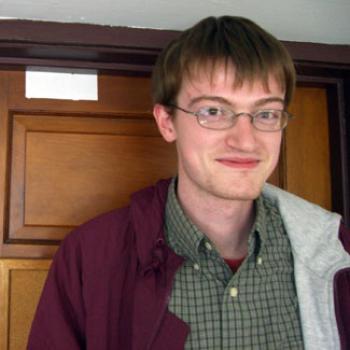 On the Oberlin Catholic community

“I discovered that it was exactly the type of diverse community I was looking for. People of all religious stripes were there: converts, lifelong devotees, Anglicans, and even spiritual hobos such as... 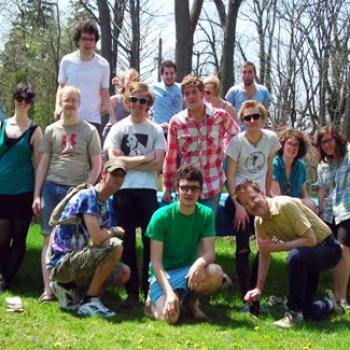 On her 4-6 a.m. show on WOBC, the student-run college radio station

“Walking to and from Wilder in the middle of the night was extremely surreal, and I remember vividly how excited I was to share music with whoever was awake during my “rite-of-passage” first-year...