“Never before have I felt that excited about a story I was telling, which became all the more empowering when I realized this story was also my life.”

There’s nothing quite as empowering as the moment you realize your story deserves to be told. That realization didn’t begin to form for me until I took my first creative writing class at Oberlin spring semester of first year.

I had taken some creative writing classes in high school. Back then I was convinced that sex and death made every piece better—even though I was a virgin and had an eighth grader’s understanding of intercourse—so all of my pieces inaccurately related the two and led to concerned meetings with my teacher. High school wasn’t some John Hughes fantasy where I suddenly blossomed into Molly Ringwald, waiting for true love to inevitably jump me like an angst-ridden girl at a One Direction concert, but it was mostly spent at my house every weekend hating myself as I stalked the endless Facebook photos depicting parties I wasn’t invited to. Because of my own anxieties, I told myself that my story didn’t matter and, in the process, that I didn’t matter.

That was high school me. I’m pleased to say I have changed since I arrived at Oberlin. As early as the first day of my first year, I met other first-years who introduced me to concepts and ideas that I could never have comprehended during my closeted (in more ways than one) high school years. They were the kind of people I always dreamed of meeting: smart, kind, funny, but with an indefinable quirk that I call “the Oberlin Factor.” It was a quirk that made them unique, successful, and revolutionary in their desire to make a difference in the world. I finally found “my people,” so to speak, because I like to think that I have the Oberlin Factor, too.

It was my first creative writing class, though, that really opened my eyes to the potential that Oberlin offered me, and still offers me. (Last year as a sophomore, I declared a creative writing double major along with cinema studies and a minor in French). That first class—Intro to Fiction with Azita Osanloo—showed me that no, I don’t have to resort to sex and death because my actual life is, believe it or not, worth writing about. After I wrote an absurdly tragic short story about a struggling nudist colony that was not received well in workshop—probably because I have never lived in a nudist colony—Azita encouraged me to use my past as inspiration. She explained that whatever happens in workshop, stays in workshop, so there was no need to be embarrassed to share something personal.

With that in mind, I wrote a fictionalized account of my mother’s relationship with my grandfather, who lives in a nursing home and frequently forgets that he has kids. The reactions I got to that piece were ecstatic, including one girl who asked me if she could read the second draft once it was finished. Never before have I felt that excited about a story I was telling, which became all the more empowering when I realized this story was also my life. I finally understood: My story deserves to be told.

I took further creative writing classes after that, including a nonfiction workshop that forced me to use my past as inspiration, and read the real-life stories of other creative writing majors, which opened my eyes to the fact that, at our core, Oberlin students are storytellers. We come together as a community of voices that aren’t afraid of the impact our voices will have. That’s the Oberlin Factor: the fearlessness in sharing our stories is what’s going to change the world. 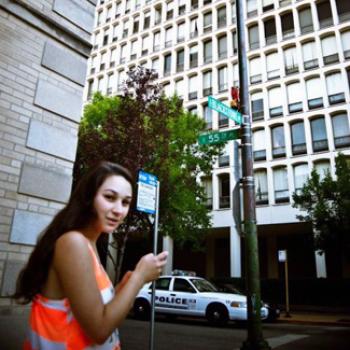 “Among the many things I’ve learned from my best friend is to be proactive about my life. You can’t just sit around and wait for opportunities to come to you - you have to take matters into your own... 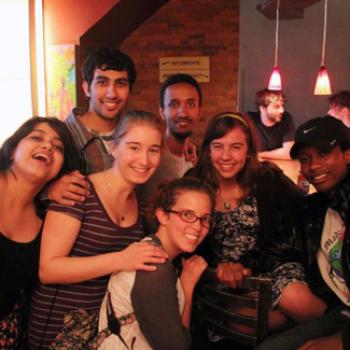 On being an international student at Oberlin

“The international student orientation days always come to mind as serving as the springboard that launched me headfirst into the charms of Oberlin’s diverse and global connections.”