It was December 18, 2011, and I was one paper away from finishing my first semester of college. There I was, sitting in the third floor of the Mudd library, trying fruitlessly to focus enough to write a simple four- to six-page paper and then, finally, relax. My efforts were failing though because December 18 also happens to be my birthday. I had not told anyone except for my roommate, and since I don’t list my birthday on Facebook, I assumed the day would go under the radar. I just wanted to finish my finals and go home, where I could celebrate my birthday with my family and friends.

When the clock hit three in the afternoon, I stopped working and headed to a meeting for Oberlin Young Educators. We were trying to bring the highly acclaimed spoken word poet Taylor Mali to campus, and wanted to have one more meeting to delegate tasks before the semester ended. I was a bit late because I had forgotten that our meeting was in the Science Center, instead of in Mudd as our meetings often are. As I walked into the Science Center, my roommate came up to me with a balloon. “Happy Birthday!” she said, handing it to me. I was confused. “Where is the meeting?” I asked her. When she told me to pop the balloon, I saw it had a tiny piece of paper inside it.

My incredibly sweet and thoughtful roommate had organized a surprise scavenger hunt for me. So that was why I had seen one of my friends holding a balloon and avoiding eye contact with me when I left Mudd! Had my roommate known that I had secretly always wanted to do a scavenger hunt for my birthday, ever since my older sister had one when I was 8? Probably not. Regardless, my day was made the moment she handed me that first balloon. The first clue took us to Kahn, our residence at the time, and subsequently all over campus. The funny clues about going to aerobics (Hales) and the Special Collections (fourth floor of Mudd) had been a collaborative effort of all of my friends, one of whom was there to greet me each time I figured out the next clue.

There were 19 balloons, clues, locations, and friends in total, since that was how old I was turning. Walking from Dascomb to Peters to Carnegie, adding a new person to our ever-increasing group the whole way, is one of my best moments at Oberlin. Other people still had finals, too, but no one was thinking about that as we laughed together, in an enormous pack, looking like the first years that we were. As we ended in Tappan Square, the last clue read, “Go back in time to eat your favorite food...” with a small picture of an ice cream cone. I squealed with glee and we all headed to Yesterday’s — which unfortunately does not exist anymore — where my roommate had ordered a small ice cream cake for all of us.

As I sat around a table surrounded by friends, many of whom did not even know each other but were still all talking together, I could not believe how happy I felt or how lucky I was. The people I have met at Oberlin are some of the kindest and most genuine people I know. At Oberlin, it is easy to find yourself buried up to your shoulders in work and extracurricular activities (I am definitely guilty of this). However, some of the best times I have had thus far at Oberlin were when I took a step back and just hung out with friends. I truly think that Obies are extremely smart and passionate people and that I learn and grow as a person just from conversations I have with others. I can’t wait to have many more similar Oberlin moments. 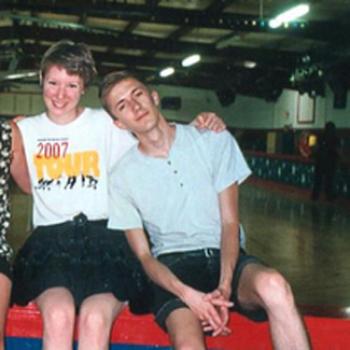 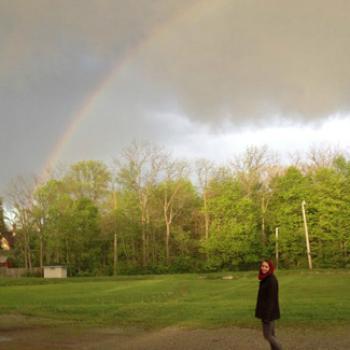 On finding the lull in the storm

“I have learned the value of quiet... that taking a break from thinking so hard to just feel for a moment is what makes me happiest at Oberlin.”