After spending hours researching sites, contacting site leaders, reading participant applications, holding introductory meetings, and driving all day, we had finally arrived at our service site. Anxious to move around after a long day of travel, 12 other Oberlin students and I unloaded ourselves and our belongings from our minivans into the chilly Kentucky night. We were greeted by the owner of Open Ground, a man named Don Boklage, and followed him upstairs to the room we would all be sharing for the next week. Don then led us back outside into a small field, and gave us a tour of the constellations above.

My coleader, Katie, and I actually knew very little about what to expect about the upcoming week. Through limited phone and e-mail contact, Don had described to us that Open Ground was a place for marginalized groups of people to come and gather and learn about themselves and each other through spending time creating art and being in a rustic country atmosphere. We were assured that our help would be greatly appreciated, but really had no idea what we would be doing.

This was my and Katie’s first time planning a service trip for the student organization Immerse Yourself in Service (IYS). We became friends a year before as participants on an IYS spring break trip to New Orleans, which was a truly amazing week. But now we had planned this trip, to a location far less popular than the city famous for hosting one of the best parties in the world. And we were here. We were surrounded by the landscape we had seen only online; we were listening to Don’s voice in person, which we had previously only heard on the phone; and we were standing next to Oberlin students whom we knew about only by reading their applications.

The next morning at breakfast, after taking turns telling all of the creation of the world stories we knew, Don handed us a list of various projects he wanted us to work on during the upcoming days. The list was intimidating; I had no idea how to go about working on tasks such as repairing a goat fence, creating an outdoor cabinet, or transplanting apple trees. I ended up mostly working on repairing terraced strawberry beds made out of old tires and creating a grape vineyard.

The days started early, and consisted mainly of digging holes, planting, and tamping the soil, but we were always rewarded by a delicious meal and each other’s company at the end of the day. During breaks we would jump on the trampoline or play on the swings, or all join in for a quick game of mafia. There was no explicit schedule, so we were free to dedicate ourselves to one specific project or take part in as many activities as we could. Evenings were filled with rounds of lap tag, games of miniature tanks, throwing pottery, or playing more mafia.

Within a few days of hard work and play, the group transformed into a family. It was incredible how well everyone got along, and how quickly it happened. Throughout the week, so many tight-knit connections were formed among people from various niches of Oberlin–people who otherwise would have probably never even met each other. Through working, eating, playing, singing, and living together for just a week, we formed a cohesive group that fostered permanent friendships.

What is even more remarkable is that everything we accomplished at Open Ground was done on a volunteer basis. My coleader, Katie, and I volunteered our time to organize the trip, and all of us had volunteered our spring breaks to venture into the middle of Kentucky to do service work. That’s not to say that all of us didn’t benefit tremendously from participating; we got to spend a week working outdoors, doing meaningful work surrounded by friends. We learned to use tools like come-a-longs and soil tampers and discovered how to work effectively as a team to accomplish our communal goals.

This trip was my third time traveling with IYS during an academic break. Since then I have returned with another group to Open Ground. After four unique trips with IYS, I have had countless wonderful experiences and met so many truly amazing people. Spending a week with a group of diverse college students, away from all the schoolwork and responsibilities we typically endure, allows everyone to dip back into their youthful spirits, enjoy hard work, get to know some new faces on campus, and make some lifelong friends. 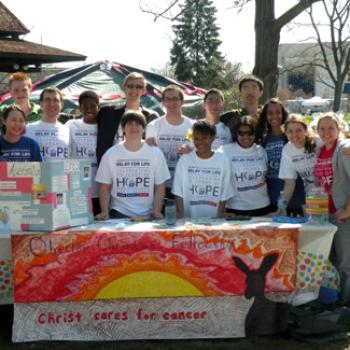 “My freshman year, I joined the planning committee for Oberlin’s first ever Relay for Life. For the event, I started my own team: the Pirates Dueling Cancer, decked out in black and red pirate attire...

On venturing outside the Oberlin bubble

“The trips I took to the city of Akron during the cold of Ohio’s winter months introduced me to an entirely new world—a world in which my political and social assumptions were challenged in entirely... 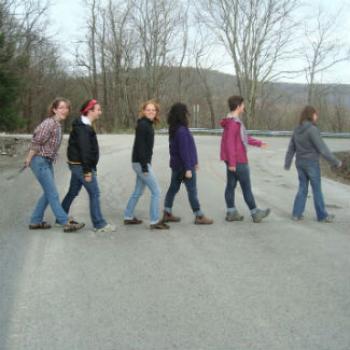 “I appreciate the drive of everyone in the IYS leader group and their willingness to continue reflecting and moving forward with our ideas and work. ”