“The moment of revelatory tenderness I try to capture in this poem, exposed as it was by this rough game, meant as much to me as anything else I experienced as a student and remains very poignant to me today.”

Author’s Note:
As a boy I played football and for a variety of reasons it meant a whole lot to me. I truly came to love the game and admire many who played it. Though relatively small (for football) I was determined enough to play regularly in high school, and Oberlin, being a Division III school, gave me a chance to continue playing. I had no idea how I’d measure up at the college level--it was a true leap into the unknown. I ended up landing on my feet and became a starting defensive back for the Yeomen. My memories and experiences of practice and games are among the most intense of my Oberlin career. I went on to be successful academically, but the moment of revelatory tenderness I try to capture in this piece, exposed as it was by this rough game, meant as much to me as anything else I experienced as a student and remains very poignant to me today.

In the shower after practice
blood dripped from my nose
often. I’d deduced
my helmet’s padded lining
meant I could lead with my head.
The game’s hard, and scary
until you trust your pads
or come to alternative
internal arrangements.
Then you can look into woods
circling the field, half listen
to coaches who know
by now you give a damn.
Leaves leap and settle
as if shaking free when they
tell you you’re playing for pride.
O sweet trauma heaped
on gray cells autumn
afternoons, wind shearing
through jersey mesh
reeking unlaunderably
of my predecessors’ and
my toil. O first chosen
family. One season
our hardest hitting senior
shocked the locker room
with sobs after his last
game: sorrow as objective
as pain the body will not
swathe in sleep.
No coach tolerates excuses
that begin I thought
but I was too unpracticed
to do anything but think.
It took a coach
to hold him in his arms. 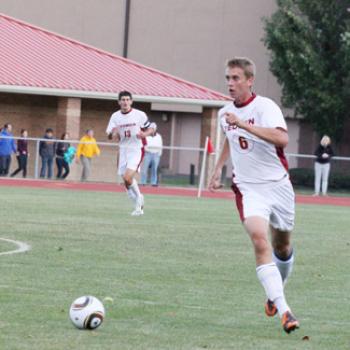 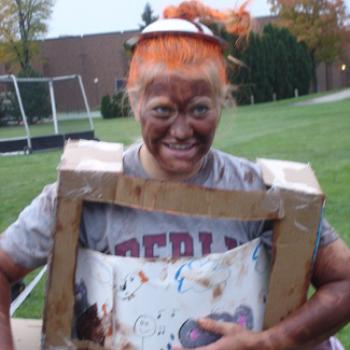 On the freedom to be herself

“At Oberlin, for the first time I was able to venture well outside-the-box without criticism. For Halloween, the soccer staff allowed the players to dress up for practice ... [and I] decided to be a... 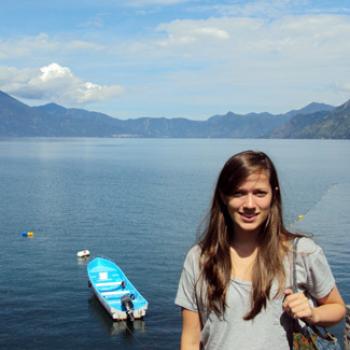 On discovering intramural sports at Oberlin

“At Oberlin, I expected to just exercise my mind; playing intramural basketball gave me a chance to get moving and be a part of a team.”