“Our relationship began with laughter and silliness, and Kelin has been my dorky big sister away from home ever since.”

First a disclaimer: This story does not geographically take place in Oberlin. However, this story does take place in a setting in which I am surrounded by other Obies, which, I would argue, qualifies as Oberlin too. After all, the people always make the place.

This story occurs in October of my first year. It is fall break, the first time off since starting college, and time off that was sorely needed. That is not to say that Oberlin is break-worthy. College is just hard work, and new experiences in particular—like starting a new life in college—tend to be exhausting; not necessarily in a bad way, but exhausting nonetheless.

So I was ready for this break from classes and assignments. I needed to escape. I needed to relax. However, unlike most Obies, I was not going home to my family for fall break. Instead, I was headed to South Carolina for a swim team training trip. If you aren’t sure what that is, then you are in the same position I was in as I anxiously climbed on a bus heading south with 40-some teammates (most of whom I only knew superficially at the time) and settled in for the ride.

The training trip was many things. It contained many surprises,but mostly good ones. It was hard work, but a different kind than school work. It was a welcome change in scenery, and a shift in tone from my newfound college routine. It had its own routine: eat, practice, eat, practice, eat, sleep, repeat. In between all of that, we spent our down time playing games, watching television, and generally hanging out. For me, perhaps the most important thing that manifested itself on the training trip occurred in those little in-between moments. In those moments, I made some of the most important friendships I have ever made.

As you might have noticed, practice took up a large portion of our time on the training trip, as did eating. This makes sense: when you swim, you get hungry—really hungry. On one particular evening, the coaches prepared a special dinner for us, and we were all lining up outside the dining area waiting to charge for the food. Earlier that day, my roommate Jebran had locked us out of our room when he lost his key. Jebran was a senior, and quite a character. I intended to give him a hard time for locking us out (don’t worry, he provoked this by teasing me previously). So standing in line, I shared this story with the girl next to me. I said, “I dare you to say, ‘I can’t believe Jebran locked you out of your room already. We just got here!’ really loudly.”

She chuckled and responded, “No, you should say it!”

And I triple dared her.

Finally someone said, “I dare you TIMES INFINITY!”

Did I just say that? I’m such a DORK!

Actually, we both said it at once. To be honest, shrieked would be more accurate.

Tied again. And then we were laughing.

That was my first real interaction with Kelin Michael, one of the best friends I have made at Oberlin. Our relationship began with laughter and silliness, and she has been my dorky big sister away from home ever since. She just graduated in May, and I miss her so much.

Since my first year at Oberlin, many friends have come and gone. Some, like Jebran, were seniors when I was a first-year, and I only got one year with them. But one year was enough to make lasting friendships. Jebran goes to medical school in Houston now, so I still get to see him occasionally when I go home. I was lucky enough to have three years with Kelin, and after all my time at Oberlin with her, Oberlin will be quite different without her.

But like I said before, the people make the place. That means two things. For one, Oberlin is a really great place. And two, when people like Kelin move away, Oberlin just gets bigger. 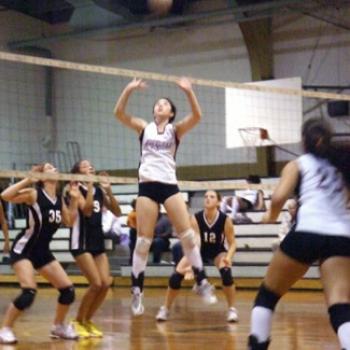 On her first home volleyball game at Oberlin

“It had been my dream to play college volleyball since I can remember and as I stood star struck looking up at the flag, I could not help but smile and realize that I had done it. I was living the... 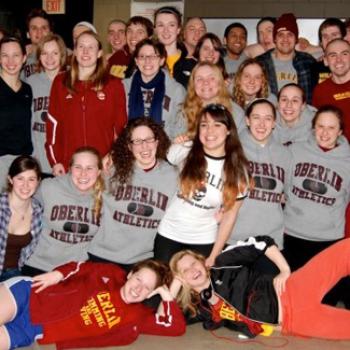 On being a part of the Oberlin swimming and diving team

“[It] means becoming absorbed into a large family of people who are committed to exploring their lives athletically and academically in various ways.” 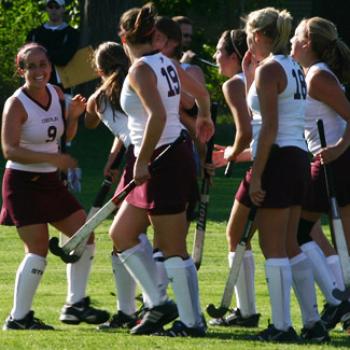