There is so much to say about Oberlin and my experience as a first year. During my first month of school, I dedicated myself to establishing a group of friends and having fun at every given possible moment. It was a very romantic time for me because all of the growing pains Oberlin and its community will challenge you with were yet to hit me. Coming from a multicultural but predominantly Latino neighborhood in New York, I knew that Oberlin was going to be different than “home,” and that difference felt OK for a while.

As I began to settle in however, the absence of cultural familiarity and family began to affect me. I was eating and living in Tank. As the only person there of Latino heritage, it began to feel uncomfortable in small ways, and then larger ways when I began to vocalize my discomfort. I found my way into the jazz community as a way to find solace from the white cultural hegemony of my co-op and living situation. Though I was not a conservatory student, I spent all of my waking hours in the conservatory, engaging in what seemed to be a strong community dedicated to art, diversity, and community. I thrived in that space and was supported by all the students in developing my skills as a double bassist. I eventually was given the opportunity to join the jazz double bass studio my second semester, and became virtually absorbed in the life of a “Jazzer.”

Simultaneous with joining the studio, I was urged to take Gina Perez’s class Latin@s in Comparative Perspective, in the Comparative American Studies (CAST) Program. In this class I developed an academic identity that was both dedicated to anti-capitalist politics and relevant to my positionality as an urban, mixed, Latina. I cried in Gina’s class and read each and every reading that was assigned (it is really possible!). I was thankful to have experienced a class so early on that engaged me in so many dimensions and helped inform what path I would choose at Oberlin. Though I originally thought I would study politics here, I am now double degree. The CAST and jazz departments’ support of my passion and identity worked strongly together to make Oberlin a learning experience that I wanted.

However, making space for oneself as a Latina is a never-ending process, and I continued to feel pushed out of spaces. The two professors who brought me into the world I live in at Oberlin (jazz and CAST) however, were the same people who during these moments of insecurity and crises stood by me and encouraged me. I speak from personal experience when I say that establishing meaningful relationships with supportive professors through hard work and dedication is the most important thing you can do as a new student. If you can manage that while also establishing a community of peers, you will be able to survive and grow here. I grew; I felt pain; I felt inadequate and sometimes unwelcomed. But when I found the resources and people who are dedicated to students, such as the Multicultural Resource Center, the Edmonia Lewis Center, and Third World Co-op, I knew that I was going to be able to do my thing here. 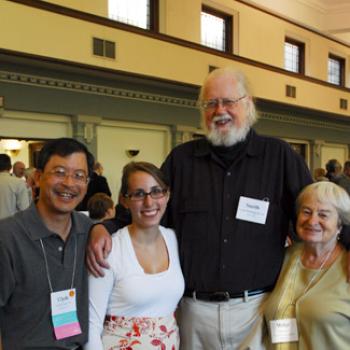 “I’ve had the good luck to have several incredible alums on my side, helping me through those new experiences I’ve chosen and nudging me towards the new ones which they instinctively know I will need... 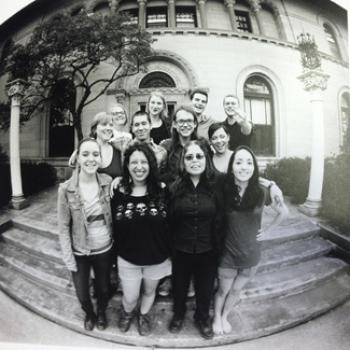 On opportunities and the people who help you grab them