So as you know from my previous post, I am studying abroad in Paris this semester. I have been quite busy lately since classes started this week, and I have been also adjusting to the culture here. First of all, I realized that I actually have to speak French. Rookie mistake. It seems silly that I was not prepared for it...but I suppose the fact that I am taking all my classes at Sciences Po in English may have had something to do with my lack of preparation for the French language. Fun Fact: Parisians do not like for you to speak to them in English! So I have tried on every occasion, whether ordering food or asking for directions, to exercise my rather woeful French.

My French language teacher here is rather delightful, and she told us that the key to good pronunciation in French is exaggeration. She punctuates everything with "incroyable!" (unbelievable!) and I have a sneaking suspicion that this might be the key to becoming fluent in French. I have therefore become uncharacteristically animated while attempting to speak to Parisians. You usually know you have succeeded in fooling Parisians into thinking you know French when you talk to them in French and they respond to you back in French. If they don't, you know to pull up more YouTube videos on French articulation. I think I have improved my French in the 3 weeks that I have been here, mainly through immersion, and have also learned a few stock phrases, the most useful being "Parlez-vous anglais?" (Do you speak English!)

I am also getting acquainted with Parisian geography. Paris is divided up into neighborhoods, or "arrondissements" as they call them, which are numbered from 1 to 15. My school, Sciences Po, is located in the 6th arrondissement of Paris, a rather fancy smancy neighbourhood with lots of high end shopping stores and such. 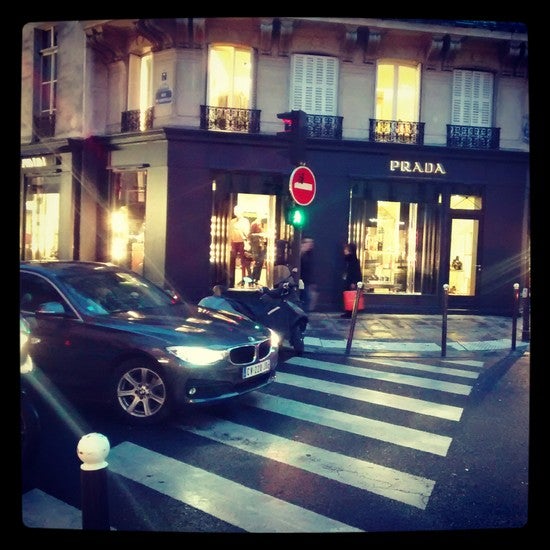 I however live in the much less glamorous but nonetheless amiable 10th arrondissement, which is an immigrant neighbourhood currently undergoing a high degree of gentrification. It is very similar in disposition to Brooklyn, which I love. It has what you might call a hipster vibe, and a fake version of the l'Arc de Triomphe to boot. Who needs the real thing when you can have this, a less glamorous but nonetheless architecturally similar shameful copy? 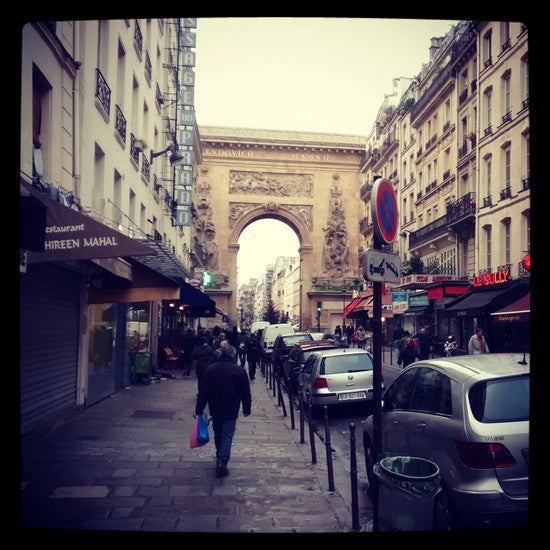 Every morning I take the metro to school, except on Wednesdays and Thursdays, when I have no school at all. This is the first thing that is really different about the educational system in France: every class meets only once a week (except my French language class, which meets twice a week), so there is an abundance of time in which I get to be listless around Paris. It sounds ethereal until you are faced with the prospect of having to get up and actually do stuff. Being the highly lazy person that I am, I tend to do virtually no sight-seeing at all. I promise I will improve, soon.

Which brings me to my next point, which is that in the thick of me settling in (to the apartment where I live, into my school, into the rhythm of my classes, etc.) I haven't actually done a whole lot of touristy things, save for visits to Notre Dame and a boat cruise along the Seine, both of which were organized by Sciences Po orientation. So that is my mission for next week! And oh, I also need to eat a legitimate French three-course meal. Preferably l'escargots! I'm dying to eat those infamous snails. 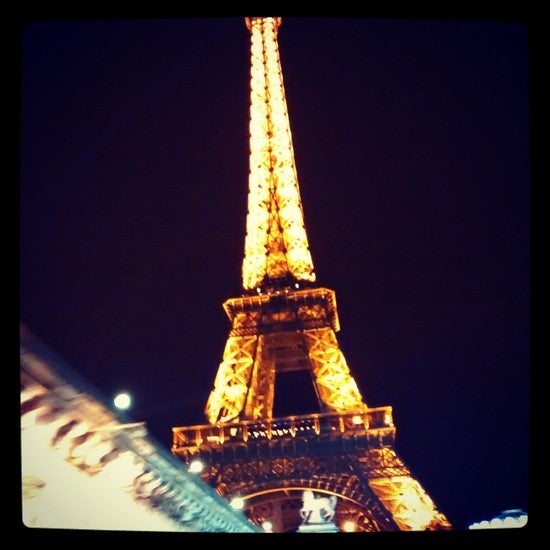 But for now, a bientot! It's Friday night and Paris awaits me with open arms!