This week I was going to publish something about the class I'm taking on modern female poets and about how women are talked about in academia more generally, but after reading Simba's most recent post, I've decided to move the following post up the pipeline. Like his post, this one dances around the idea of home, but it's more about places and how I fit into them. It's a bit fragmented because I'm still trying to compose my thoughts about this topic, but I hope it makes sense to someone who isn't me. 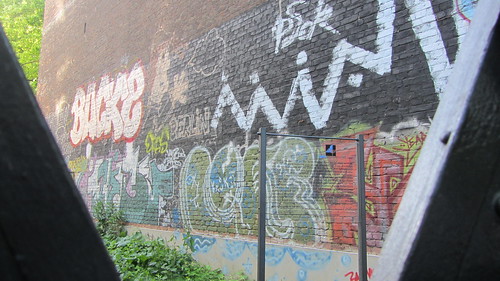 In Berlin, May 17 was just another Samstag. I was there for an undergraduate research trip (more on that later), but I was just another visitor in Germany's biggest tourist destination. In Niskayuna, May 17 was not just any Saturday, but the third Saturday in May, which made it Niska-Day. Niska-Day is my hometown's annual celebration of itself. It centers around a parade that leads a series of floats and bands through the neighborhood I grew up in. It ends up at a local elementary school, which plays host to a fair full of tents, games, and greasy food. At night much of the town gathers on the soccer fields of the elementary school to watch the firework display.

From when I moved to Niskayuna as a five-year-old to when I left for Oberlin as an 18-year-old, Niska-Day has been a yearly ritual. No matter the weather (and I don't say that lightly: in 2002 the parade took place during a freak snowstorm), I have watched or marched in the parade, made my obligatory visit to the fair, and stayed up to see the fireworks.

And yet had I not gotten a facebook chat from one of my oldest friends about how strange it was to be in town for the parade again, I would've completely forgotten about Niska-Day this year. My parents and little brother hadn't mentioned it the last time we talked nor had any of my friends from high school, probably because most of them weren't in town. At first this bothered me, why hadn't I remembered Niska-Day? And shouldn't I have cared that it was going on without me? After all, I love my hometown and have long considered myself a bit of a homebody, a lover of routine with nostalgic streak.

But on that Saturday I couldn't force myself to feel things I didn't. Instead of wishing I was in my hometown, I allowed myself to enjoy my last full day in Berlin... and to chat with my friend when I found a spare moment. 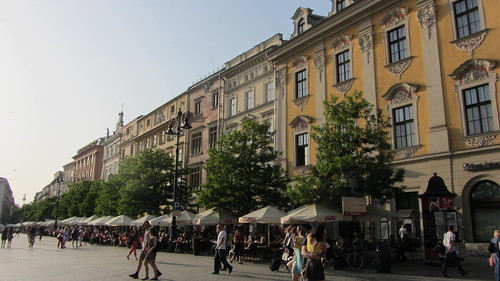 I recently spent a few days in Poland as a part of the Auschwitz Jewish Center's Program for Students Abroad. The program was incredibly rewarding (it merits a blog post of it own) and the nature of it made me pretty uninterested in being anything but completely present, in being anywhere but Kraków or Oświençim. As a result I didn't realize that it was Oberlin commencement weekend until the day of my return to Munich. May 26, commencement day itself.

More so than Niska-Day, commencement weekend is very important to a community that I'm a part of and that I value highly. I've spent the last two commencement weekends working and singing and saying goodbyes to wonderful people, and yet I pretty much forgot about it this year. I wasn't working, I had no concert to perform in, and I had no goodbyes that I hadn't already had to say a year ago. Did that mean that I was allowed to let commencement weekend pass by unnoticed? I'm not sure, but that's essentially what I did. 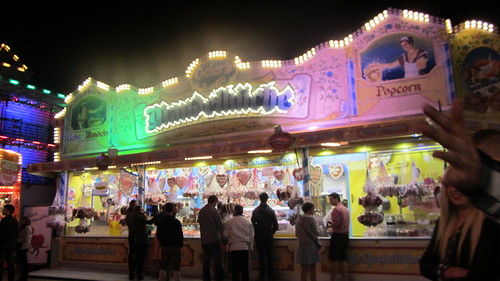 On May 21 a friend of mine posed an interesting question to my German class. Did we agree with the following definition, "tourists are people who travel to a place outside of their usual environment for no more than a year for leisure or business purposes?"

A strange question out of context, but a very relevant one for a group of people who had studied and lived in a foreign country for about eight months, people who are, by the above definition, tourists. Tourist is a loaded word, full of negative connotations that I believe are a bit unfair but are impossible to ignore. It's unsurprising then that none of us identified as tourists. Of course we're tourists on our daytrips to Salzburg, our weekends in Berlin, and our weeks in Italy and Eastern Europe, but in Munich, where we live in student apartments with bathrooms so bad no second-rate hostel would dare charge you for their use? Not a chance.

The opposite extreme would be to call us Münchner and Münchnerinnen, but I wouldn't do that either. Many of my classmates expressed that they are very aware of being temporary residents. They know that in a month or two they will be back in the United States and Munich will be an ocean away. Some of my friends even said that when they return to the US, they will return to their "real lives."

I wouldn't go that far, though. As I said in class (auf Deutsch, likely with many "ers" and grammatical stumbles), I don't know everything there is to know about this city and the places I go within it don't vary all that much. However, that is more or less true of my hometown, where I lived continuously for 13 years, and of Oberlin, where I've lived on and off for two. Moreover, by the time I leave Munich, I will have lived here for 10 months, more time than I've ever spent in Oberlin without going back to my parents' house. For that reason I actually feel more like a resident in Munich than I ever have in Oberlin, and yet no one would ever think to call me a tourist at school. I'm definitely not a Münchnerin, but I'm not a tourist either. I'm just a person who lives and studies in Munich.

So where does that leave me, and where does that leave home? When I'm in my hometown that is where my life is, no matter that my friends have scattered to the wind and that I only seem to be connected to the larger community by nostalgia. When I'm in Oberlin that is where my life is, no matter that my world is confined to a three-block radius and that my family is elsewhere. Through a combination of memory, technology, and genuine love, I can carry these places and the people I associate with them with me at all times. They are a part of me and they always will be. But right now my life is here, in München, no matter that my command of German is imperfect. No matter that I'm leaving in a month and a half. No matter that I miss my family and my friends and the far away landscapes that still feel like they're mine. No matter that I'm technically a tourist, I certainly don't feel like one. My life is where I am, and where I am is the only home I know.

This is beautiful! And, I couldn't agree more. I grew up in two houses, and just after I left for Oberlin last fall, my mom moved out of the area. This summer, I pretty much hopped straight from Oberlin to where I'm living and working for the summer. Home has always been a bit of a strange concept for me, and right now I'd have to identify my "homes" as Oberlin and Northern California as a whole. Home for me has always been where I feel like I am a part of the place; if I disappeared, something would be different. For me, it's comforting that home can be a fluid concept, and it seems like that's how it is for you, too. I like to think of "home" as a part of me, rather than me being a part of home.

I definitely also think of home as me! With some satellites. Home base is always myself, my own body, my space (all of which I am usually fortunate enough to have), but then there are also places that have so much of my life in them that they become ancillary homes: Oberlin, my parents' house, the place I'm staying this summer, etc.
But also, my personal definition of home has changed! And that's okay. Maybe someday home will be a country. Maybe it will be another person, or a group of people. Maybe an activity. (I think it will always be first and foremost me, though. I hope so.)

I reread Simba's post and then yours, and I'm finding myself feeling a bit homey but finally coming up with an apt description of what I've been feeling.

I've started looking at my various homes past as if through backward binoculars: I can see things happening, but it's small and a bit far away. I'm there cause I'm looking in and because it's a part of me, but there's still something between me and it. Being back in each of those homes turns my view into one of intense magnification. The constant is the me looking through/at and the me that's taking it in, whether from a distance or right here.

I also want to add language as a potential site of homebuilding - I know I have different emotional attachments to different languages, and navigating my world feels very different depending on which language I'm in.

So grateful for the thoughtful responses to this post!

Andrea: "I like to think of "home" as a part of me, rather than me being a part of home." Yes, yes, yes. Perfectly phrased.

Ida: My definition of home has definitely changed over the years. If you had asked me last year, I would've said that Upstate New York is my home. Period. End of story. While I still really love Upstate New York and feel a stronger connection to it than any other place I've lived, I don't feel like it's my "one true home" anymore.

Ma'ayan: I agree with Ida, that is a really fascinating way to think about it.