I had a lot of prerequisites that any college that I applied to had to have. It had to be co-ed, secular, with a progressive student body and it 100% COULD NOT, NEVER IN A MILLION YEARS be located in the South. Although Houston is an incredibly diverse and relatively open-minded place (we're the most populous city to elect an openly gay mayor!), it's a beacon of hope in a state that... well, ranges from slightly to full-on racist, anti-feminist, and homophobic. Is this a generalization? Perhaps. But when your governor releases a campaign ad that talks about the so-called "War on Religion" and claims that gays openly serving in the military is a bad thing, it starts feeling a little bit you-against-the-world. 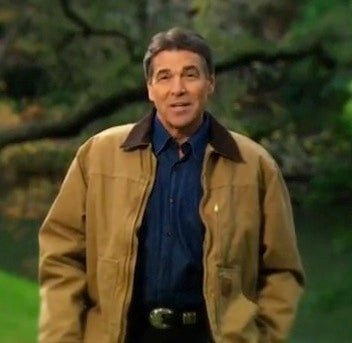 I never felt like I really connected with Texan culture to begin with. I don't really like country music (except for the Dixie Chicks because they ROCK), I don't like riding horses or being on farms, and I don't drive a pickup truck. So I was thrilled beyond belief when February 1st of this year, my big fat Oberlin envelope arrived in the mail (MUCH later in the day than expected, thank you River Oaks mailman)! My mom and I hugged and screamed together as I was reassured that my journey out of the state now had a destination. Finally, out of the oppressive south and into the battleground area of the north! Ohio, here I come!

I kept up that attitude for a long time. Up until around August, when it finally started to sink in that I WAS ABOUT TO LEAVE THE ONLY HOME I'VE EVER KNOWN PRETTY DARN SOON.

And then I started to think about all the things I'd miss: my family and friends, that goes without saying. My room. My car. But that list took a more regional turn. I'd miss the occasional glimpses of southern hospitality, the mild winters, the barbeque, the Tex-Mex, the honey butter chicken biscuit from Whataburger, the honey barbeque chicken strip sandwich from Whataburger, and pretty much anything else that Whataburger serves. Yes, there's a lot of food on this list, but ain't nobody does cuisine quite like Texas. So with this newly proud Texan attitude, I bought myself a "Don't Mess With Texas" cup from Bed Bath and Beyond, packed up my things, and headed out for the Great White North.

Luckily, I have much experience with this area of Ohio. Most of dad's family lives in the state, and many of them live about 40 minutes away from Oberlin. So when my mom, dad, and I arrived at the Cleveland airport, it just felt like going to yet another summer Davey family reunion. Except when, a few days later, we hauled all my things in two separate cars and arrived at Oberlin, and it hit me. Oh my God, this is college. I'm actually at college. I'm going to live here for the next four years. Excited? You bet! Scared? Most definitely! Confused? Of course!

To be honest, though, I've never felt more like a southerner than I do at Oberlin. I've had to explain how to eat a fajita, explain what a praline is, explain what king cake is, explain that whatever Stevie tries to pass off as barbeque is NOT REAL BARBEQUE! Look, I love Stevie and I love 90% of what I eat from there. But BRISKET SHOULD NOT HAVE THAT MUCH FAT ON IT, STEVIE! Also, as much as I love king cake, IT IS A SEASONAL FOOD AND IF IT DOESN'T HAVE A PLASTIC BABY JESUS IN IT, THEN WHAT'S THE POINT? I appreciate the effort, but that is not how we do it below the Mason-Dixon line.

I've noticed that the entirety of this list is me explaining Southern cuisine...

I've also had to emphatically insist that the Dixie Chicks are in fact, real country music. And I've witnessed the shock on people's faces when I tell them that both Beyoncé AND Wes Anderson are native Houstonians (two of my favorite people, how could I be so lucky?). And I've explained to the people who were like "but aren't you used to this heat?" during the first few days of orientation that yes, Texas feels like the devil's sauna from June though August, but we have air conditioning LITERALLY EVERYWHERE so if you stay inside, you don't really feel the heat. Oberlin was hot AND without air-conditioning so I was dying a little bit inside without it.

Now that the summer camp feeling that accompanied the first few weeks of my time at Oberlin has subsided, this place is starting to feel more and more like a home each and every day. It's not quite home yet, and it probably never will be completely. But the important thing is that each and every day, it gets a little bit easier to navigate.