Welcome back to another year of Oberlin Blogs! It’s been a busy summer (more on that soon) but in the meantime I thought I’d take a moment and reflect on where I am now compared to a year ago when I was a wee first-year student.

I wrote this entry last September as a sample post for my application to be an Oberlin blogger. It’s about what I learned as I applied to join a few campus organizations in my first weeks at Oberlin. I’ve left it unedited to save some time reflect on my progress as a writer. The thread running through this entry that I neglect to mention explicitly is this: don’t be afraid to take risks!

Oberlin is a place to get out of your comfort zone and try new things. For example, in this entry I talk about applying to write for the Grape, one of our student magazines, and applying to host a radio show on WOBC—two things totally alien to me. Fast forward one year and I’m excited to continue as a staff writer for the Grape, and after hosting a show on WOBC last semester I’m applying to host again this fall. If you’re interested, learn more about Oberlin’s various clubs, groups and student organizations.

Orientation week was a blur of interest meetings and student panels that left me inundated with more information sheets than I cared to carry and more emails than I could skim, let alone read. After sorting through the initial deluge of information in my first few days, I was able to narrow down my extracurricular interests to a few organizations through which I could stay involved in activities that were important to me in high school, like music, and also try new things, like writing for a student publication.

A lot of these organizations were free to anyone who wants to join. The Gear Co-op, a student-run rehearsal space for non-conservatory ensembles, only requires a short training session on how to use the equipment, and the Oberlin College Democrats are open to any member, regardless of previous involvement in politics.

But some of these organizations require an application, that 11-letter word sure to strike fear into the heart of any student barely removed from the stress of the college admissions race. These groups aren’t selective for selectivity’s sake. Rather, there are a lot of students at Oberlin, and some groups just aren’t able to accommodate such a large student population. They have to use an application process simply to make sure that the students who join their group are truly invested and committed to being consistent participating members.

I had never really considered this before arriving on campus, so it came as a bit of surprise to me when I started receiving emails with the subject line “application attached.” It occurred to me that I might not get into all of the organizations I wanted to join, and that I would spend the semester bored out of my mind with an empty schedule.

Sure enough, I didn’t end up getting accepted to every group I wanted to join. But in the process, I learned that even at college, where everything can feel high-stakes a lot of the time, setbacks aren’t the end of the world, and they can even lead to new opportunities.

My first application was for the student-run alternative newspaper the Grape. Specifically, I wanted to write for the “Bad Habits” section, which contains satire and off-color humor that’s sure to scare away all but the bravest of prospie parents. I had never written comedy before, nor had I written for any student publication in high school, but deep down I’ve always fancied myself to be the next Andy Borowitz.

So, with a few articles from the Onion as my guide, I wrote a short satirical news piece entitled “Massive Manhunt Underway After Student Neglects to Sign Honor Pledge,” gently satirizing Oberlin’s academic Honor Code by imagining it as a dystopian nightmare. I knew I would be less experienced than a lot of the other applicants who were not only used to this style of writing but also to Oberlin’s culture as whole. I spent hours polishing my piece, making sure the grammar was flawless, and every Oberlin-centric joke was as charmingly self-deprecating as possible. After submitting my anonymous application under the not-so-original pseudonym Squilliam Fancyson, I began the most difficult part of any application process: the wait.

The application had said that I would find out if I had been selected to write for Bad Habits within two days, but due to the volume of applications it ended up a few extra days. Sure enough, four days after I put in the application I walked into my dorm room to find that a suspicious piece of paper had been slipped under my door. It was a message—written in comedically atrocious font—notifying me that I’d been selected as a writer for Bad Habits! Despite my inexperience, my enthusiasm and hard work had paid off. As a result I can now conceivable put “funny person” on my resumé.

Sometimes, however, things don’t turn out as well. I had also submitted an application to host a radio show on WOBC, Oberlin’s student radio station (which broadcasts 24 hours a day!). My show focused on bubblegum pop from the late ’90s to late 2000s, with a few exceptions for some of my favorite ’80s tunes.

I was pretty enthusiastic about the show, and I agonized over the wording of my application and its attached sample playlist. This time, instead of a note under my door, I received an email apologizing that I had not been selected to host a show on WOBC.

I quickly realized that my first setback at Oberlin wasn’t such a big deal. As far as first rejections in college go, I can certainly think of worse hypotheticals than not hosting a radio show. And even though I may not be a host this semester, there are plenty of other ways I can get involved in WOBC. I attended the all-station interest meeting and learned that even as a non-DJ, I can work in a genre-specific group sorting new music received by the station. Or I can learn to maintain the station’s broadcasting equipment. If I want, I can even ask to shadow a more experienced DJ and try to become a host in the spring. Instead of being discouraged, I’m even more excited to be a part of WOBC now than I was when I first applied for a show.

My final application wasn’t an application so much as an audition. I had played violin in my high school’s small string orchestra for four years, and I was eager to join the Arts and Sciences Orchestra, a large ensemble geared toward classical musicians from the college and the greater Oberlin Community. Unfortunately, due to a busy summer vacation, I had missed an email telling me where to find the pieces I would be playing at my audition.

Nevertheless, I printed out the music as soon as I moved in and set to practicing with 6 days to go until my audition. Upon rosining up my bow in a conservatory practice room (which are open to students in the college) I realized that my summer practice schedule, which could be described as sporadic at best, had left me pretty rusty, and I was having a lot of trouble with the pieces. Polishing them to the point where I was comfortable playing them in an audition would mean spending nearly every waking moment in a practice room—not an attractive option during my first week of college.

Instead of sacrificing valuable time to get acquainted with my new classmates and professors or allowing myself to be completely overwhelmed, I decided to take a step back. I took stock of my priorities and realized that while I valued playing music, it didn’t need to be as part of a large ensemble. I was just as happy playing the violin alone in my spare time instead of stressing over the pressures of playing in an orchestra.

I decided not to audition.

My name was still on the orchestra’s audition sheet, so I sent an apologetic email to the orchestra’s director telling him that I had decided to take my time this semester and not commit to too many things. I expected the email to go unanswered, but the same day I received an email back from the director telling me I could audition when I felt ready, and to have a good semester in the meantime.

Looking back, I think these three episodes can be conveniently distilled into three lessons.

First of all, don’t let inexperience scare you away from trying new things! You have nothing to lose by taking a chance.

Second of all, don’t be discouraged by a perceived failure. There are always alternatives, and you may very well find that at Oberlin when one door closes, another one opens.

And most importantly, don’t be afraid to take a step back and make sure that you’re leaving yourself enough room to breathe. After all, life moves pretty fast. If you don’t stop and look around once in a while, you could miss it. 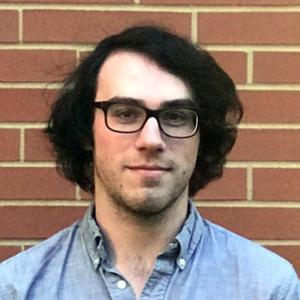