After the end of World War II, veterans, along with their wives and children, returned to Oberlin to attend the college as civilian students. Many of these veterans were students who attended Oberlin College prior to enlisting in the armed services.

Veterans began to occupy former college housing, but the number of veterans returning to Oberlin was steadily increasing. On December 31, 1945, the Oberlin Prudential Committee voted to secure housing for around 350 single veterans and veteran families. The Federal Public Housing Administration provided 50 trailers to be placed on North Lorain and Woodland streets. The trailers served as temporary places of residence for veterans until January 31, 1952. 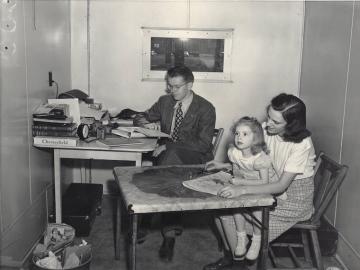 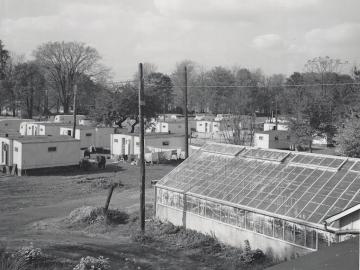 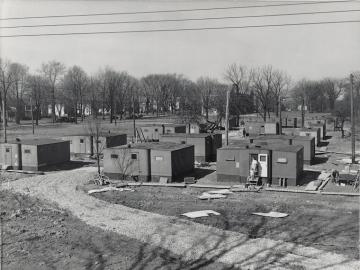 Some of the best spaces in Oberlin are the ones that invite visitors to sit and relax, explore, study, play, and gather. Can you guess the name of this space and where it is located?

A remote workshop given by the Clarence Ward Art Library and Special Collections introduced the Oberlin community to the mail art movement.

Teaching in the New Normal: The Practice of Writing with Emily Barton