Social entrepreneurship is the object of the Global Climb Initiative, a pilot project founded by sophomore Alyssa Phelps and junior Ty Diringer. This semester, they’ve organized a competitive team challenge to raise money for Free the Slaves, a nonprofit that works with community-based anti-trafficking organizations around the world. The profit generated from each group challenge will go toward Free the Slaves’ work in India and Nepal, which have above-average rates of trafficking. The organizations there grant microloans and help create revolving community funds, which give victims and vulnerable individuals a chance to either rebuild their lives or ensure their sustainable freedom.

Here’s how the challenge works: Global Climb Initiative gives each group $30 in seed money and 10 days to complete a venture. The venture can be any product, useful service, or entertainment (risk, after all, is the nature of entrepreneurship). Phelps and Diringer say $30 is ample to start a project but small enough to fund multiple groups simultaneously, while 10 days is the best amount of time to maximize profits. They provide 20 carabiners, which symbolize the global effort to climb out of trafficking, to incorporate into each venture in some way. They also created an informational booklet with ideas and advice to support groups through the challenge.

The pair received $1,126 in startup funding from Oberlin’s Creativity & Leadership Fund. The grant is enough to cover startup costs and run the project for 20 groups simultaneously.

Nonprofits traditionally rely on grants and donations to function. Social entrepreneurships, however, tend to find new ways to complete their mission without dependence on outside funding. “They rely on the free market to support and disseminate their work,” says Phelps, who is double majoring in Latin American studies and politics with a concentration in peace and conflict studies. “We think social entrepreneurship is an innovative way of fighting for social change, and the double bottom lines of these organizations—social and financial—keep them efficient.”

Phelps became aware of human trafficking when she read The Road of Lost Innocence, a memoir in which author Somaly Mam chronicles her experience of being sold into sexual slavery. “I’ve been very interested in learning about the systems of oppression that allow human trafficking to exist, and the ways that I can help combat it while recognizing my identity as an outsider,” Phelps says. “Human trafficking is a very complicated term, and I am also interested in making sure that those who are helping on the ground respect the rights of people who choose to work in the sex trade and low-wage labor.

“(Ty and I) want to open a discourse about this crime on college campuses around the country. We think this challenge is a great way of encouraging wide participation. We hope students will get creative in planning and implementing their for-profit ventures while educating themselves and others about human trafficking.”

In early April, Phelps and Diringer were invited to pitch their project to college students around the world at the Clinton Global Initiative University conference [http://www.cgiu.org/] in St. Louis. Phelps say the experience was invaluable. “Pitching was important for solidifying why this matters to us, and what we need to tweak in our model and presentation. By the end of the conference, we got about 50 students to sign up for the challenge.”

Diringer is passionate about making Global Climb Initiative a national project. Their goal is to bring the challenge to at least 10 schools by next spring. The group is considering ways in which they can tie the students' fundraising efforts more directly into the community in which they live — so that the money a school raises, for instance, goes toward a local anti-trafficking organization.

“Trafficking is a somewhat underrepresented problem in the current national conversation, and through our work, we're hoping to have an impact on that conversation now and in the future,” says Diringer, a politics major. “Today's students will be the ones setting the agenda for the next few decades, and the sooner we can get the issue on their radar, the sooner we will start to see more action being taken. Our goal is to not only raise money to fight human trafficking, but also to inspire a feeling of responsibility on this and other social problems, particularly among young people who are moving away from the traditional charity model and toward larger, game-changing innovations.”

The team challenge runs through April 28. 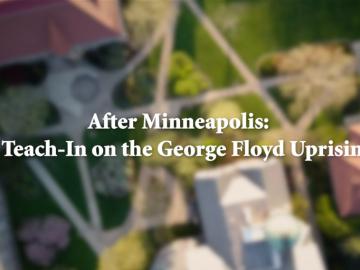 Former inmates who participated in an innovative prison theater program are recognized for their return to society. 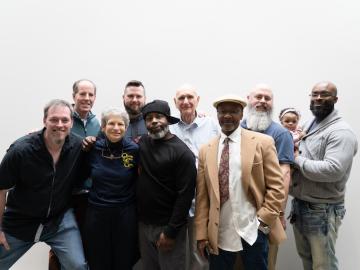 Eli Conley returned to Oberlin earlier this spring to perform and lead a workshop on social justice songs.