“My goal is to always be a part of the entertainment industry in some capacity. I think it’s the most fascinating, awful, and influential industry in existence,” says Rosie Hertzman ’15. Currently, she is using that power and influence to promote social justice in her work as a production assistant at Red Thread Productions, an entertainment production company, and as the comarketing and advocacy coordinator for the theater production company Dark Matter Productions. At Red Thread, she is working on an HIV/AIDS prevention and education program that combines Red Thread’s documentary, The Last Ones, and the AIDS Memorial Quilt National Display Program, with the goal of promoting the film and AIDS awareness in schools, churches, and community centers across the country. At Dark Matter Productions, she is focusing on building the organization’s audience and highlighting the work of other socially-conscious theater companies.

The New York City native says working at Red Thread Productions gives her the opportunity to work in the industry she has been dreaming about since childhood. She describes her role as a production assistant as an inside look into the way entertainment really works. “As a production assistant, you learn the ins and outs of the business firsthand. You learn what everyone’s job is, decide whose you like best, and hopefully work your way up to it.”

She says she enjoys her work with Dark Matter Productions because she has the opportunity to help people feel seen. “Growing up, I so rarely got to see myself or my problems reflected in media. If I can change that in any way for the next generation, that’s reward enough,” she says.

While at Oberlin, Hertzman majored in English and served as an academic ambassador to help the incoming class adjust to college life, wrote entertainment-related stories for the student-run publication Fearless and Loathing, and helped plan events as the secretary for the Oberlin Harry Potter Alliance. She also worked as a production coordinator for the Oberlin Musical Theater Association, cotaught an ExCo on fan fiction, and cohosted a podcast with her friends called Chicks Dig Flicks, where she discussed movie news and reviewed films.

“Oberlin made me unafraid of my passion in all forms—whether that meant representation in the media or my love for musical theater. It taught me that my voice matters and can make a real difference. I really internalized that lesson and I use it in both my personal and professional life,” she says.

Abigail Barr ’15 is making her mark on the New York theater scene using her variety of skills and sense of humor to work with the Upright Citizens Brigade, the Peoples Improv Theater in New York, Full Frontal With Samantha Bee, and Dark Matter Productions. 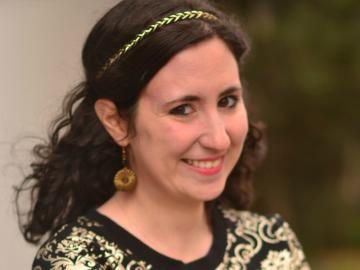 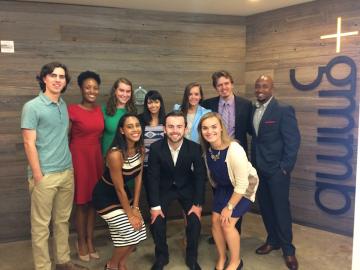 Aiming for the Orchestra 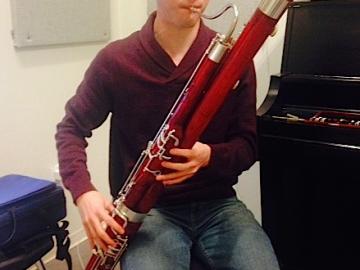