Through the Oberlin SITES program, college students are able to design and practice their own pedagogy while engaging with students in the community.

If you were to pinpoint the most necessary words to communicate with a group of young children in another language, you may find that knowing how to talk about loose teeth and common injuries are of particular importance.

So in the Spanish in the Elementary School (Oberlin SITES) program, it is precisely this vocabulary, and other words that are meaningful to the students, that the curriculum is built around.

“Your students need to see the point of what you’re doing,” says senior Leah Martin-Rosenthal, who is in her sixth semester of teaching in the SITES program. “SITES does a really good job of making its lessons very centered on students and what they care about, and giving them an urgency to communicate.”

Under the direction of Kim Faber, instructor of Spanish and SITES program founding director, students teach introductory Spanish in grades K-2 at Eastwood Elementary school using an immersive and interactive form of language pedagogy. They get students up and out of their seats, teaching in a circle so every student participates and keeping everyone, teachers included, learning as they go.

“A lot of language teachers across the world think kids can’t learn a new language quickly, but they can do it if you get out of their way and provide the meaningful chunks of language that they need to put the puzzle together,” Faber says.

The strength and importance of the SITES program isn’t just that it teaches children a new language—it also gives the aspiring teachers invaluable tools, providing them with guidance while allowing them the freedom to explore and hone their own pedagogical styles.

“The learning curve was really steep my first semester,” says Martin-Rosenthal. “But what’s great about the program is that everyone teaches in pairs, so I had an amazing co-teacher who was a great mentor to me my first semester.”

Instructors have weekly meetings with student grade level coordinators, where they collaboratively reflect on the classroom experiences of the past week, and also discuss how to continue improving.

“I really like how much independence there is within the program,” says Amanda Medendorp, a third-year Hispanic studies and law and society double-major in her third year with the program. “Being able to teach in your own classroom space and be such an influential person in these kids’ lives has translated into me building confidence in myself and developing my communication skills.”

Lilah Drafts-Johnson, a fourth-year politics and Latin American studies double-major, took Faber’s Spanish class, which uses the same interactive and practical method as SITES, fell in love with it, and shortly thereafter began teaching with SITES.

“I took French in high school but could barely speak with anyone after six years of it,” says Drafts-Johnson. “The SITES method is how I learned Spanish, and in teaching it as well, I feel I’ve become more certain in my own Spanish, and more confident and able to go abroad to Chile as a result of it.”

The benefits of students teaching within the program are manifold, from giving them the space to develop a real love of teaching to preparing them for related careers.

For Caitlyn Pineault, a 2016 Oberlin graduate, SITES has marked her experience before, during, and after her time as a college student. First hearing of the program as a prospective student walking through Peters Hall, she signed up to be involved in her first semester. Now she is back at Oberlin as an adjunct instructor of English as a second language and as a liaison between SITES and the Spanish program at Eastwood Elementary. Before returning, Pineault was teaching English in Mexico as a Fulbright fellow. She credits SITES for being well prepared for her Fulbright experience.

“A lot of my fellow TAs had no idea where to begin, but SITES gave me the tools to be able to deal with the challenges of planning curriculum, and planning lessons that were engaging,” Pineault says. “I can’t imagine my life without SITES.”

A musical studies and law and society major, Sarah Wong applied for the Fulbright English Teaching Assistantship to honor her Taiwanese heritage while becoming more fluent in her family’s ancestral languages. 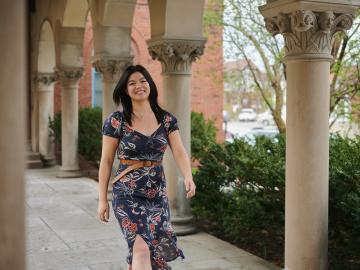 Winter Term: A Plan to Improve Education for Students

Bridget Smith ’21, an education and politics major, wants to improve the educational experiences of students with special needs. That's why interning at the Monitoring and State Improvement Planning division of the Office of Special Education Program in Oberlin (OSEP) was a great fit. 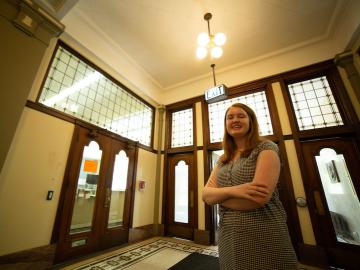 Philosophy in the Schools: Learning Through Teaching

A philosophy practicum bridges the distance between teaching and learning, showing that the two are symbiotic and inextricable. The course also facilitates outreach in the Oberlin community. 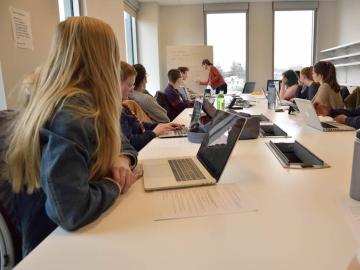