In the wake of the attack on Pearl Harbor in December 1941, many officials and community members viewed residents of Japanese ancestry—U.S. citizens and immigrants alike—with fear and mistrust. Japanese Americans were targets for harassment and discrimination, and families on the West Coast were forcibly removed to government-run incarceration camps.

The Courage and Compassion exhibit covers events from the attack on Pearl Harbor to the fateful decision to incarcerate Japanese Americans in wartime camps to the postwar fight for redress. It also brings alive the local stories of communities such as Oberlin that showed courage and compassion to Japanese Americans, who were suspected of disloyalty solely because of their ancestry.

Oberlin was selected as one of 10 cities to host the exhibit because Oberlin College recruited and admitted nearly 40 Japanese American students during the war. City residents defended the students when their presence was questioned, and Nisei (second-generation Japanese American) students here spoke out and organized against racism and wartime discrimination. The exhibit places this story of Oberlin’s response to incarceration in the broader context of Oberlin’s history of activism and current debates around sanctuary cities and campuses.

Visitors to Courage and Compassion will have the opportunity to learn about the Japanese American World War II experience and its legacy, to engage with questions about what courage looks like during a time of crisis, and to consider the significance of this history for today. “This exhibit reminds us of a history that is extraordinarily relevant today,” explained Renee Romano, Robert. S. Danforth Professor of History at Oberlin and project codirector. “It offers us stories of local people who rejected wartime hysteria about Japanese Americans and insisted that the United States live up to its democratic ideals. Today, as the nation again debates issues of immigration, citizenship, and belonging, it is vital that we grapple with America’s checkered history of exclusion.”

Mitchell T. Maki, PhD, president and chief executive officer of GFBNEC, noted that Oberlin’s strong history of social justice advocacy reflects the legacy of Japanese American WWII veterans. “The Nisei veterans championed the rights and duties of citizenship, the importance of due process, and the rule of law in our democracy,” Maki said. “They taught us that we cannot tolerate discrimination against individuals based on the color of their skin, the God whom they worship, or their country of origin. They exemplify the best that America has to offer.”

Courage and Compassion: Our Shared Story of the Japanese American World War II Experience will be free and open to public at the Richard D. Baron ’64 Art Gallery. The exhibit will be open 10 a.m. to 5 p.m. on Saturdays and noon to 5 p.m. Sundays from February 17 through March 18. During its month-long visit to Oberlin, the city and college will host a series of events related to the exhibit, including academic lectures, documentary film screenings, and talks by internment survivors. See the full programming schedule.

The 1968 Olympic gold medal winner and former Oberlin College coach is known for his activism. 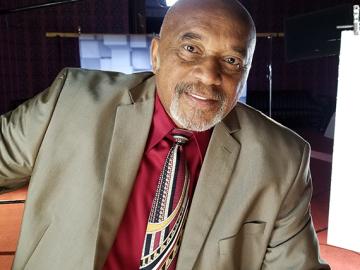