When I inform a new acquaintance that I am an environmental scientist, I often hear some version of this refrain: “It just seems like no matter what we do, everything just keeps getting worse!”  While it is easy to see why someone might hold this view of the human relationship with the environment, I actually work in a field where things are getting better.

As an air pollution scientist, my work contributes to an understanding of how the chemicals that people release into the atmosphere play a role in various health problems, such as asthma and heart disease.  Ultimately, the work I do is part of the scientific enterprise that undergirds the Clean Air Act (CAA), the first and most powerful of the various environmental laws passed by Congress.  In its original form in 1970, the CAA required adherence to national air quality standards and empowered the states to implement their own remedies, often by requiring emission reductions in the transportation, industrial, and power generating sectors of the economy.

By the turn of the century, impressive improvements in air quality had been achieved in some locations, with California registering the largest improvement, while the results in the Midwest and the Northeast were mixed.  New research showed that air quality in the Midwest and Northeast was being affected by “upwind” emissions:  an upwind state’s emissions can become a downwind state’s air pollution.

The Environmental Protection Agency (EPA) then moved to implement a new rule, which regulated air pollutants according to a regional, rather than state, delineated plan.  Even though this new plan was legally challenged by those claiming that excessive emission reductions costs would ensue, the U.S. Supreme Court eventually ruled that the CAA clearly does notgive the EPA latitude to consider cost if a clear benefit to human health is at stake.

In 2015, the EPA proposed an additional program, the Clean Power Plan (CPP), that though primarily intended to control carbon emissions as part of the effort to reduce the effects of climate change, will also lead to even more steep reductions in the chemicals that cause air pollution.  As a result of these new EPA actions, the emissions of nitrogen oxide chemical pollutants (which are chiefly released by power plants and combustion engine vehicles) have dropped so dramatically that air pollution scientists speak of having to think about the chemistry of the atmosphere in an entirely different way.  That’s a nice problem to have!  At the same time these positive changes to air quality were occurring in the United States, air quality deteriorated in most other locations in the world.  In Europe, a well-meaning shift to diesel-fueled automobiles to combat carbon pollution actually led to a worsening air quality problem in many of Europe’s largest cities.  In parts of the developing world such as India and China, air quality continues to deteriorate due to a rapid expansion of industrial and transportation systems and lacking or ineffective emission control programs.

Therefore, the air quality success story in the U.S. was not preordained by global trends.  It occurred due to the competent use of scientific research in EPA rule-making, and effective enforcement by presidential administrations stretching from Nixon to Obama. Unfortunately, this success story is under threat by a proposal from the Trump administration to scrap the CPP, as well as plans to abandon higher gas mileage standards, which would also slow the progress toward lower pollution-causing emissions.

While it might be easy to take this news as an opportunity to just recategorize air pollution as another environmental issue that “keeps getting worse,” I hope people will realize the important benefits of this environmental success story and support policies that will protect its accomplishments and potential applications to other environmental problems.

This Week in Photos: The Cover Shot

Bountiful bowls of leafy greens, soups, pastries, and cheeses were creatively stylized on a rustic table and photographed for the spring 2013 issue of the Oberlin Alumni Magazine ( OAM ). This front page image is just one of many examples of the artistry involved in this long-standing publication’s cover designs. 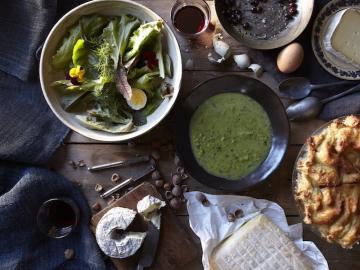 An Interdisciplinary Approach to Teaching Biochemistry and Ethics

An interdisciplinary module encourages students to think critically about biological and ethical implications of pesticide use. 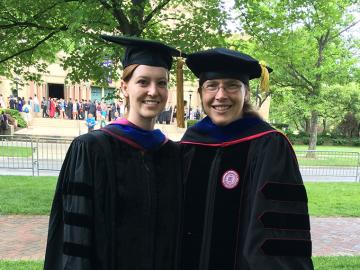