A curricular collaboration took place when two classes at Oberlin College traveled together to Detroit on December 4, 2016. Students from the Sustainable Cities course in environmental studies and the African American Politics course in Africana studies visited the city to learn about urban issues in predominantly African American neighborhoods. The field trip was devised by faculty members Rumi Shammin of the Environmental Studies Program and Charles Peterson of Africana Studies.

The group spent the day meeting with numerous community members who are leading the charge for sustainability and revitalization efforts in Detroit. The day began at Wayne State University, where students attended a presentation by Ben Dueweke and Carla Walker-Miller of Walker-Miller Energy Services (WMES) of Detroit. The pair educated the students about ongoing struggles in historically black neighborhoods in Detroit and emerging projects that combine community engagement with renewable energy and EcoDistricts initiatives.

At the Charles H. Wright Museum of African American History, the group learned about sustainability programs at the museum. There, Leila Mekias, program coordinator for the nonprofit Detroiters Working for Environmental Justice, spoke about the Detroit Climate Action Collaborative, and Climate Ambassador Alessandra Carreon addressed the organization’s work in Hope Village, one of Detroit’s two EcoDistricts.

In the O’Shea Park neighborhood, the group met resident Crystal Robinson, who has served as a conduit between the O’Shea Park Solar Project organizers and those who live near the site of the proposed park. What initially started as an external project without any community engagement later evolved into a collaborative solution to revitalize a nearby recreation center and bring many lost and some new amenities to the community.

In the neighborhood, Oberlin students also witnessed the signs of struggle in the community. Abandoned and burned down homes dotted the landscape where the new center will be built. Robinson emphasized how the community engaged in conversations with the solar project managers to devise a renewable energy solution that gives back in addition to generating clean power for the region. The day concluded with recognition of the opportunities and challenges facing many black neighborhoods in major rust belt cities.

In addition to practical exposures and cross-curricular interactions for students, this field trip is a collaborative venture between the Environmental Studies Program and Africana Studies department. The two disciplines share many common conversations on social equity, environmental justice, and the systemic issues in the intersection of environment and society that disproportionately affect communities of color in the United States. Shammin and Peterson are committed to making this field trip a permanent feature of their respective classes each fall. 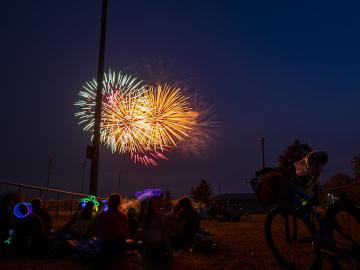 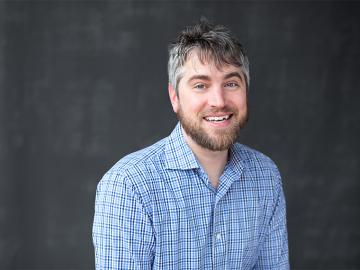 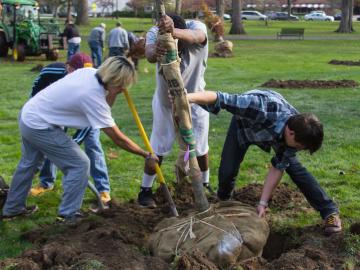