The Office of Undergraduate Research and the Center for Learning, Education, and Research in the Sciences invite all members of the campus and community to a half-day symposium featuring Oberlin College and Conservatory of Music students’ research.

On Friday, October 27, more than 90 students will share research they performed last summer. Thirty-five students on nine panels will each give a brief presentation about their research, and 58 students will be available to explain and discuss their work during a poster session. The conference will examine a broad range of topics such as the “Effects of South Africa’s Linguistic Diversity on Academic Success” and “Activism in Chicago's Music Scene.”

The conference takes place in the Science Center. Concurrent sessions of oral presentations begin at 3 and 4:30 p.m. in various classrooms. There will be a reception at 5:50 p.m. in Perlik Commons. The poster session will begin in Bent Corridor at 6 p.m. and will conclude at 7:20 p.m.

Get a quick sampling of just three of the projects from Friday's presenting students:

Linguistic diversity is one of South Africa’s most distinguishing characteristics. Students’ right to be taught in the official language of their choice is enshrined in the constitution. With early exposure to multiple languages, monolingualism among South African students is a remarkable rarity. Yet, this linguistic diversity sometimes serves as a hindrance to student’s ability to access academic spaces. Students who attend schools with a medium of instruction other than English and Afrikaans are greatly disadvantage in standardized national exams, which must be taken in either English or Afrikaans beyond the third grade. This research analyzes how the use of non-native languages as primary media of teaching affects students’ ability to access academic spaces. Specifically, it examines the extent to which student's learning is encumbered by language barriers in rural communities of Mpumalanga, with the Mgwenya Circuit of Ehlanzeni District as a case study. The education crisis in South Africa’s rural communities is a conglomeration of numerous complex social problems that all manifest through poor academic performance. This research seeks to unravel the extent to which language barriers hinder the pursuit of a more equitable public school system.

The purpose of my research is to examine the relationship between Chicago artists and the communities they come from using various artists’ responses to controversial events as case studies. Within the last five years, Chicago has been a place of intense creative energy and many artists have found themselves at the forefront of Chicago’s music scene. Artists like Chance the Rapper, Vic Mensa, Noname, and others have made a significant impact in hip-hop through their music and through their activism. Within the last decade, Chicago has faced teacher strikes, police brutality, and gun violence; these artists respond to significant events through their music and performances in order to be a voice for their community. In March of 2017, Chance donated $1 million to Chicago Public Schools as a response to Governor Bruce Rauner wanting low-income Chicago Public Schools to file bankruptcy. In a press conference where he announced his donation, Chance also mentioned that Governor Bruce Rauner needs to “do his job.” There is a vast community of artists, like Chance, who are using their influence to promote the importance of art and education to Chicago’s youth.

My mentor, Dr. Michael Forbes of Akron Children’s Hospital, and I sought to explore whether it is better for a critically ill child to arrive at the hospital by Emergency Medical Services (EMS) or private vehicle (nEMS). This is a critical question to ask as 25 million children arrive at the emergency room every year accounting for a quarter of visits, yet they are two and a half times less likely than adults to use EMS. To answer our question, we looked at the epidemiology and geographic distributions of all of Akron Children’s Hospital’s pediatric intensive care unit admissions from 2009 to 2016. We compared length of stay, acuity, risk of mortality, age, and distance to get a sense of how EMS versus nEMS transports fair. We found mortality was lower in the EMS population despite higher acuity. We also found an incredibly wide range to nEMS transports although the distribution is concentrated in northeast Ohio. This information will likely have an impact on the design of future prospective studies as well as increased education efforts on the benefits of EMS.

Alumni journalists from a range of publications will present at “A Disrupted Media Landscape: Skills, Perspectives, Solutions,” February 24 through March 1. 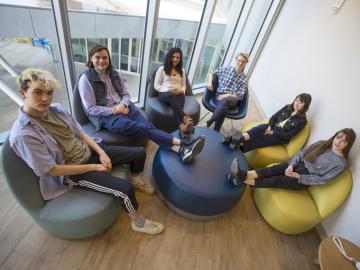 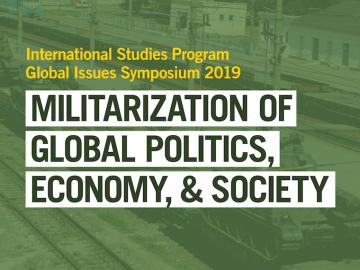 Alumni panelists who participated in Creating Space: Curating Black Art Now, a symposium hosted by the Allen Memorial Art Museum, reflect on the museum and their experiences as students. 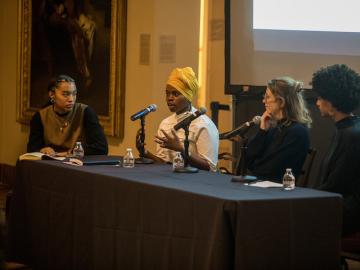