Floyd, a 46-year-old Black father of two, was detained by Minneapolis police on suspicion of passing a counterfeit bill. Within 9 minutes and 29 seconds, he was dead on the pavement after a white police officer, Derek Chauvin, pressed his knee on Floyd’s neck while Floyd cried out for his deceased mother. The incident, captured on video, rallied people by the tens of thousands—in the United States and abroad—who risked contracting the coronavirus to march for racial justice. They shouted the names of other murdered Black men and women, and took a knee in their honor. They vowed not to forget this moment.

For some, Floyd’s murder was a shock that raised awareness about injustices and the day-to-day racism that Black, brown, and other people of color face. Others did not need a reminder.

A number of people in Oberlin’s Black community—faculty, staff, and alumni—were invited to share their own experiences of racial injustice, outrage, the murder of George Floyd, the world’s response, and whether this moment will be different.

Here are selections from their responses. 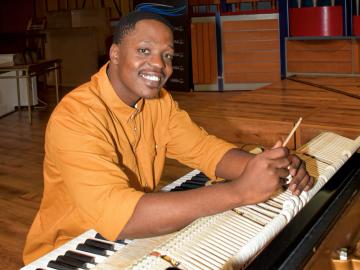