It started with an appeal from Michael Morgan ’79, who had been music director of the Oakland East Bay Symphony for a decade. “I have it on good authority that you’re a fine baritone,” Morgan’s message to Preacely read. “E-mail me back if this is true.”

Indeed it was true, and soon young Preacely found himself booked for a cross-country gig with a piece he had never performed: Rachmaninoff’s choral symphony The Bells. “I went to get the music, and I was like this is mature,” Preacely remembers thinking. His Oberlin accompanist, Dan Michalak, gave him no time to feel uneasy.

“Dan said, ‘You’re gonna sing the socks off this thing. Let’s do it!’ I have never been coached like that in my life. l went out and sang the socks off of that song, and they hired me immediately for the next season!”

A decade and a half later, Preacely will make his first return to Oberlin since his student years, to perform a recital alongside Michalak at 8 p.m. Thursday, March 31, in Stull Hall. The program includes Copland’s Old American Songs and a series of Broadway tunes, as well as traditional spirituals. It will be followed by a question-and-answer session.

“I am so looking forward to working with Dan again—it’s insane!” he says. “I cannot wait to collaborate with him again.”

Michalak shares his enthusiasm. “The main thing I remember about Michael—aside from his being an incredibly nice guy with a great voice—is that he has an insatiable thirst for knowledge and always maintains great positive energy about the entire music-learning process,” the vocal coach says.

Preacely will be joined by his wife, LeTicia Preacely ’03, whom he met and married at Oberlin in a ceremony presided over by Oberlin Associate Professor of Religion A.G. Miller. During premarital counseling, they became dear friends with Miller and his wife Brenda Grier-Miller, associate dean of Student Academic Services and founder of the First in the Family series.

"Michael has always used his instrument, his personality, and his love for God to serve the people and places where he has been blessed to live and travel," says Grier-Miller.

Launched in 2011, First in the Family brings back former first-generation students to speak about their experiences and to demonstrate to current students that they can make their own success stories. The Preacelys’ visit marks the first collaboration between Student Academic Services and the conservatory.

Originally from Chicago, Preacely had only an uncle who attended college before him. “My mom and dad knew the importance of going to college, but they could never give me a clear sense of what it was like,” he remembers. “They weren’t able to tell me about the difficulties that go with it, and the triumphs as well.”

Like many young singers, Preacely’s first exposure to music came in church, where his talent was recognized by his choir director and others. One day as a teenager, he received a brochure from Oberlin with a photo of Hall Auditorium on the cover. “I said, ‘I want to sing there!’” Move-in weekend of his first year on campus marked his first-ever visit to campus.

“I was like a lot of first-generation college students in that I didn’t go through the process of looking at colleges,” says Preacely, who studied with Richard Miller. “When I first got to Oberlin, I missed home big time because I had never been away before. I went home 10 times in my first semester, but I got over it quick!”

Today, Preacely happily blends his regional performing career with a blissful family life raising three young sons. He has earned acclaim for his roles in operas ranging from The Phantom of the Opera to Porgy and Bess, on stages from New York to Russia. His wife, a former religion major, is communications director and a preacher at their church in Lexington, Ky.

Why Lexington? It’s the home of the University of Kentucky, where Preacely earned a master’s degree—the first in the family, of course.

Based on an ancient Roman tragedy, April 15-17 production serves as the final project for Goldberg's major in opera directing. 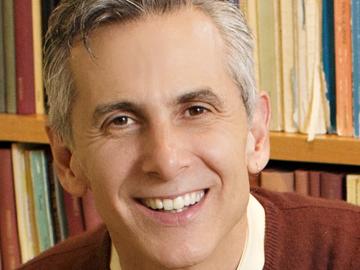