Andrea Gyorody has been named the Ellen Johnson ’33 assistant curator of modern and contemporary art at Allen Memorial Art Museum.

Gyorody will oversee the museum’s collection of 20th and 21st century art, including paintings by Gorky, Kirchner, Modigliani, Monet, and Picasso, among others. Her role will also require working closely with faculty and students to mount exhibitions of contemporary art, organize related programs, and acquire new works for the collection. Additionally, Gyorody will collaborate with staff on an upcoming exhibition celebrating the legacy of Ellen Johnson, for whom her curatorship is named, which will be on display in conjunction with the museum’s centennial during the 2017–2018 academic year.

“The museum’s collection is absolutely stunning,” says Gyorody. “To get to work with artwork from 1900 all the way to the present, to commission projects, and work with students—it’s my dream job.”

Gyorody says she is looking forward to the opportunities the role presents and hopes to implement several new contemporary art initiatives. One of these projects includes acquiring works of new media, specifically film and video, which have not played a prominent role in the Allen’s collections or programming to date. “I’d really like to explore video and film and potentially take advantage of using various spaces around town and on campus, as opposed to only showing film in the space of the museum or in a classroom setting. I’m very interested in finding partners among faculty, staff, and students who would like to work together to make that happen.”

Gyorody also has plans to implement socially engaged projects that are highly participatory in nature. “I’m hoping to do a show that addresses the intersections of art, food, and politics. There are so many fascinating objects in the Allen collection that I could show, which would also provide context for contemporary artists and collectives that do work related to food.”

In the future, she would like to explore how to extend the reach of the museum’s contemporary art collection further into the college community. “I’ve started to think about how we could activate places outside of the museum—including the Frank Lloyd Wright house that was once Ellen Johnson’s home, as well as other spaces on campus.”

Gyorody says she is excited to be part of the college. “I’m looking forward to joining an outstanding staff and becoming a part of the Oberlin community, which has already been extraordinarily warm and welcoming. I’m eager to collaborate with faculty, staff, and students to craft a modern and contemporary program that is inclusive, provocative, and responsive to the present moment.”

Gyorody comes to the museum from the Los Angeles County Museum of Art, where she was an assistant curator in the Robert Gore Rifkind Center for German Expressionist Studies. A PhD candidate in art history at the University of California, Los Angeles, Gyorody is completing a dissertation on the late German artist Joseph Beuys and his conception of “social sculpture,” an important and understudied precedent for contemporary participatory and socially engaged practices. Gyorody earned a bachelor’s degree in Fine Arts from Amherst College before going on to Williams College, where she completed a master’s degree in art history. 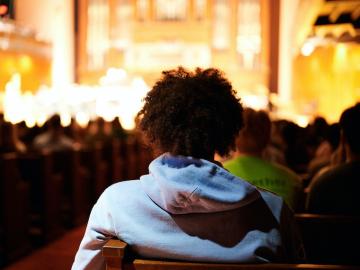 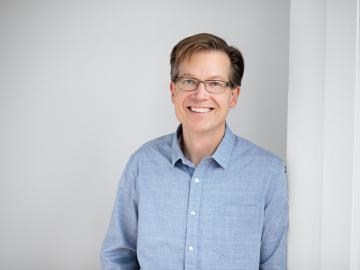