During this year’s Commencement/Reunion Weekend, the college celebrates the 150th anniversary of the Oberlin Conservatory of Music. The items below include a photograph of the Mahan-Morgan House, which was built for Oberlin’s first president, Asa Mahan, and later was home to the conservatory. To find information about other buildings in the conservatory’s history, view the archives’ guide to the Architecture of Oberlin College.

Also pictured is the handbill from the first conservatory concert in 1865, students playing music around a charter bus in 1952, students boarding a plane for the Soviet Union tour in 1964, the Oberlin Jazz Ensemble with Anthony Braxton in 1982, and a rooftop concert in downtown Oberlin circa 1970s-80s. 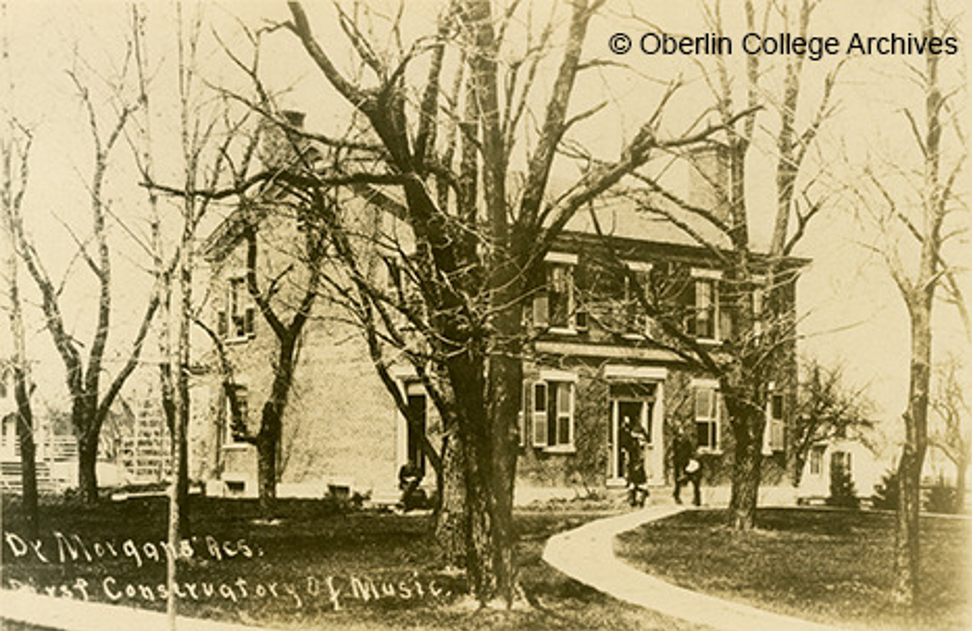 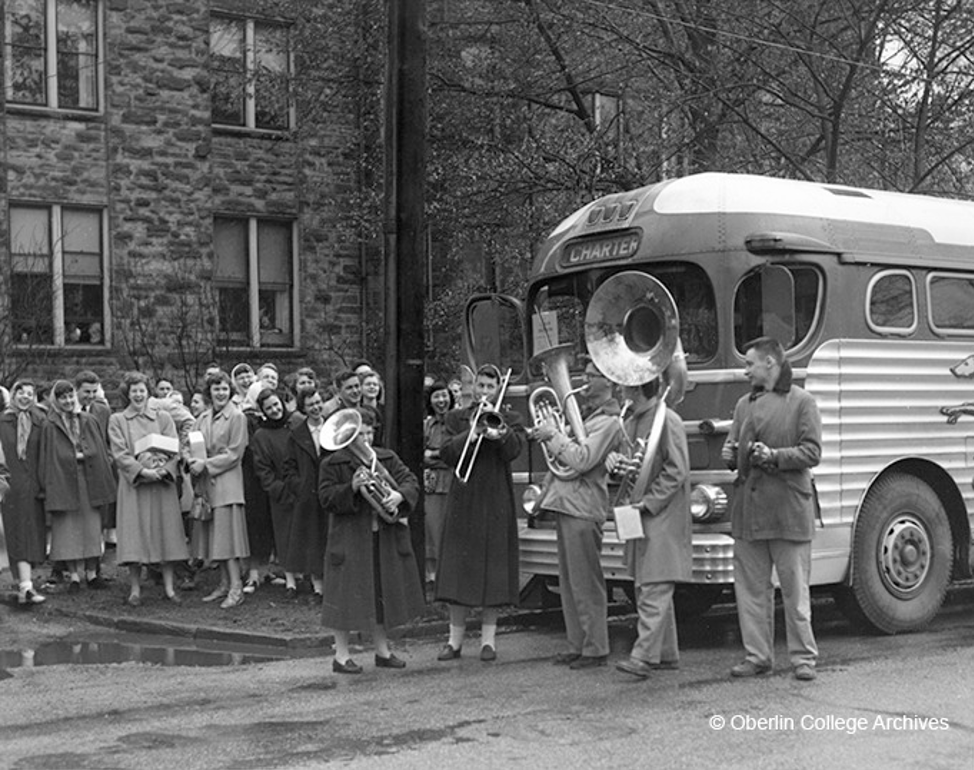 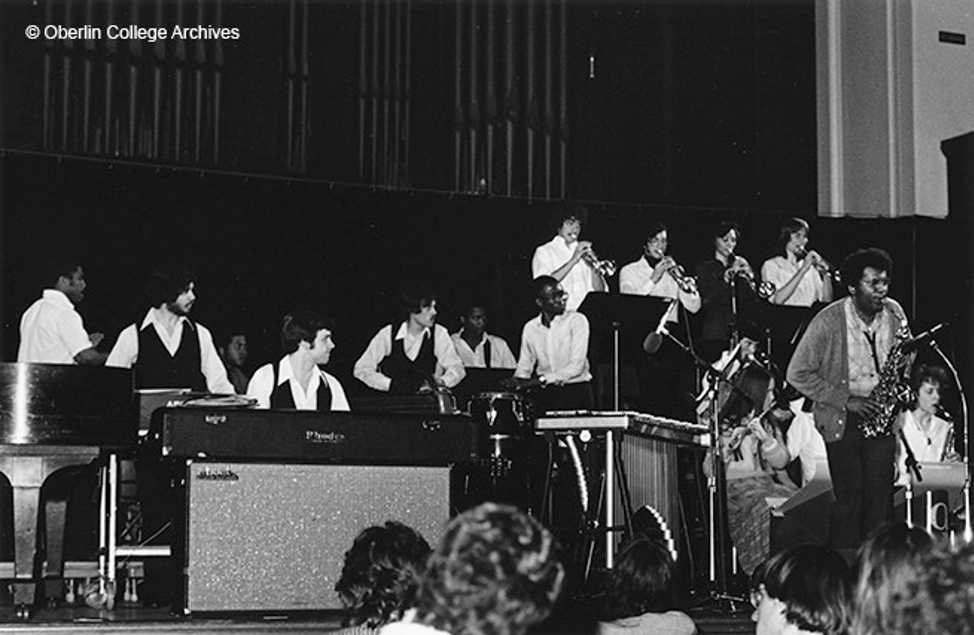 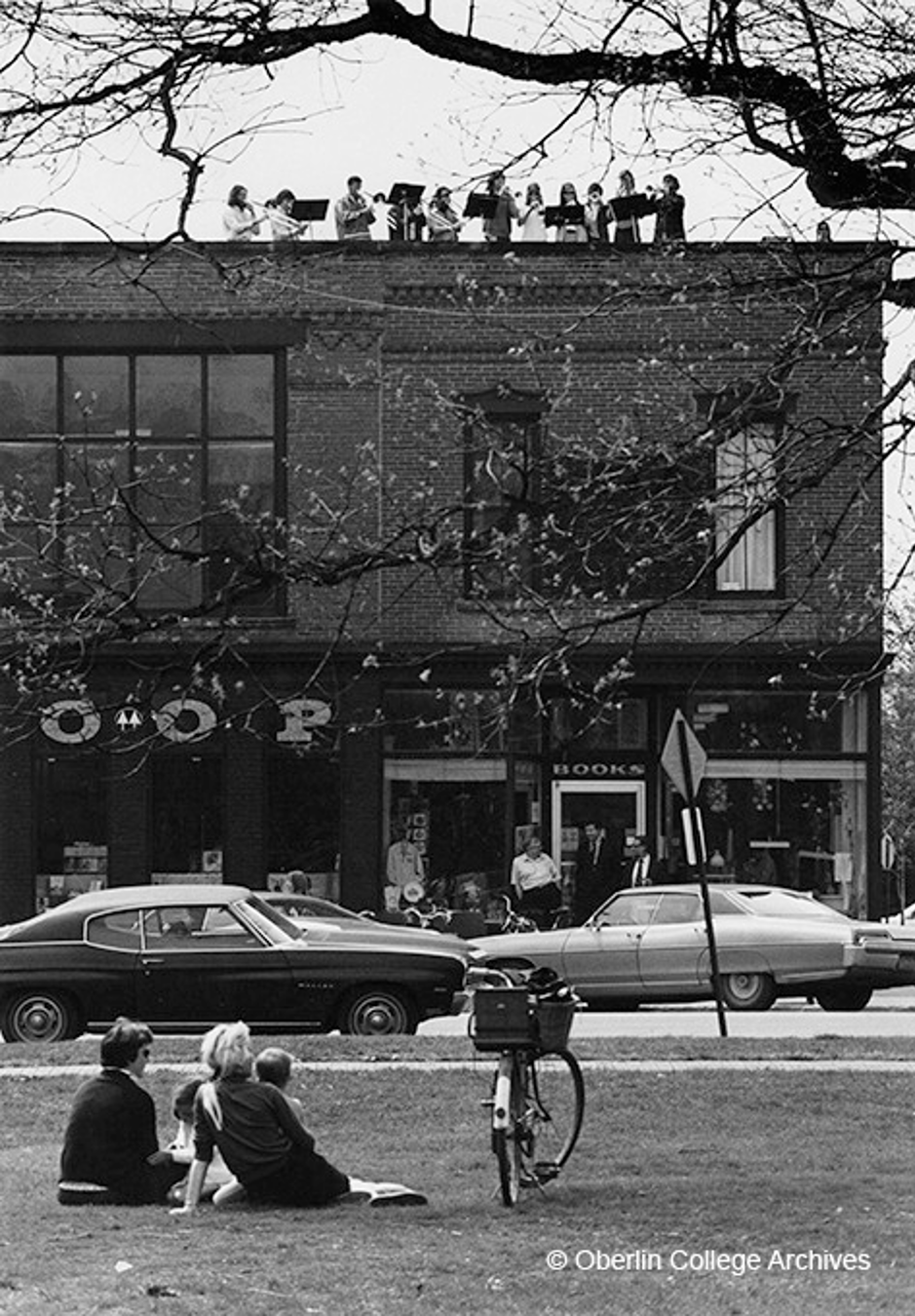