All applications will be reviewed after the March 15 deadline.

The Oberlin Virtual Voice Intensive is a rigorous workshop for dedicated high school voice students considering a future in vocal performance. This program is ideal for students who want to explore the many facets and opportunities available to singers, as well as learn important techniques and strategies applicable for auditions, performances, and collaborative experiences.

Faculty for the Vocal Academy for High School Students include conservatory voice and opera faculty and those from other distinguished music schools. Academy faculty draw from a wealth of pedagogical and performance experience, including study and training in renowned conservatories and performances and recordings with highly regarded orchestras, ensembles, and opera companies.

Thomas Bandy teaches collaborative piano, English, Italian, and German lyric diction for voice majors, and seminars at the conservatory in Czech and Russian lyric diction and vocal repertoire. He also teaches classes in lieder and mélodie. Bandy has overseen the musical preparation of Oberlin’s mainstage opera productions. He has also been on the faculty of the summer Taos Opera Institute in New Mexico as Czech, Russian, and Italian coach, and regularly gives master classes for singers and pianists at Notre Dame. Bandy studied with the renowned Martin Katz at the University of Michigan.

Salvatore Champagne ’85 is a conservatory associate professor of singing. He began his singing career in 1988, when he was chosen to be the tenor soloist in a European tour of Leonard Bernstein's Songfest conducted by the composer. Immediately thereafter, he joined the ensemble of the Badisches Staatstheater in Karlsruhe, Germany, appearing in a wide range of leading tenor roles. For the next 10 years, he was engaged as a guest artist in many of Europe’s finest opera houses and concert halls.

Kendra Colton '83 is an assistant professor of singing in the conservatory. She has performed with the orchestras of Boston, Indianapolis, Houston, Pittsburgh, San Francisco, Cleveland, and Minnesota, as well as the National Symphony Orchestra and the Los Angeles Philharmonic Orchestra. Adept at a wide range of repertoire, Colton has developed a niche in oratorio and sacred works from Bach to Brahms, and is recognized for her interpretation of contemporary chamber music and championing of little-known works written in the last century.

Soprano Katherine Jolly emphasizes physical and mental well-being in her teaching, principles instilled in her as a young dancer and through years of yoga and mindfulness studies. An avid performer in a wide range of settings, Jolly was a winner of the 2006 Metropolitan Opera National Council Auditions Grand Finals. She has enjoyed leading coloratura and soubrette roles with companies including Opera Theatre of Saint Louis, Houston Grand Opera, Florida Grand Opera, New York City Opera, and American Lyric Theater.

Timothy LeFebvre is associate professor of singing at the conservatory and teaches private voice and oratorio repertoire for singers. His is a nationally acclaimed baritone, and his musical experiences range from the operatic stage to the concert hall. He has performed extensively as a soloist and in concerts with such groups as the Cleveland Pops Orchestra, Vermont Symphony, American Symphony Orchestra, and others.

Lorraine Manz is a conservatory professor of singing, with a special interest in voice pedagogy. A mezzo-soprano, she has been featured as soloist in orchestral, oratorio, recital, and chamber music settings. She has performed as soloist with the Cleveland Orchestra, the Aspen Music Festival Orchestra, Blossom Music Festival (Cleveland), New Hampshire Music Festival, and many others. In 2014, she was elected to the American Academy of Teachers of Singing.

Christopher Mirto is an assistant professor of opera Theater at the conservatory and has worked as a freelance actor, director, and producer. His career highlights include performing in two of Richard Foreman's plays at the Ontological-Hysteric Theatre in New York City and directing a revival of Dionysus in 69 at the Performing Garage. Mirto has directed operas at Manhattan School of Music, Curtis Institute, and with the Longfellow Chorus in Portland, Maine.

Gregory Ristow directs the Oberlin College Choir and Musical Union and teaches courses in vocal chamber music and conducting. He has conducted with the Indianapolis Chamber Orchestra, Houston's Foundation for Modern Music, the Voices chamber choir in Rochester, N.Y., as artistic director of Encore Vocal Arts in Indianapolis, and as assistant conductor of the Gregory Kunde Chorale in Rochester. In addition to his work as a choral conductor, Ristow is in demand as a teacher of Dalcroze eurhythmics, a method of teaching music through movement. He earned a DMA in conducting at the Eastman School of Music, where he taught undergraduate and graduate conducting and was assistant conductor of the Eastman Chorale and the Eastman-Rochester Chorus.

Michelle Adessa, Clinical Speech-Language Pathologist at The Voice Center of the Cleveland Clinic, completed her Master of Science degree in Speech-Language Pathology with a concentration in Voice Disorders at Massachusetts General Hospital Institute of Health Professions in Boston, Massachusetts, and trained at the MGH Voice Center. A former singer and voice teacher, she holds a Bachelor of Music Degree in Voice Performance from Mannes College of Music in New York. 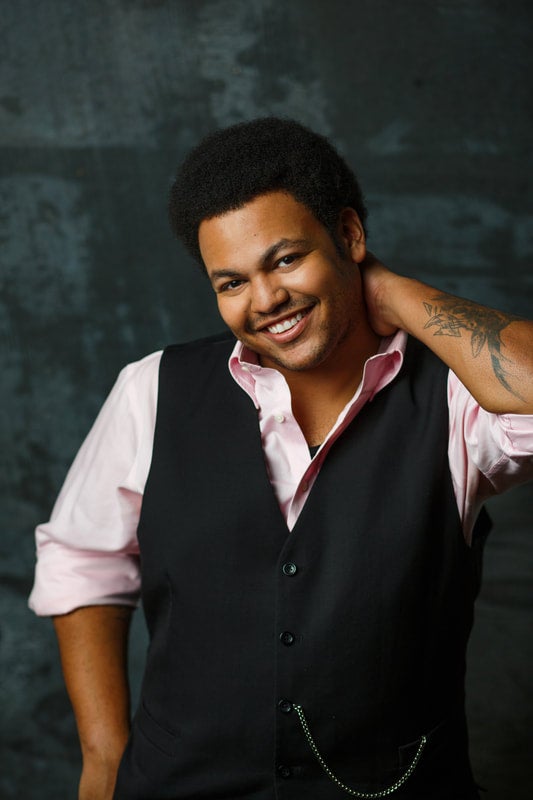 Since emerging on the professional scene in 2018, rising tenor Joshua Blue has performed a growing repertoire in both oratorio and opera settings. His recent operatic engagements include appearances with the Washington National Opera, Opera Theatre of Saint Louis, Wolf Trap Opera, and the Austin Opera. He has been featured in such roles as Tamino in the Maurice Sendak production of Mozart’s Die Zauberflöte, as Monsieur Triquet in Eugene Onegin, and as Alfredo in Verdi’s La Traviata (all with the Washington National Opera), as well as Scaramuccio in Ariadne auf Naxos by Richard Strauss (Austin Opera).

He has also appeared as tenor soloist in Verdi’s Requiem with the Oratorio Society of New York at Carnegie Hall and the Cleveland Chamber Orchestra as well as in Beethoven’s Symphony No. 9 with the National Symphony Orchestra at the Kennedy Center, in Stravinsky’s Pulcinella with the Florida Orchestra, and in the 2021 Grammy-nominated live performance recording of Moravec’s Sanctuary Road at Merkin Concert Hall with the New York Festival of Song.

Blue has received numerous prizes and accolades including the Lotos Foundation’s inaugural James McCracken and Sandra Warfield Opera Prize in 2020. He was a semi-finalist of the 2018 Metropolitan Opera National Council Auditions. He has also received the Ellen Lopin Blair award for his First Place win at the Oratorio Society of New York 2017 solo competition. Blue earned his bachelor’s degree at Oberlin Conservatory of Music in 2016 and graduated from The Juilliard School with a master’s degree. He was an Apprentice Singer with Santa Fe Opera’s 2018 summer festival and he is an alumnus of the Cafritz Young Artist program with the Washington National Opera. 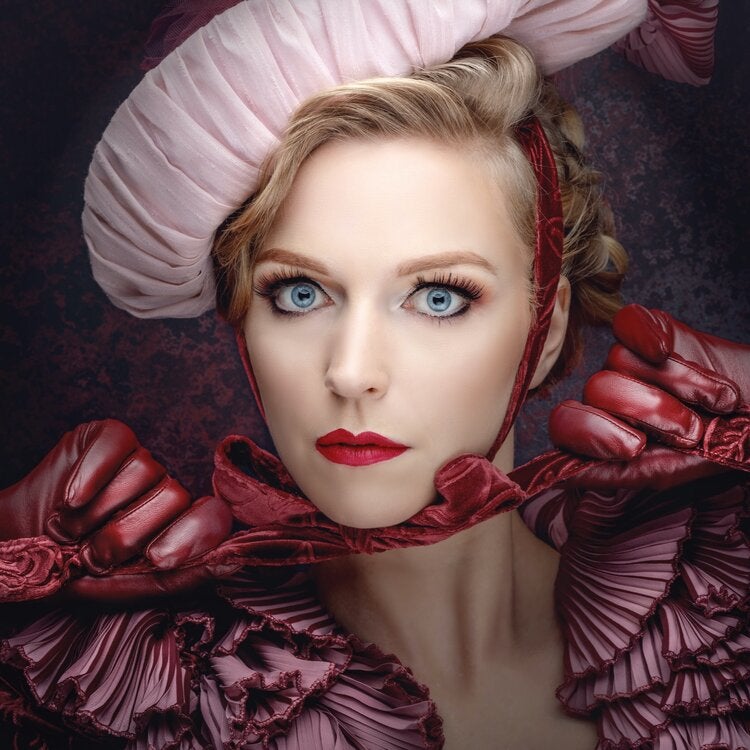 Canadian coloratura mezzo Julia Dawson is a winner of the 2015 George London Award and the Anny-Schlemm Preis at Oper Frankfurt. Upcoming engagements include a return to Oper Frankfurt, debuts with the Toronto Symphony Orchestra and the French Radio Symphony under the baton of Barbara Hannigan, as well as a role debut at the Festival Gut Immling in Bavaria.

Dawson was a member of the solo ensemble at Oper Frankfurt from 2017-2019 where she is also a graduate of the Opernstudio. Important debuts in Frankfurt include Angelina in La Cenerentola, Goffredo in Ted Huffman’s new production of Rinaldo, and the Kitchen Boy in Rusalka as well as roles in new productions of Franz Schreker’s Der Ferne Klang, three operas by Ernst Krenek—Der Diktator, Das geheime Königreich, and Schwergewicht—Rigoletto, and Paul Bunyan. Dawson returned to Oper Frankfurt in the 2019-20 season for Axinja in a new production of Lady Macbeth of Mtsensk.

Dawson has been heard in concert singing Chausson’s Poème de l'amour et de la mer with the Frankfurter Opern- und Museumsorchester, Mozart's Great Mass in C minor with the Vocal Concert Dresden, and Bach's Mass in B minor with the Houston Bach Society.

As a recitalist, Dawson has been presented by Vocal Arts DC and the New York Festival of Song as well as in concerts broadcast on German radio Hessischer Rundfunk. She recently enjoyed performing and producing the world premiere of Girl in the Snow, a monodrama for voice and piano by American composer Scott Ordway, which was presented by Musica+ Frankfurt and for which a studio recording is forthcoming.

Dawson is a graduate of the Academy of Vocal Arts, Rice University, and Oberlin Conservatory.

Versatile American bass-baritone Kevin Short is thrilling audiences around the globe in a wide range of repertoire ranging from the depths of Mozart’s Die Entführung aus dem Serail and Monteverdi’s L’Coronazione di Poppea to Verdi’s Attila, Bizet's Carmen (Escamillo), and Wagner’s Der fliegende Holländer. He has performed with multiple major opera companies, orchestras, and festivals across North America, Europe, and Asia. Short also enjoys an active concert and recital schedule. He received his training at Morgan State University (B.S.), the Curtis Institute of Music (M.M.), and the Juilliard School of Music’s American Opera Center.  While attending these institutions he was a prize winner in numerous competitions and garnered many awards. A few highlights include the Metropolitan Opera National Council Auditions, Internazionale Concorso per Voce Verdiane, the Rosa Ponselle International Vocal Competition, the Bruce Yarnell Competition for Basses and Baritones, the Liederkranz Competition, and awards from the Sullivan Foundation, Opera Index, Shoshana Foundation, and the George London Foundation. He currently serves on the faculty of the University of Maryland’s School of Music.

Those applying for full participation ($675), rather than registering as an auditor ($200) are asked to list voice type and range, attach a current repertoire list, and paste a video recording link(s) of two art songs with accompaniment. In addition, you are required to upload a teacher recommendation (this recommendation can also be emailed).

All applicants (full participation, or auditors) must pay the application/registration fee: $55

Application/Registration Deadline: March 15, 2021
All applications/registrations will be reviewed after this deadline.

Application fee: $55
Please pay this fee whether you are registering as an auditor, or applying as a full-participant.

Full payment for one or both programs is due one week after you receive your confirmation letter.

You may make an electronic payment; if you prefer to send a check, please make the check payable to Oberlin College and mail to:

We recommend using a wired internet connection for the best experience. If you are unable to connect your desktop, laptop, or tablet to the internet using an ethernet cable, a strong, stable wi-fi connection and/or cellular data may be used. Check the speed and strength of your wi-fi at speedtest.net; connections of at least 20 mbps (download) and 10 mbps (upload) are best. If yours is below 10 mbps (download) or 5 mbps (upload), you may need an upgrade from your internet provider. Upload speeds below 5 mbps will produce poor quality video and audio.

We also recommend that participants have access to an external microphone and webcam for best video and audio quality.

Explore Zoom's new High-Fidelity Music Mode, which has made a huge difference for lessons and master classes.