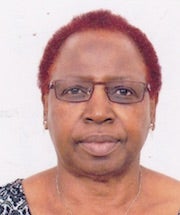 Longwe is considered by many to be the founder of the women’s movement in Zambia and has advocated for women’s rights often at great personal cost. 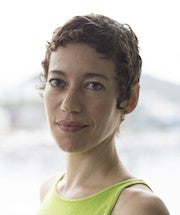 Juliana Barbassa is an award-winning journalist who spent 10 years with the Associated Press, lastly as Rio de Janeiro correspondent. She’s the author of Dancing with the Devil in the City of God: Rio de Janeiro on the Brink, based on the years she spent in Brazil, among other publications. She was born in Brazil, but has lived in Iraq, Malta, Libya, Spain, France, and Switzerland. She’s currently the managing editor of Americas Quarterly, an independent publication of Americas Society, and the premier magazine on Latin American business, culture and politics.

Friday, March 9: Rendering the Games: The Essence of the Mega-event Accumulation Regime 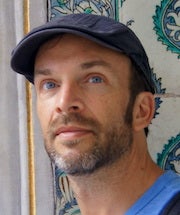 Christopher Gaffney is an urban geographer who investigates the urban and social impacts of sports mega-events, particularly the ways in which event coalitions produce changes in the political economy of urban regions. He lived in Brazil between 2009 and 2014, and ran the influential blog Hunting White Elephants. Gaffney is the author of Temples of the Earthbound Gods (University of Texas Press, 2008) and is the editor of the Journal of Latin American Geography. 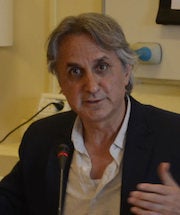 Asef Bayat is the Catherine and Bruce Bastian Professor of Global and Transnational Studies at the Department of Sociology, University of Illinois, Urbana-Champaign. Before joining Illinois, Bayat taught at the American University in Cairo for many years, and served as the director of the International Institute for the Study of Islam in the Modern World (ISIM) holding the Chair of Society and Culture of the Modern Middle East at Leiden University, the Netherlands. His latest book is Revolution without Revolutionaries: Making Sense of the Arab Spring (Stanford University Press, 2017). 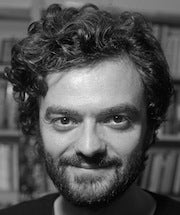 Yaşar Adnan Adanalı is Istanbul-based urbanist, researcher, and lecturer. He is the cofounder and director of Center for Spatial Justice (Turkish: Mekanda Adalet Derneği, Abbrev. MAD). Adanalı has a BA from Sabanci University (Istanbul) and MA on development and planning from UCL (London). His PhD research in Habitat Unit (TU Berlin) is on urban transformation of informal areas in Istanbul and urban grassroots movements. Adanalı worked as a development specialist with informal communities in Dominican Republic, and on refugee camp improvement projects in the Middle East. He teaches participatory planning at Darmstadt Technical University (Germany). Adanalı is a voluntary member of Düzce Hope Studio, set-up for designing the first participatory mass-housing project in Turkey.

Friday, April 6: Cairo News: The City, the Press, and the Public (panel speaker) 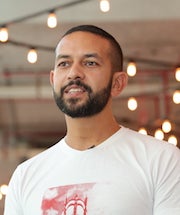 Mohamed Elshahed is the Modern Egypt Project curator at the British Museum. He has a PhD in Middle Eastern history from NYU, and he is the founder of blog Cairobserver.com. Trained as an architect, Elshahed’s multidisciplinary practice focuses on the history of modernism in Egypt through architecture, images, and objects. His research and writing have focused on the works of Egyptian modernist architects, their publications, and the circulation of images of modernist buildings as a form of politics. At the British Museum, he is responsible for building a new collection of material culture from the past century in Egypt. The collected objects will shed light on lifestyle, culture, economy and politics, as well as the developments, transformations, and major events in 20th-century Egypt. 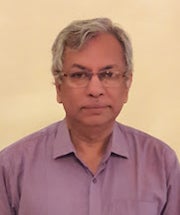 Haque is a professor of economics at East West University (Dhaka, Bangladesh), director of the Economic Research Group, executive director of the Asian Center for Development, and a member of the Steering Committee and the Advisory Committee of the South Asian Network for Development and Environmental Economics (SANDEE). He is an environmental economist with teaching, research, and popular articles on climate change, agriculture, and urban issues in developing countries with a focus on South Asia in general and Bangladesh in particular. 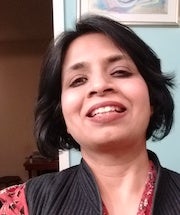 Ranjani Mazumdar is professor of cinema studies at the School of Arts & Aesthetics, Jawaharlal Nehru University. Her publications focus on urban cultures, popular cinema, gender and the cinematic city. She is the author of Bombay Cinema: An Archive of the City (2007) and coeditor with Neepa Majumdar of the forthcoming Wiley Blackwell’s A Companion to Indian Cinema. She has also worked as a documentary filmmaker and her productions include Delhi Diary 2001 and The Power of the Image (codirected). Her current research focuses on globalization and film culture, the visual culture of film posters, and the intersection of technology, travel, design and color in the 1960s’ Bombay Cinema. 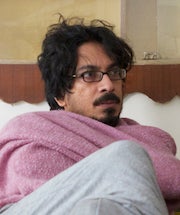 Sarnath Banerjee is the author of the graphic novels Corridor, The Barn Owl's Wondrous Capers, The Harappa Files, and recently All Quiet in Vikaspuri. Banerjee has received several fellowships, such as the MacArthur, Indian Foundation for Arts, Charles Wallace Trust Award, and Egide Bursary in Paris. In 2012, he was commissioned for a public arts project during the London Olympics called the “Gallery of Losers.” Banerjee is also the cofounder of Phantomville, a publishing house that exclusively published graphic novels based on collaborations. He received the young publisher award, 2008, by the British Council. Born in Calcutta, Banerjee currently lives and works out of Berlin.