I learned what grew where and when each species bloomed...I learned that actively engaging in nature, every day, is the best teacher of these things—better than any book or classroom could ever do alone.

I love plants, and I love the gift that is being able to care for them. My time in the Environmental Studies department at Oberlin has given me countless leads to connect that passion to doing something for the world.

Looking to spend time getting hands-on experience in sustainable agriculture, I spent the summer after my third year as part of a six-person farmhand team on the George Jones Memorial Farm in Oberlin. I worked as an intern on a fellowship thanks to the generosity of the EnviroAlums Committee, which afforded me a great deal of flexibility and independence in my project.

Originally, I was going to focus my energy on building more raised beds on the property and designing a tea and herb garden in that space, but by the time I started in June, the farm had a new manager and someone else had already built more raised beds. So I discussed what was needed with the new farm manager, and we assessed what would be most beneficial for the farm and for my learning at that time. From there, I began a project to rehabilitate the learning garden, a beautiful, unique growing space first created in 2008. It had not seen much maintenance in the spring and in the last couple of seasons, leaving it entirely overgrown.

Much of my time during the summer was spent learning how to use a weed eater and pulling out unwanted species. This, however, turned into an opportunity to learn about native, beneficial species so that I could identify them and leave them in the ground.

My goal for the learning garden is for it to become a place where ecologically beneficial perennial species thrive, incorporating a mixture of food plants such as the fruit trees and raspberry bushes that were already planted with herbs and wildflowers, many of which have medicinal uses or can be sold as cut, decorative flowers. Over the three months, I learned what grew where and when each species bloomed, from yarrow to echinacea to mallow to swamp milkweed and many more. I learned that actively engaging in nature, every day, is the best teacher of these things—better than any book or classroom could ever do alone.

When I wasn’t working on the learning garden, I helped out with other farm duties and tasks for City Fresh, the community-supported agriculture nonprofit that manages the farm. This broadened my farming knowledge and gave me a taste of working for a small nonprofit. My favorite of these tasks was getting to see the people of Oberlin on Saturdays at the farmers’ market and sharing the produce that we worked so hard to grow with someone who would get to eat it.

I also experienced the way that being outdoors can really bring out the best in people, especially when we all were determined to leave the farm better off than we found it. The farmhands, along with the couple of City Fresh employees with whom we worked closely, became a family by the end of the season. After three largely isolating years spent worrying about COVID and dealing with poor mental health, it was the first time I had felt like a part of a real team in a long time. Being outside and collaborating on a vision for the farm brought us together, and brought out a joy and motivation in myself that I had been missing.

Although I had to step away from the farm for the fall semester to study abroad, I am eager to return in the spring with even bigger plans. I am currently working with some other students to found a student farming organization for the college that will make it easier for students to get involved on the farm. I and others have noticed a huge, untapped demand among students to do so, but transportation resources and organization for those who want to know what they can do on the farm is lacking. Having more people to help out regularly will help boost the farm’s trajectory and make it a space of learning, growing, and congregating once more.

A farm like George Jones is made to bring people together. Despite ups and downs in its history, I firmly believe that it is a space that is valuable to the Oberlin community. Working there instilled me with great confidence and peace, provided me valuable connections to others, and taught me much more than I could recount in this story. Food is so central to human life and our communities, it’s no wonder that growing it has amazing capacity to bring people together. 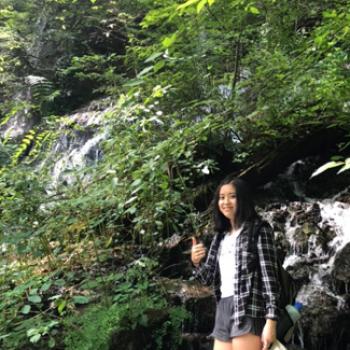 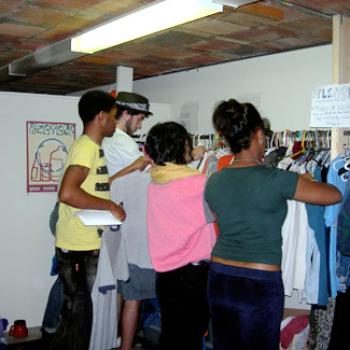 On the Big Swap

“We are sustainability royalty for the week. Who else would skate home wrapped in a down comforter and carrying green alligator pillows under their arms all in the name of re-use and resource... 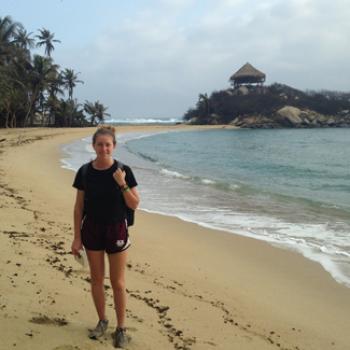 On combining interests in creative writing and environmental studies

“In providing a text that shares experiences of running and strength in running, I hope that this collection helps women feel more empowered to openly move throughout the environment.”