Get Directions
Cost Free to all

‘‘Buried Alive? How Sediments Shut Down Faults in the Gulf of Alaska,’’ presented by Lindsay Lowe Worthington of the University of New Mexico. 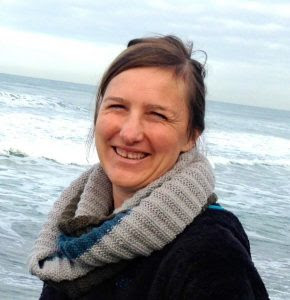 Combined with high uplift rates and proximity to one the of the world’s most seismically active margins, the area provides a superb setting for evaluating competing influences of tectonic and surface processes on mountain-building. Before Integrated Ocean Drilling Program Expedition 341 in 2013, studies were limited by the absence of information on the time-dependent behavior of glaciers and faults.

High precision age constraints from drilling show how fault activity across the offshore St. Elias Mountains varies through space and time. Following an order-of-magnitude increase in sediment accumulation rates at the Mid-Pleistocene Transition, when northern hemisphere glaciation transitioned to 100,000 year cycles, previously active faults within the primary glacial depocenters shut down. Core-derived geotechnical analysis of the extent of sediment dewatering shows that the high accumulation rates, along with the increased sediment load, may control the suppression of faulting.

This talk will also highlight future opportunities for investigating climate-tectonic interactions along the eastern North Pacific margin via ocean drilling.

Worthington is an assistant professor at the University of New Mexico. She uses seismology and geophysics to study Earth structure, mountain-building, glacial dynamics and plate boundary fault processes.

Check out other events:

Pat Sturges, Department of Geology
440-775-8350
psturges@oberlin.edu
View this event on our Calendar site