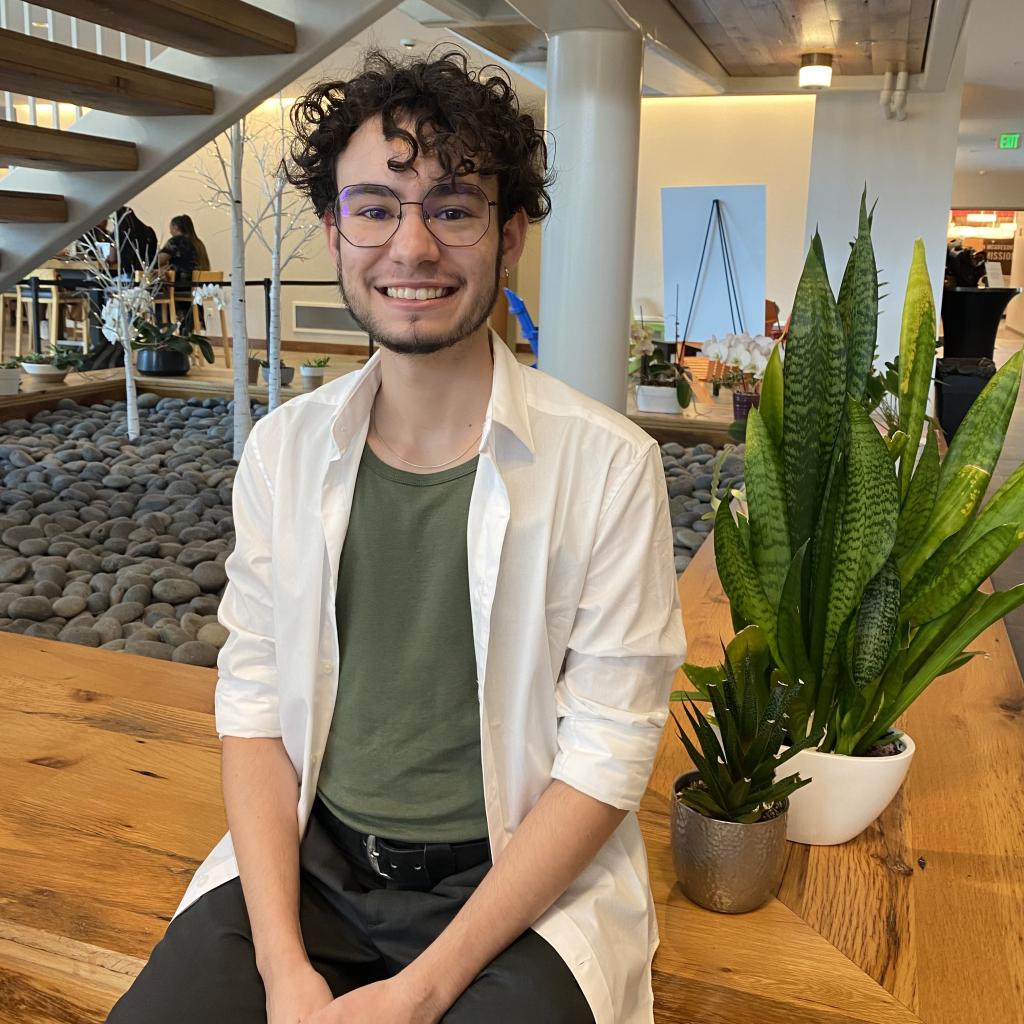 Alexander Saint Franqui (he/him) is a Puerto Rican, first-generation, low-income student from Jersey City, New Jersey. He is a fourth-year Anthropology and English double major, with double minors in Creative Writing and Linguistics. Outside of the classroom, Saint is a Brenda Grier-Miller Scholar, and in addition to his role as a Senior Fellow, serves as an Executive Functioning Tutor, holds a student leadership role as a Peer Mentor, works with Rise and Thrive (a campus-community partnership aimed at improving mental health on college campuses and the surrounding community), and also sits as a figure drawing model for studio art classes.

In previous years, Saint has been a Peer Career Advisor and a Senior Staff member at Wilder Voice, one of Oberlin's many student-led publications. He has also participated in social justice organizing on campus and held leadership roles within the POC working group as the POC Caucus Loose Ends Coordinator and POC-White Communication Liaison. In his free time, you can catch him at The Local getting some coffee, making Spotify playlists, or playing with his cat, Pooh.

In addition to its strong academic community and small class sizes, Saint chose Oberlin for its highly motivated and passionate student body. He fell in love with the small town life of rural Ohio when he visited during the Multicultural Visit Program his senior year of high school, and he knew that Oberlin is where he wanted to spend the next four years for college.

At Oberlin, Saint cultivated his passions for writing and social justice through his classes both in Anthropology and in English. After Oberlin, he hopes to work in diversity, equity, and inclusion in the non-profit sector.