The two weeks last summer before I made my way to Oberlin were my whirlwind vacation weeks. First of all, I visited my friend Austin in Chicago. Austin is a feller I've known since high school, responsible for many a ludicrous youtube video. He took last year off to work for an Americorps program in Chicago and is now returning to academia at Northwestern University in Evanston. He's been really active with youth-helping groups all around Chi-town this last year and summer, and is something of an inspiration to kids across the South Side of Chicago, and me. We had a wild four or five days all over Chicago, walking the mean streets and eating some mean meats (seriously, I had to go vegan for a week after that trip just to detox from the beef). After a bus trip and a three day stay in my own bed in Missouri, I was off to the the East Coast for a long weekend in Cape Cod with a friend I've known and played with since second grade. His name's Will and he was involved in about three plays at any given time at this theatre company in Chatham, MA, and found a couple of days where he was able to squeeze in some time with me, what a guy. Cape Cod was beautiful, temperate, and overwhelmingly white. 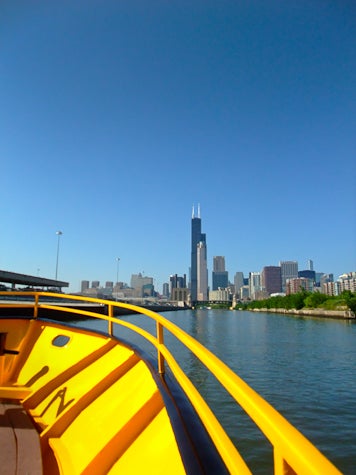 These are two friends I have had and loved for years now. There is a level of security and acceptable silliness you can enjoy with friends you have known since second grade, a decade and a half ago now. I don't have much fear that these guys will have changed or anything when I see them, even though years go by between face-to-face meetings sometimes. There are friends from high school who I wonder about, though. People really do change a lot during college-age years. Could friends of mine change enough that I wouldn't have anything to talk about them with? When we went to the same school, we always had common friends and activities to talk about. Would we have to resort to drinking just to feel less nervous? (this is, in fact at the root of some of my alcohol wariness, I believe. That I will be having a synthetically-produced good time with people I might not have a good time with otherwise. I think I'm coming around to the idea of "social lubrication"). College friends, on the other hand, people you meet in college and become tight friends with, can partially be trusted to remain the same for a while. I hope so. You know who you are when you leave college better than you do when you get into college and the people who find this out with you know you, often before and after. They have lived in some proximity to you, and have probably seen you make mistakes and have successes. Either they knew you before, during and after you were becoming an adult, or they met you sometime after you had started. 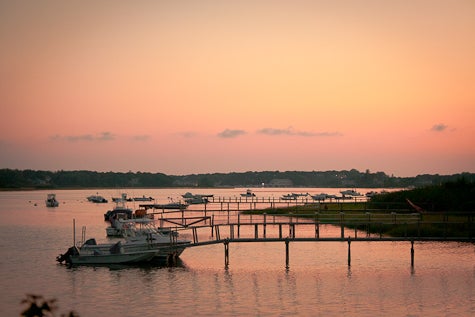 Sunset on Cape Cod. Amazing weather, pretty views. You could have counted the minorities I saw on this trip on one hand. One finger, actually.

My college friends are truly great. Really. Plus they could totally beat up your college friends. I've grown to love and appreciate the people on the Cross Country/Track teams, people in Obehave!, friends I've met in classes, everyone. I never actually believed that I would find better friends in Oberlin than I had back in high school. It sounds weird, I imagine, because I did idealize college and assumed that I would not only meet my soulmate/love of my life/spouse in college, but that I would make two dozen friends that I would be friends with for the rest of my life. I may have unconsciously assumed that people outgrow their high school friends a bit in college and that the people they meet after their high school graduations will be so much better than their old friends that they will have to 'choose between them.' The whole thought process is flawed, I've realized. Of course, I could have watched the Toy Story trilogy and found out the easy way, but you never replace friends at all. I've never met anyone quite as funny as Will or Austin in exactly the same way I think Will and Austin are funny, but I never had anyone in high school who was as unintentionally funny as my teammate Albert is, or who loved sandwiches as much as my friend Sam does.

Extra Credit: Toy Story can also help you get through tough body-image/substance addiction problems, if you're having trouble with that stuff. Thanks Pixar!

Pre-college friends are a weird breed; mine we there for me for more of my life than college life and yet I feel closer to people I've bonded with over the last year than some of my friends-since-kindergarten.

I just theorize that because we live our lives so intensely as college students, our friendships adjust accordingly.

Sidenote: Pixar also rocks. I want to work there one day.

Joe! I can't believe it took me this long to read your blog! I think this one is my favorite. haha once again my friend a Job well done!