Oberlin’s got a wonderful campus, but sometimes it’s nice to have a change of scenery. For my winter term, I traded the flat, untamed wilds of Northern Ohio for this view in New York City: 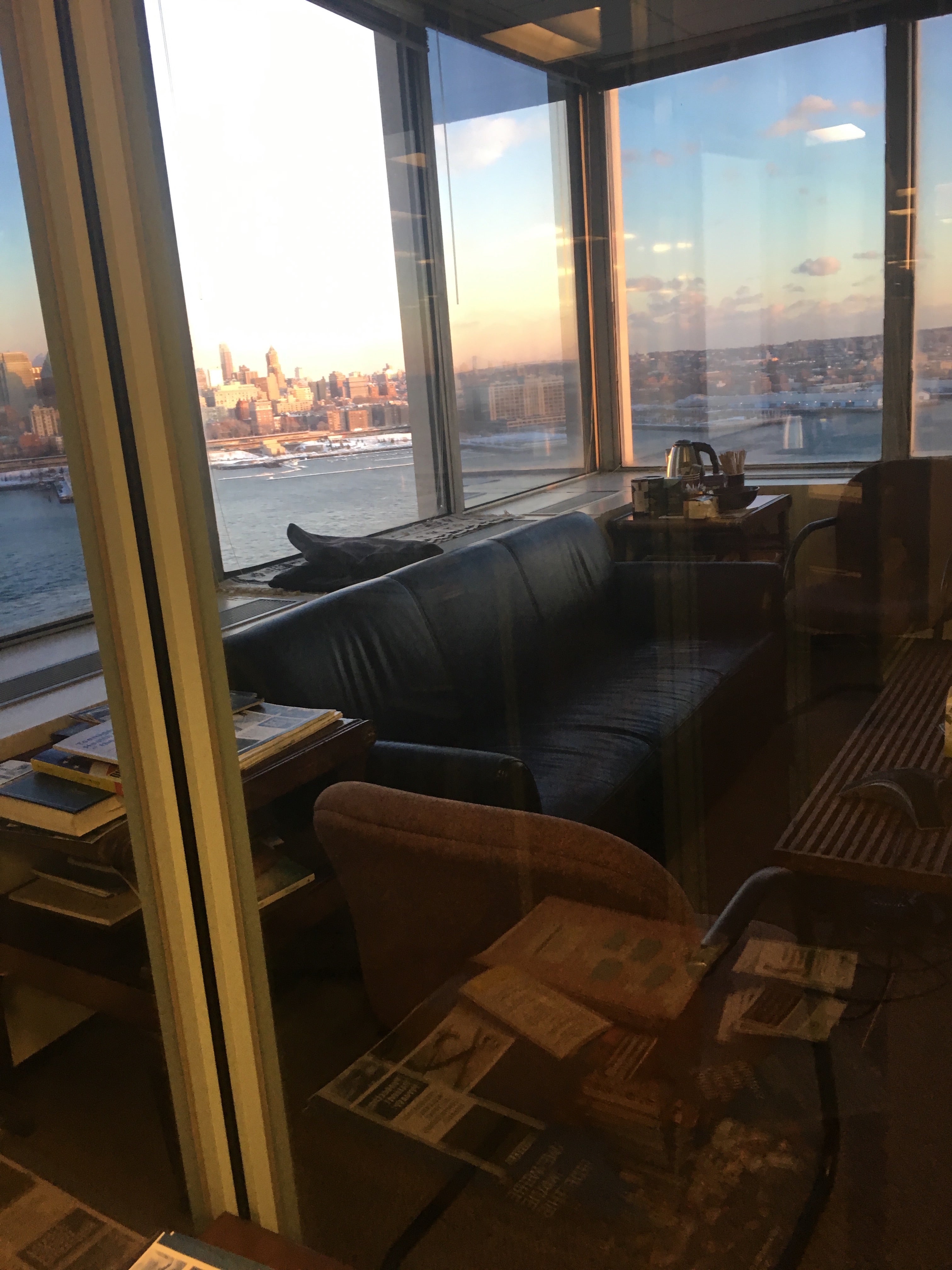 If you’ve found your way to this blog, you’ve probably already heard a thing or two about Winter Term. Our annual self-guided project can entail pretty much anything, as long as it has some kind of educational value. Here are some of the things friends of mine took on last month:

As for me, my Winter Term project was an internship with the American Civil Liberties Union of New York, or NYCLU. True to its name, the NYCLU is a non-profit, non-partisan organization that fights to protect the civil rights and civil liberties of all New Yorkers. Through a combination of government lobbying, litigation and community organizing, the NYCLU has spent the past 60 years defending reproductive rights, free speech in schools, and the right to due process and equal treatment before the law. They also share their main office space with the national ACLU, which happens to be in a wonderful building at the very Southern tip of Manhattan (and I do mean Southern tip—there wasn’t more than 100 feet separating the front door from the East River).

Why, you may ask, did I choose a project that involved a three-hour round-trip commute from New Jersey instead of something like perfecting my paella or entering the intense (and minty clean) world of competitive flossing? I wanted to spend my Winter Term doing something meaningful to me. I’ve always had a strong interest in social justice, and with a president who wants to limit free speech, the free press and the rights of pretty much every marginalized group in America, it seemed like a pretty good time to get involved with a group expressly dedicated to protecting those liberties. A lot of the ACLU and NYCLU’s current work involves challenging Trump administration actions like the refugee ban as well as action on a smaller scale, like fighting to win New York farm workers the right to unionize.

I also wanted a Winter Term project that would give me some kind of professional experience. Until last month my only work experience had involved teaching power chords to young kids at a music day camp. This certainly wasn’t an easy task (nothing is easy when upwards of ten eight-year-olds are put in a room together, instruments or no instruments) but it certainly wasn’t a 9 to 5 office job. I wanted to get an idea of what it was like to work in a bona fide “professional” setting. Finally, I wanted to be home for Winter Term. I missed my family and friends from high school, and it was nice to spend some extended time at home, where there’s never a wait for the washing machine and there’s always a cat just waiting to shoot me a look of absolute disdain (we have a complicated relationship, my cat and I).

My internship was in the department of development, which is the NYCLU’s fundraising team. It’s a pretty interesting time to work in development for a civil rights non-profit. Because of the president’s vocal disdain for so many constitutionally guaranteed rights, organizations across the country—and the ACLU in particular—are experiencing a “Trump bump,” an increase in donations that has nearly doubled the NYCLU’s membership. The challenge, consequently, is to keep these new donors engaged with the NYCLU after their initial donation.

What’s the most powerful tool available for a moderately-sized development team to overcome this challenge? For better or worse, it’s Microsoft Excel. I became intimately familiar with this sovereign of spreadsheet programs (its 2007 edition, to be specific) over the course of the month, using it to keep track of various fundraising initiatives. But my internship was more than data entry. The NYCLU puts on several fundraising events a year, from small, informal “flights and rights” discussions over drinks to its biggest event, “Broadway Stands Up for Freedom,” a benefit concert featuring, as you may have guessed, various Broadway stars. My favorite part of the internship was drafting invitations and special guest “asks” to these events. Something about formal invitations is just kind of fun to me. Maybe it’s that this is a whole new kind of writing to me, or maybe I just loved the NYCLU stationary. Either way, it’s very cool to know that something I helped write is going to be delivered to the doorstep of a few thousand people—and maybe even a few celebrities—in the next few months.

The worst part of my Winter Term? The commute. My daily hours were 10:30am-6pm, which meant a 9:12 morning train into the city and an evening bus that got back to Montclair at 7:28. The good news? I was able to make a pretty serious dent in a few podcast backlogs. The bad news? Pretty much everything else about commuting.

It was jarring to have a rigid schedule for ten hours a day after a semester in which I never had more than four hours out of any given day scheduled. I began my internship with all kinds of ambitious plans for what I would do with my evenings, but most days when I got home I was just drained. Having dinner with my parents and passing out to reruns of The Office was about all I had the energy to do. That isn’t to say I didn’t do anything at all. I saw Dear Evan Hansen on Broadway. I went to two different Guitar Centers in Manhattan searching for a specific guitar effects pedal they both claimed to have in stock (neither of them did). And of course I had a few scrumptious meals at Shake Shack. Nevertheless, by the end of the month I was starting to get pretty burnt out by the whole routine. It’s nice to be back on campus, where I never have to wake up before 9:30 and nothing is farther than a ten-minute walk.

All things considered, I’d call my Winter Term a pretty successful one. I learned some new things about how non-profit issue advocacy groups work, finally figured out New York’s subway map for good, and got some real work experience under my belt. Right now, I’m thinking of spending my next Winter Term on campus in order to see what Oberlin feels like when it’s occupied by a few hundred students instead of three thousand. Until then, it’s back to reading Chrétien de Troyes’s Arthurian romances (more on that soon)!

It's All Greek to Me

Learning a new language over winter term is actually kind of hard… Who would’ve guessed?!