Yep, I tried a new style this time. I found out partway though that, with all the doodling I've been doing this semester, my real-type people look better than my stick figures, so it's not as xkcd-like as I originally intended, but it works.

I drew these by hand, took photos, and uploaded the photos here, which is why they look a little gray--the light wasn't great, unfortunately--but my blog should be a much faster read this week than it usually is! 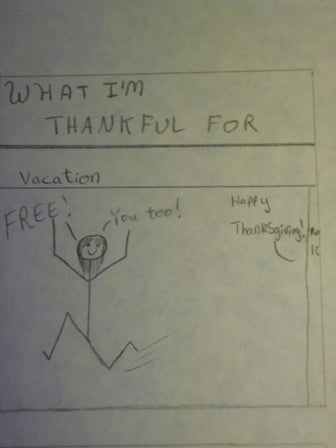 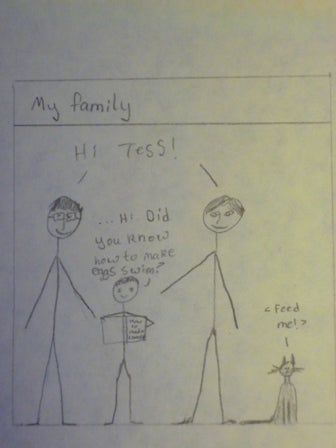 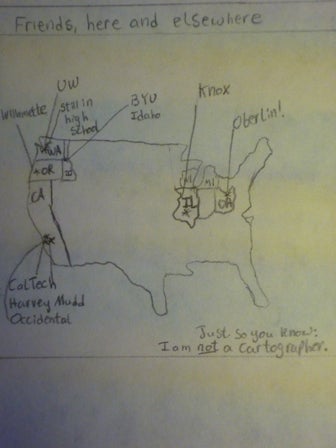 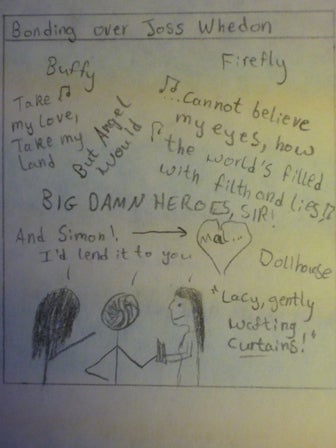 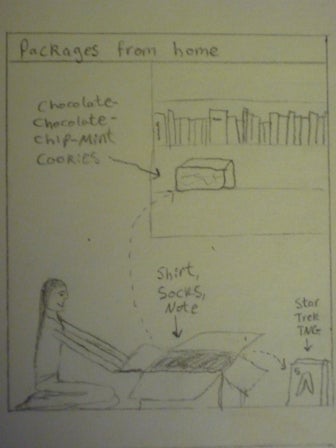 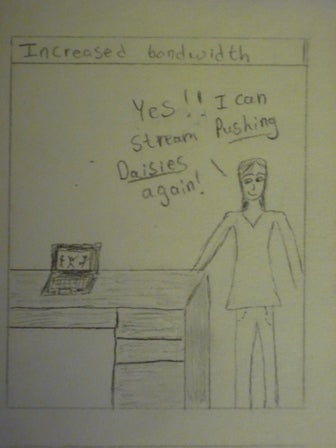 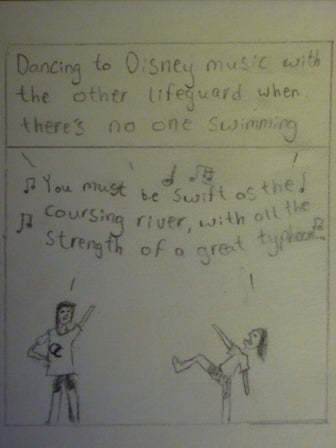 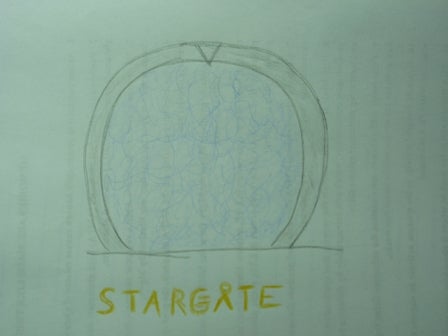 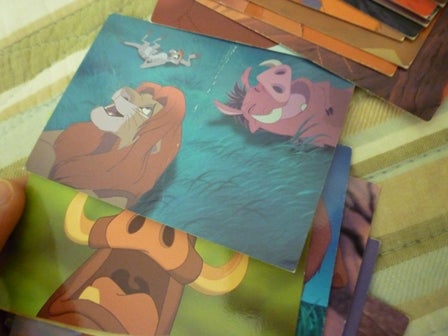 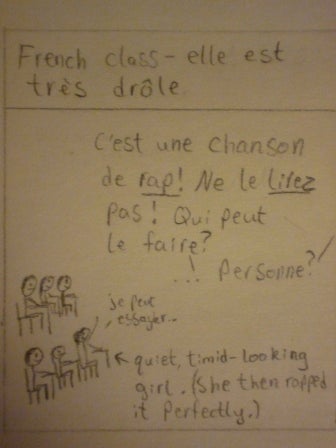 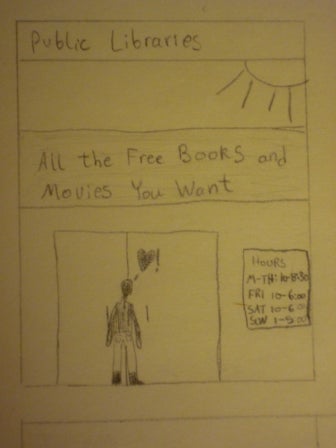 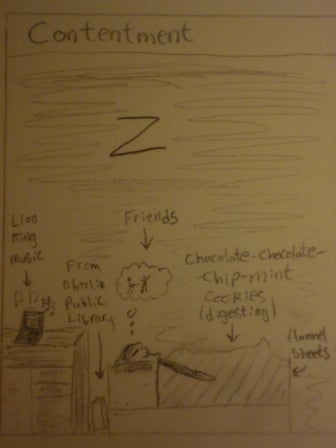 **Translation of the French one:

(This really happened. One of our assigned readings was a rap by MC Solaar and the professor had us read/perform it in class. She did a much better job than either of the boys who tried it--though not quite as good as the professor himself.)

EDIT: I just realized I didn't put in my bow in the scene where I'm playing violin. It's now a magic violin. Shh.