You better believe it, people. I'm spending my Winter Term/WT/January term/J-term in Florida, the best place in the whole wide world (I talk up Florida A LOT, don't I?). Except I'm in north Florida, which is actually more like being in Alabama. Although the people are more conservative, there's less culture, and it actually gets cold here, it's still the Sunshine State; therefore, I am happy.

I spent my J-term my freshman year in Florida as well, but I stayed home and nearly beat my brains out. As cool as it seems to be chilling at home when all your friends are back at school, it'll actually make you completely mental. So future Obies, don't do that. Be adventurous, which is exactly what I did this year.

I'm currently in Gainesville, at the University of Florida. 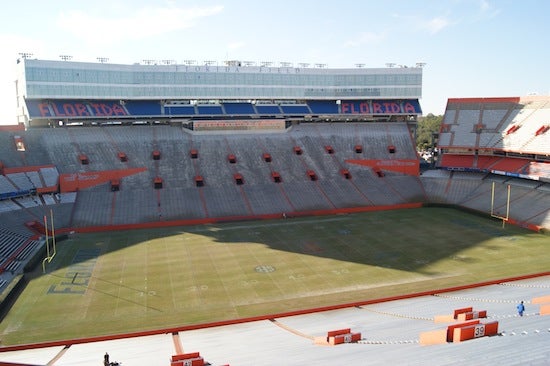 Ben Hill Griffin Stadium at Florida Field, aka "The Swamp."

Why UF? I'd say this place is everything Oberlin is not, so I wanted to get a feel for a different college experience. Also, a lot of my friends from high school attend UF, so yes, I'm having a pretty good time.

My J-term project, however, is THE BEST. This past summer I ventured to San Francisco for a summer research internship, which consisted of purely lab work. I spent tons of hours inside a room with no windows, working with chemicals, and handling mice. This year, I decided to do something a little different. Instead of working at a lab bench, I'm doing clinical research.

Clinical research is the kind of research that involves working with humans. Here at UF, I'm working in the McKnight Brain Institute in the neuropsychology department. 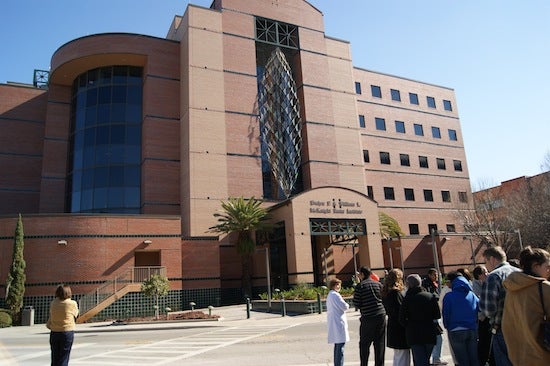 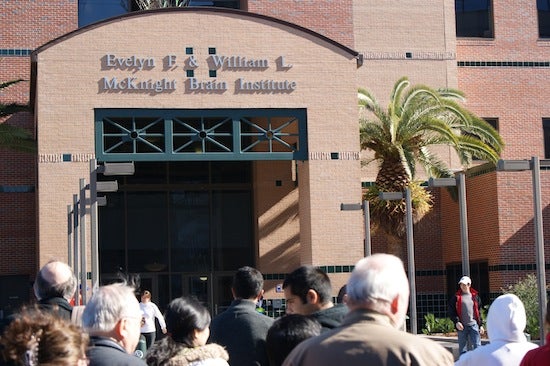 The Evelyn F. & William L. McKnight Brain Institute of the University of Florida.

I was lucky enough to get started right when they were beginning a new study, called The Vital Study. The aim of this study is to determine how cognitive training and physical exercise interact to improve the mental function of healthy elders. So not only am I working with people, I'm working with elderly people.

The cognitive training in this study consists of a program that has games and activities to test different brain functions of the participants, such as working memory, long-term memory, etc. As for the physical exercise, participants will either be walking on a treadmill or riding an exercise bike (depending on the physical ability of the participant), or playing different games on Wii Fit for the Nintendo Wii. I'm so stoked about this. Even though I completely suck at them, I love video games. With clinical research (as opposed to laboratory research) there is a lot more of what I call secretary work (making copies, answering phone calls, etc.), but the fact that I also do a lot of "video game testing" makes it completely worth it.

Since the study revolves around elderly people and requires them to participate four times a week, instead of having the testing site be located at the Brain Institute, an assisted living facility is letting the university rent out one of their condos to use as the testing site. 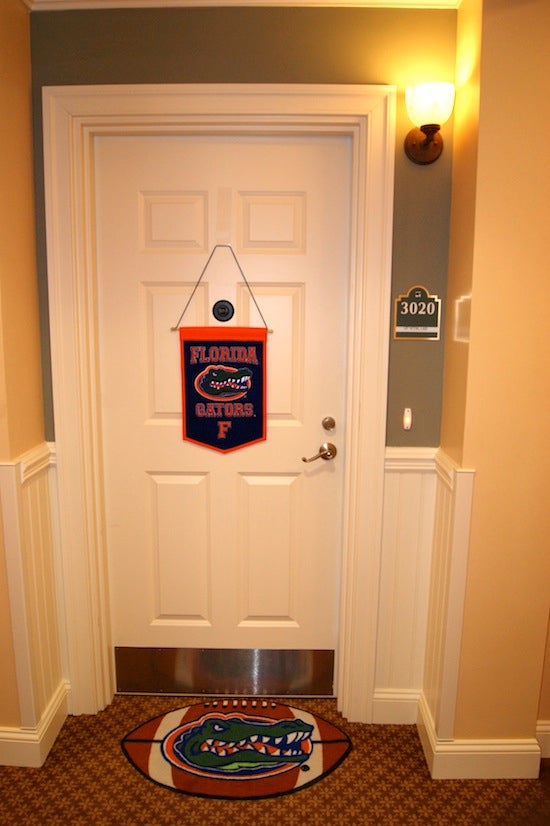 The door to the condo. 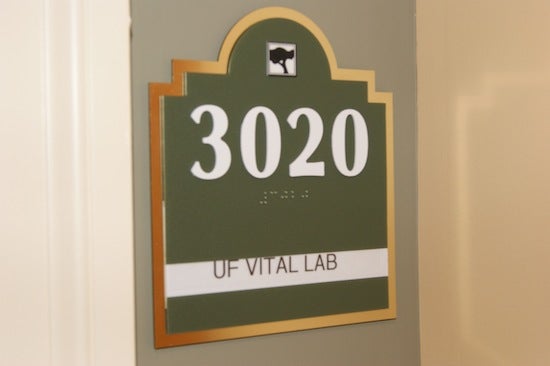 haha I thought this was funny. 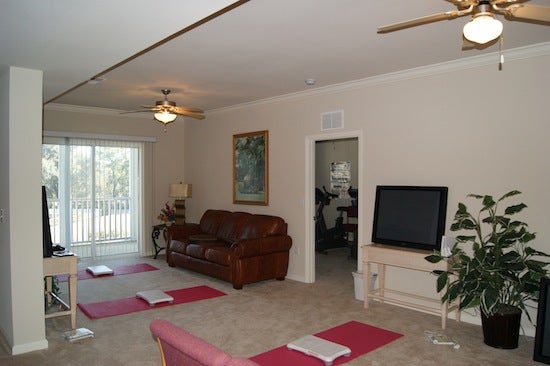 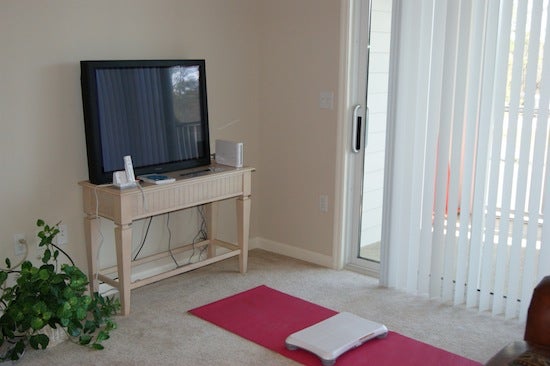 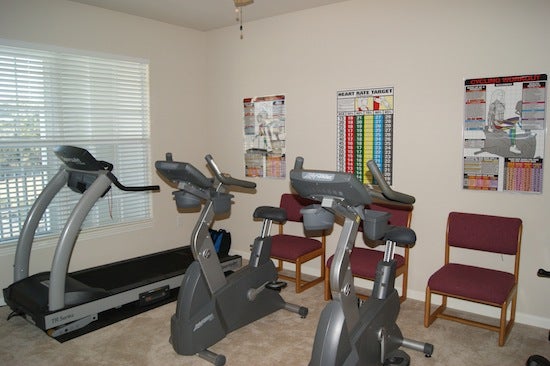 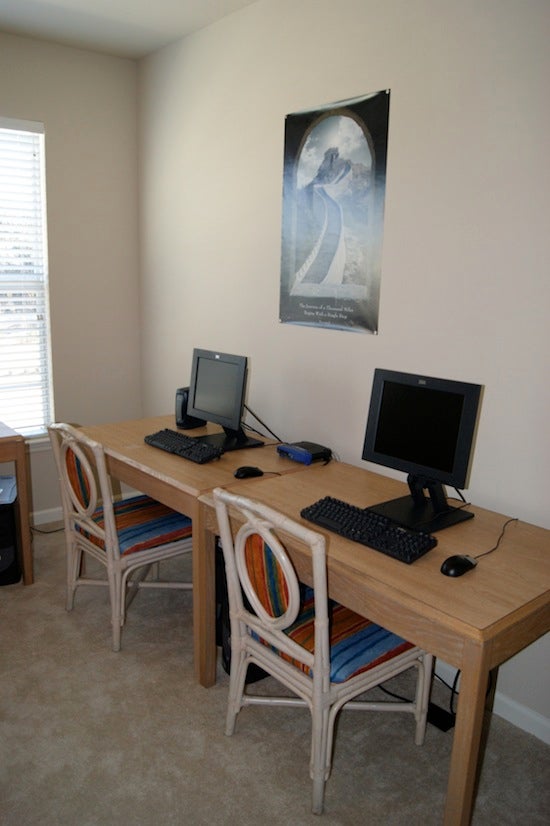 It's pretty sweet, I spend a little bit of time on campus and quite a bit of time at the condo.

In addition to ALL of that, today I observed a deep brain stimulation surgery. Deep brain stimulation (DBS) surgery is a surgery that implants something called a neurostimulator in the patient's brain, which then delivers electrical stimulation to the specific parts of the brain responsible for motor control. This surgery is performed to help reduce tremors and Parkinson's Disease symptoms.

Being in the operating room was amazing. The doctor I shadowed was very down-to-earth, but still an excellent teacher. Before the patient was even brought into the room, we were looking at MRI (magnetic resonance imaging) and CT (computed tomography) scans and naming different structures and pathways in the brain. I have not yet taken neuroanatomy, but I seemed to impress him with how much I knew from taking introductory neuroscience (I was equally, if not more, impressed with myself with how much I remembered from that class!).

The coolest thing about neurosurgery is that there are many surgeries that are performed while the patient is awake. DBS is one of them. The patient was a female, about thirty years old, with sweet tattoos and a love for 80s rock. It was super neat to be able to talk her during the surgery, in addition to the fact that it was awesome how the doctor could give her a play by play of the surgery as they drilled holes in her skull.

I think I mentioned in my last entry how obsessed I am with Grey's Anatomy, and although there isn't that much drama, surgeons actually do enjoy themselves during surgery. In my operating room, Cake radio on Pandora was playing at a very generous volume and the anesthesiologist was taking pictures on her iPhone for the patient to view later. I'm becoming more and more certain that surgery is my life's calling.

As much fun as Gainesville is, I'm excited to be returning to Oberlin in the next few weeks. There's still so much to learn before I get to command my very own operating room. Until then, Obies!

The Brain Institute's building is beautiful.

Exercise plus brain function is something I know little about, but I am extremely fascinated by. My dad regularly sends me articles about keeping the brain active as one ages, so this sort of research is something that is on my mind (no pun intended), even if I don't know a bunch about it (yet!).

Glad to hear you have a good instructor. When I was in school, I had a doctor who was constantly over our shoulder and was not the best at explaining things. He was big on safety though. He would always recommend scans (he loved MRIs) before and after a procedure, and throughout the recovery process. Keep at it, it sounds like you are on the right track!

So jealous of your Florida weather. I woke up this morning and it was -1 (but felt like -13). Gotta love January in Ohio! Also, getting to observe an operation sounds awesome, though I'm probably too squeamish to actually observe a surgery.