How quickly the time flies. I join you again; from the same place we began this journey--30,000 feet in the air, in some unknown time zone, somewhere over Middle America. The past two weeks have been a bit of a blur; wrapping up valuable time spent is never simple and never easy. As I hinted, on August 1st, I found myself back in the 'West Bay' and once again living in the lower Haight. Unlike the rest of my summer, where I found myself primarily residing on whichever side of the bay I was currently living, I did not spend much time in San Francisco. I discovered I had grown roots, substantial 'oak' roots to be exact. In fact the only thing that kept me from spending entire weeks back at my July home was the fact that my job was so much more accessible from the lower Haight than from Fruitvale. My weekends, however, were devoted wholly to Oakland and all its beautiful intricacies. My summer of love concluded with goodbyes told between jokes, over endless glasses of homemade sangria.

Here's where I insert a photo montage of Bay Area folks and things and happenings: 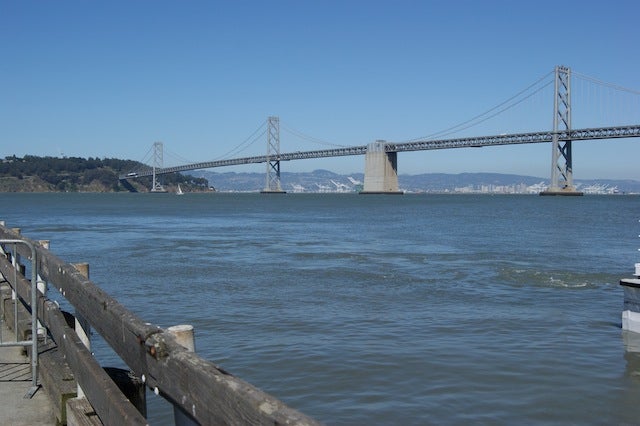 People want to slap the Golden Gate Bridge on everything, but let's be honest: the Bay Bridge is where it's at. 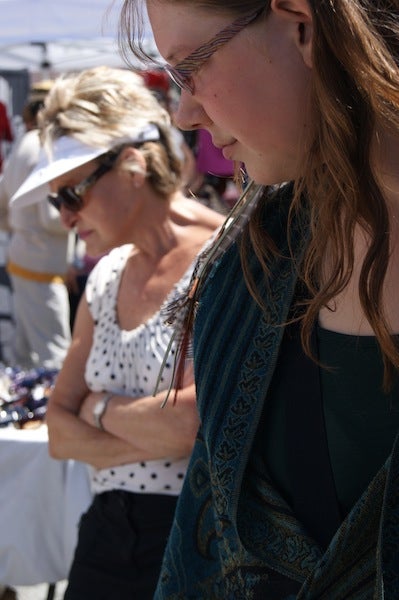 My friend Nicole at the Haight-Ashbury Street Fair; Nicole biked to the Bay from Canada. Amazing. 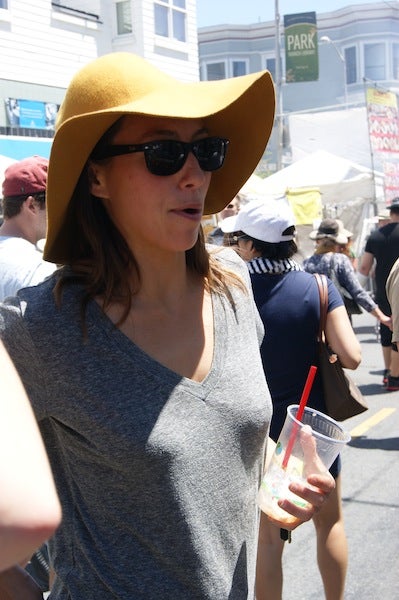 This is Lina. She's contemplating buying a huge hunk of meat. 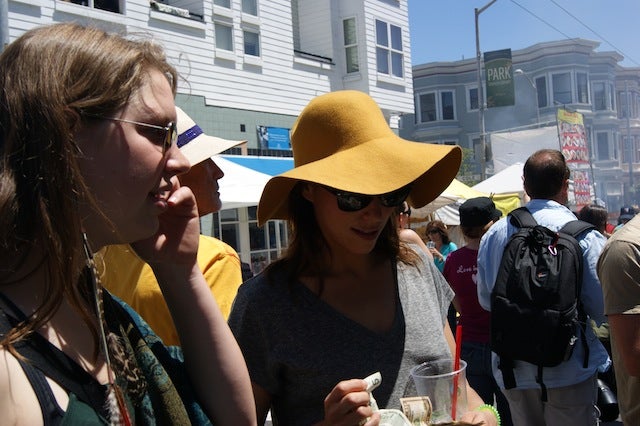 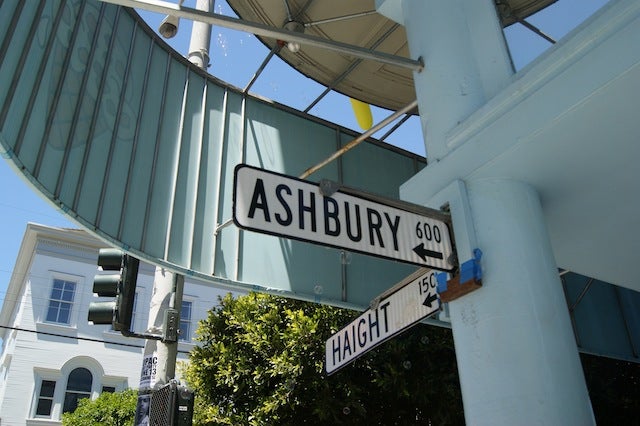 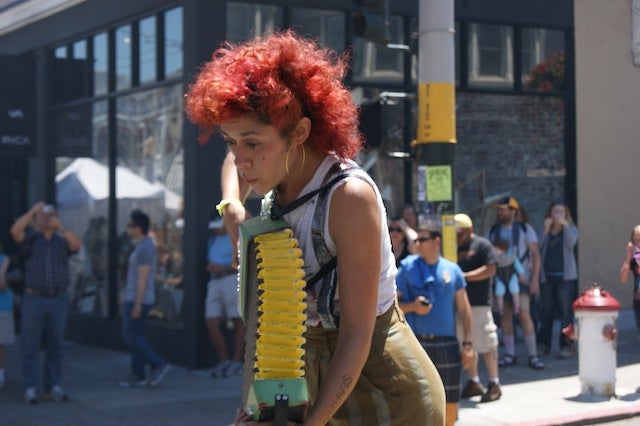 Street performer at the fair; she was balancing on a globe and had a beautiful voice.

While I was taking this photo, the snake was crawling up my shirt. 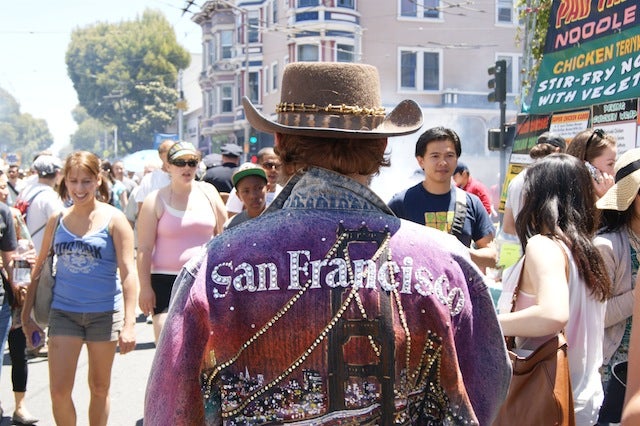 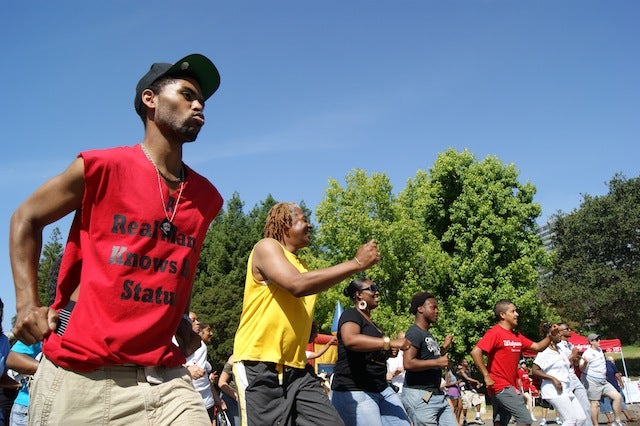 I was a volunteer photographer for the East Bay AIDS Walk and managed to capture some really sweet moments. 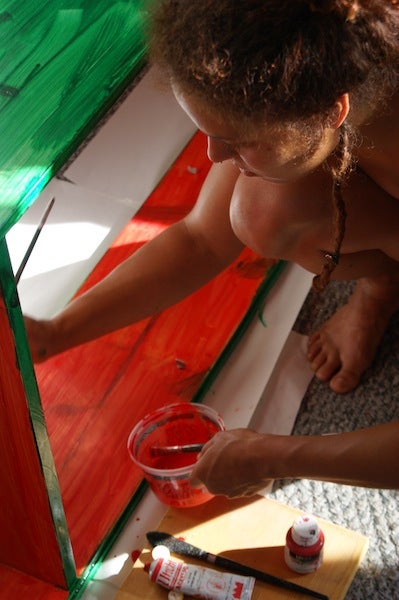 My housemate/friend/big sister Ana painting her bookshelf on a whim; I helped and also documented. 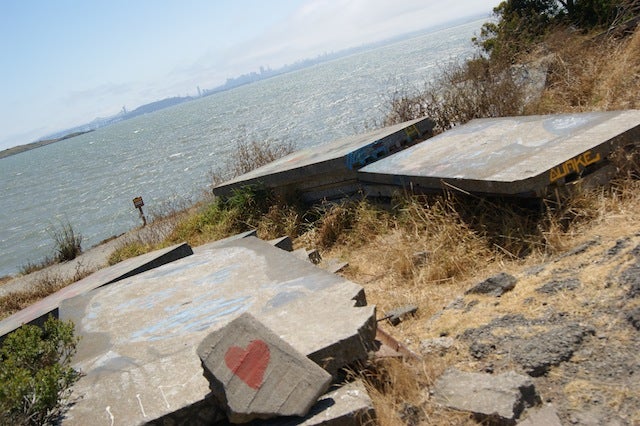 The view of Frisco from a sweet spot called Albany Bulb. 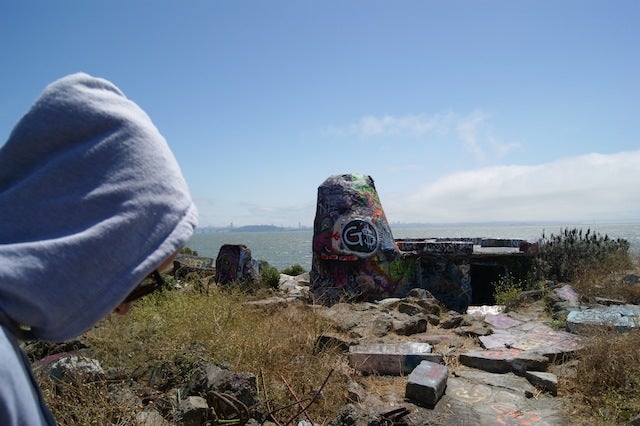 My friend Ali took me to the Bulb and was so tolerant of me shoving my camera in her face. 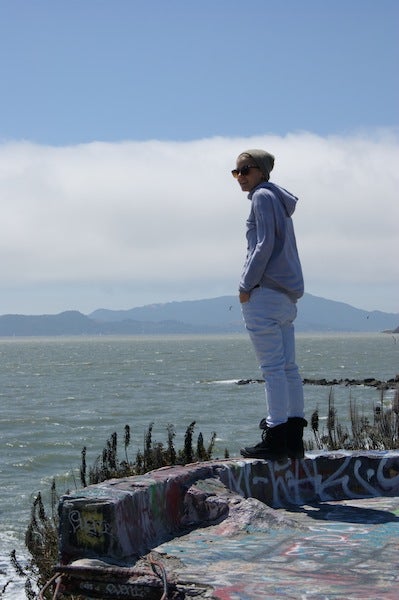 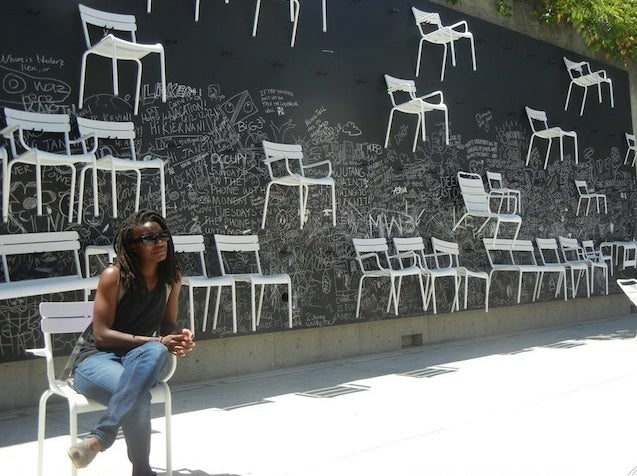 One fine Oakland day, Lina decided she would be the photographer and I would be the subject. Outside the Oakland Museum of California. 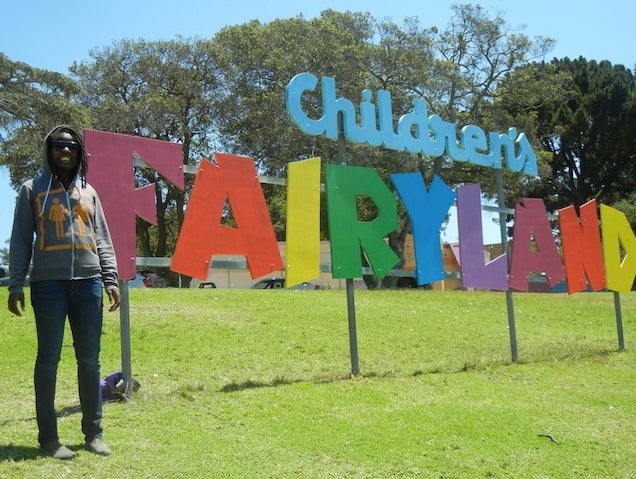 Fairyland is the funniest, creepiest part of Lake Merritt. 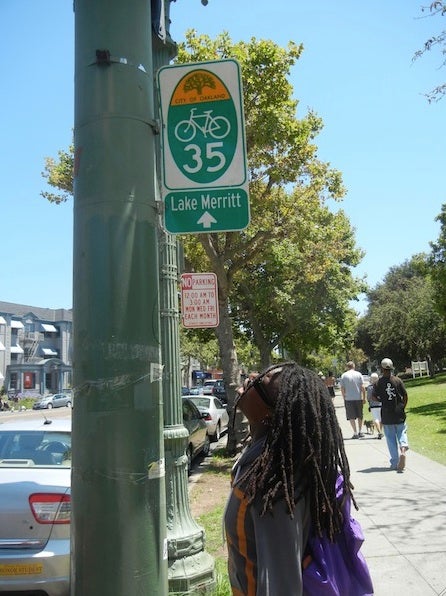 Can you spot the Oakland oak tree? 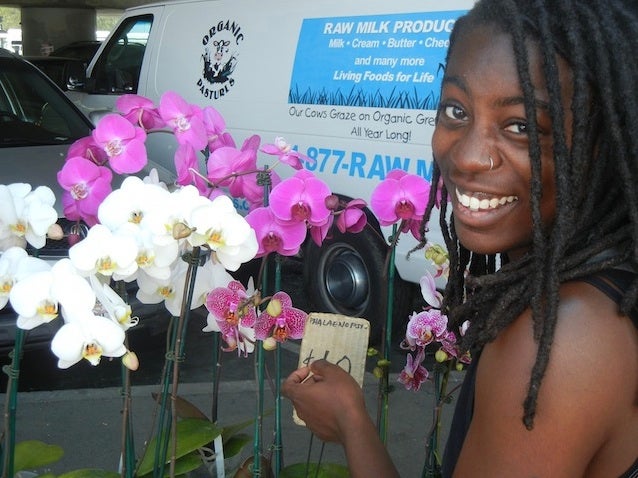 Then we went to the Lake Merritt Farmers Market; I love orchids. 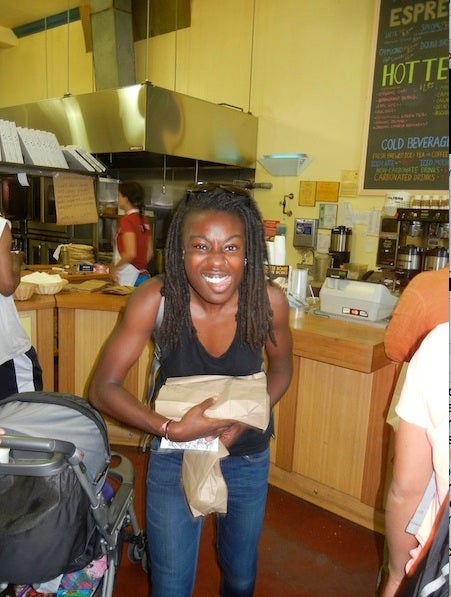 And of course, we had to make a trip to Arizmendi. 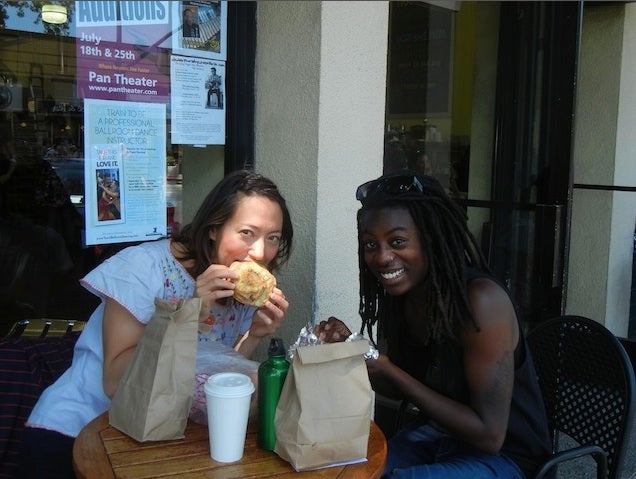 A very kind stranger offered to take a photo of us...so Lina hid behind her cheese roll. 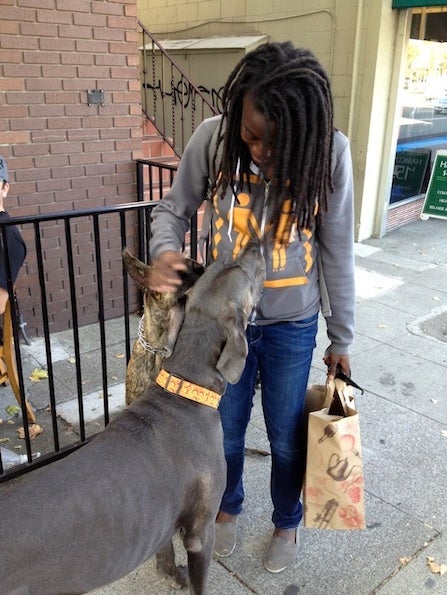 From Arizmendi, we decided to make our way to Berkeley for an event and we ran into these beauties. 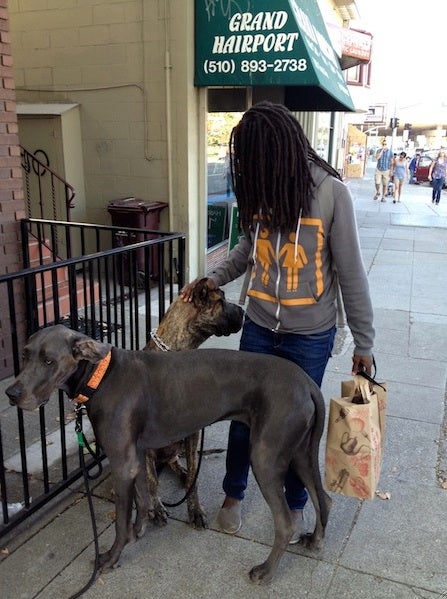 I wasn't sure how I felt about them. 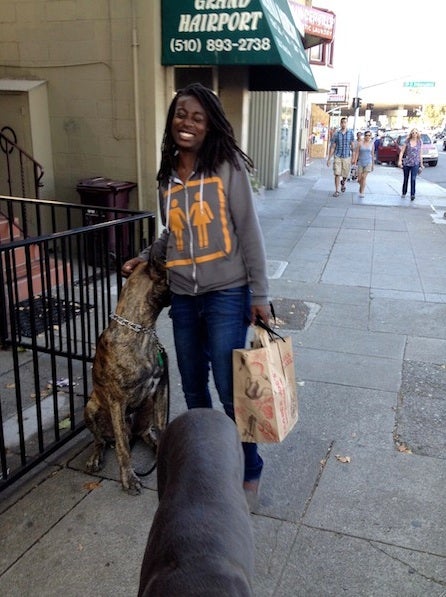 Just kidding. I fell in love at first sight. 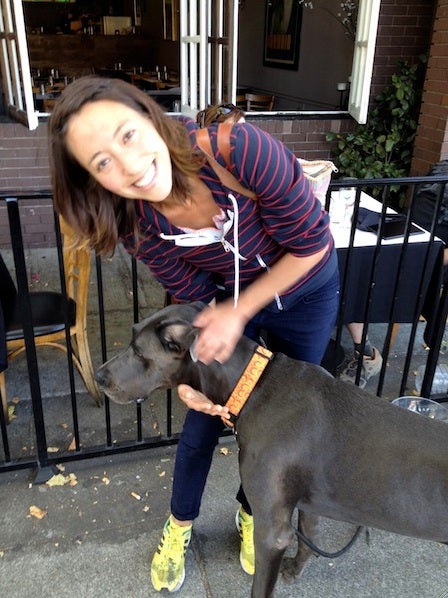 Lina loved them too. 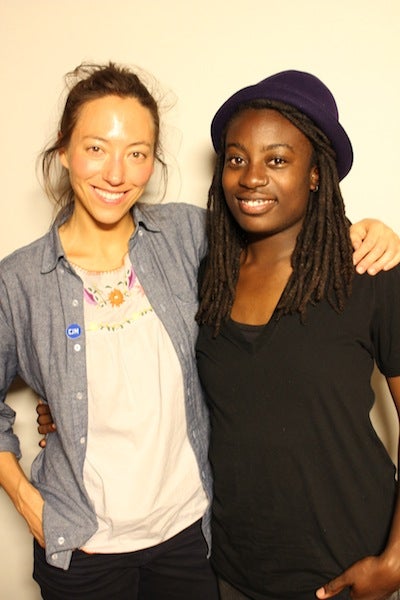 Lina and I also did a StoryCorps interview; a good friend and Oberlin alum managed to get us in after a cancelled appointment. 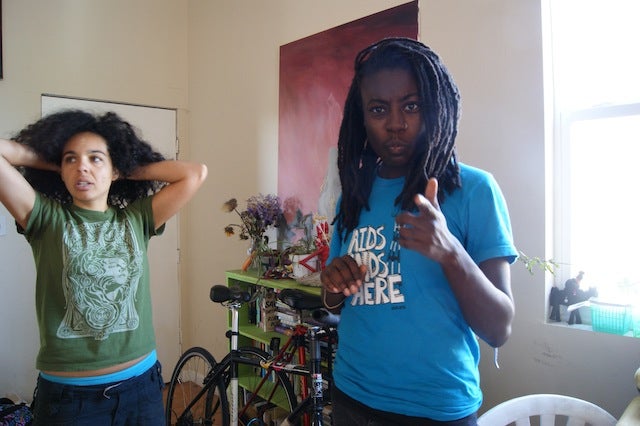 Outtake 1 from the housemate photo shoot. 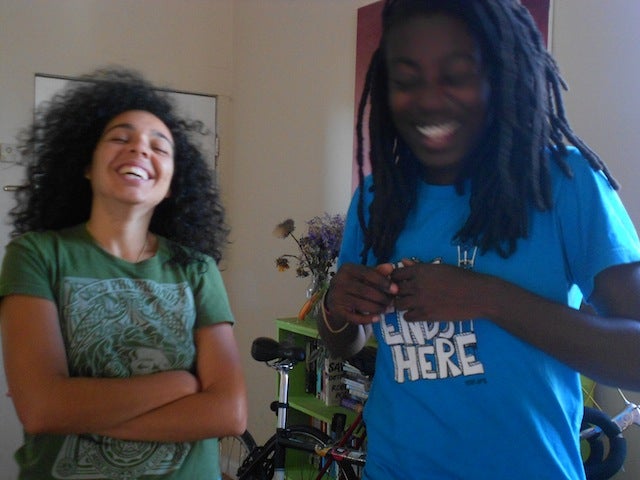 So many good laughs in this house.

Concepts of time in this blog entry are a little funny, due to the fact that I'm writing this second half exactly one week after arriving in Ohio. HAAAY, I'M HEREE. After arriving on campus at 2 AM, the next morning I was immediately immersed in Oberlin varsity athlete world. While seeing familiar faces has made this preseason much more bearable than previous years, the reality of being back in rural Ohio is packing quite a punch. Nevertheless, there are already quite a few people on campus (Resident Assistants, or RAs, are back!), aka the lines at Stevenson are already getting long. Tomorrow, there will be freshmen everywhere, and their parents will be driving recklessly on the sidewalks. Soon after that, all the upperclassmen will be back and classes will be starting. Funny how things happen so quickly; senior year is here!

Postscript - While none of the above photos are Instagram'd, I not only fulfilled my summer goal of learning how to use Instagram, I've successfully become an Instagram fiend.

Thanks for all the great posts. This looks like a beautiful summer. I think the transition from lovely cities to rural Ohio is tricky, but Oberlin definitely has charm.

Stop ittttt I want to drop everything and go to the Bay RIGHT NOW.

When's the StoryCorps interview going to be up?