(Married to the Sea)

The first thing I really notice about Portland is how self-conscious it is about its weirdness. Downtown, across from the charming Voodoo Doughnut, a building wall bears the slogan “Keep Portland Weird” in large painted block letters.1 Walking down the street I overhear a woman (who doesn’t strike me as a tourist) say to her friend, “Portland is too weird for its own good.” This seems OK—maybe even good. I like weird. It’s part of why I’m at Oberlin.

For a while, though, I don’t really see anything weird about Portland. Maybe living between Berkeley (home of this guy) and Oberlin has desensitized me to weirdness, but it seems like a fairly normal, albeit quite pleasant, city. I keep an eye out, though. I pass a man muttering into a cup as he walks down the street. All right, that’s a little odd, but I’m pretty sure I’ve seen that guy walking around downtown Berkeley too. I see a couple—a brown-haired girl with cat ears walking hand-in-hand with a blond-haired boy with dreads. Again, slightly strange, but only in that they remind me of people I’ve seen at Oberlin.

A homeless man stops me on the street to ask for some money. “Namaste,” he says to me because he thinks I’m from Nepal (I’m not). His sign advertises that he’s a “Very Hungry Vegan” seeking money for food. He asks if I’d like to take a picture of him because he’s extremely handsome. He makes me take a few because he doesn’t like the first one I take. 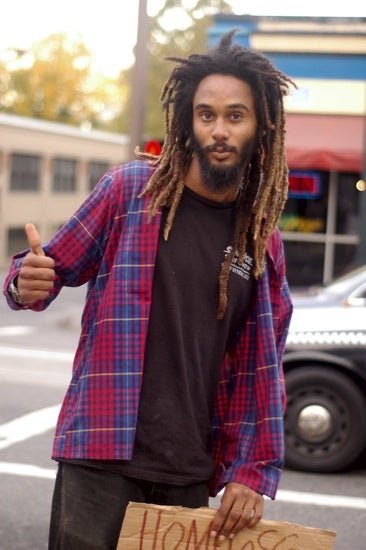 As I walk away, I hear him approach a woman behind me, “Ma’am, can you spare some change for an extremely handsome vegetarian.” All right Portland, you’ve got some strangeness to you, I admit, but I think both my homes could give you a run for your money.

And then I wander into Powell’s—the legendary land of books that I’ve heard spoken of only in hushed tones, with a sense of awe. I get stuck for several hours browsing the shelves. At one point I pick up and flip through Craig Thompson’s Blankets—one of my very favorite graphic novels—and am pleased to discover that Craig Thompson lives in Portland. Synchronicity! 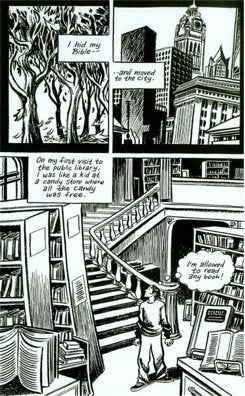 Powell’s is everything everyone has ever told me it was, but no one warned me about the store just a few blocks away—Powell’s Technical Books—filled with tomes of engineering, science, mathematics, & cetera. 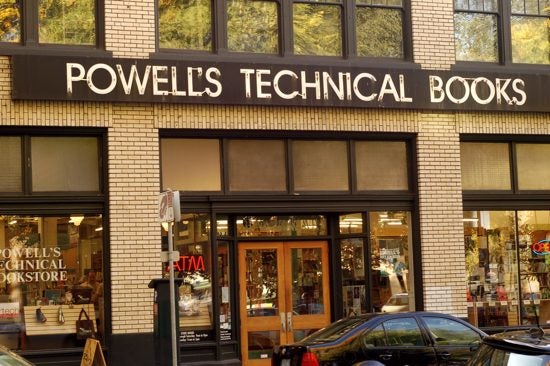 In the words of Hubert Farnsworth: Oh my, yes. 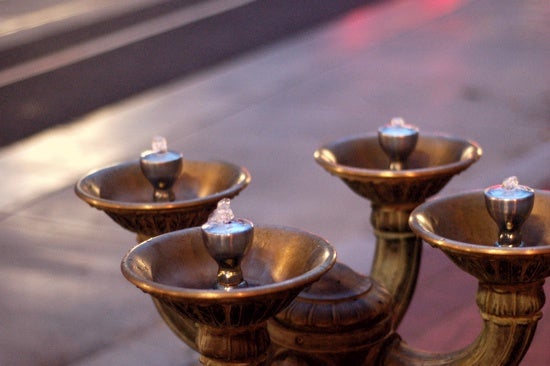 Portland has the most awesome street corner water fountains I’ve ever seen.

I felt immediately at home in Seattle. I think its resemblance to San Francisco set me at ease. A friend described it as a “cleaner, politer version” of SF. Not that I find SF particularly dirty or rude, but Seattle is nevertheless less so.

I stayed with some friends who recently graduated from Oberlin. It’s a pleasure to see Obie alums settling into lives in the so called “real world” and that goes doubly for Emma and Lizzie. Not only are they wonderful people, who were a pleasure to stay with, but they seem genuinely happy with the place that they live and the things that they do—living proof that life after Oberlin is still sweet. 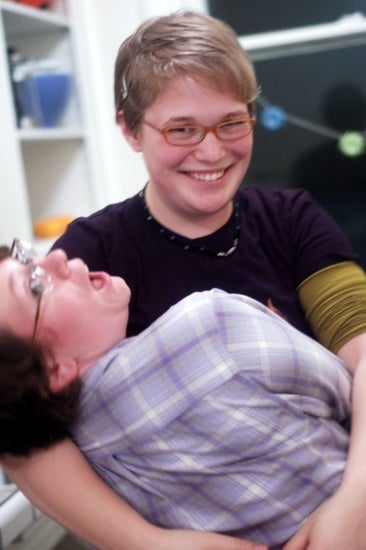 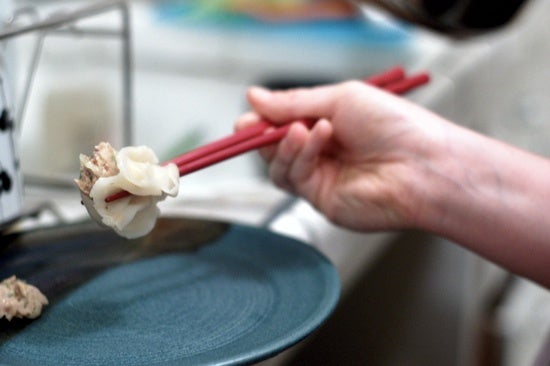 The last stop on my Pacific Northwestern adventure was Walla Walla. This may seem like a strange location to visit alongside such major cities and hip locations as Portland and Seattle, but Walla Walla is the home of Whitman College, where my sister Mariah just started her freshman year. Here is what Tom Robbins has to say about Walla Walla in Still Life With Woodpecker:

In the dialect of the local Indians, walla meant water. When the Indians first discovered, cutting through the hellish hills, a fertile valley yodeling with brooks and rivers, they doubled up and called the place Walla Walla. “Water here and plenty of it,” “A far greater abundance of moisture than one would have expected to find in these dusty parts,” or in the ethane-lingo that white folks enjoy, “Land of many waters.” Had the valley been really wet, had it canals, swamps, and lagoons they might have named it Walla Walla Walla. Maybe even Walla Walla Walla Walla. Had those same Indians ever hit Puget Sound in the rainy season, there would have been virtually no end to their wallaing.

Walla Walla does seem to be an oasis in the middle of desert. On the Greyhound ride over, I saw virtually nothing but beige hills for hours. Whitman College itself is plenty green. My sister seems happy there and I have a few friends from high school who attend Whitman as well who also seem to be enjoying themselves quite a bit. 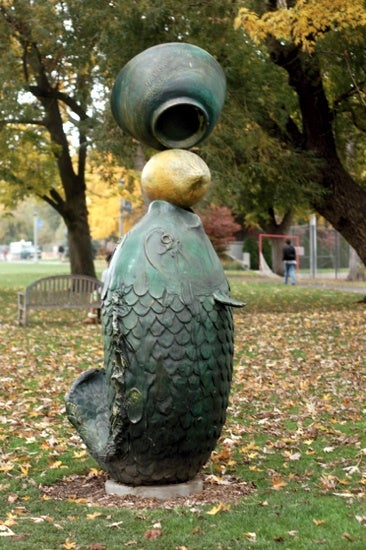 Whitman has some pretty neat sculptures scattered about.

One of the things that sometimes surprises me when I visit other schools are the similarities to Oberlin. In my time at Whitman I saw a visiting poet speak, browsed a weekend farmers’ market, listened to an a cappella group whose name is a pun, and saw an orchestra concert—all things I’ve regularly done at Oberlin as well.

But despite these similarities, the schools have very different feelings to them in ways that I can’t describe—something you can’t really understand just by reading about them, you really have to go to a school and feel it. But perhaps I’ll save discussing that for another time.

The Portland water fountains have a great story to them, too. We call them "Benson Bubblers." Simon Benson, who had the fountains built around the turn of the century, was one of the big businessmen in town. From http://www.naosmm.org/confer/port-or/history.html:

"While walking through his mill one day, Benson noticed the smell of alcohol on his workers' breath. When Benson asked these men why they drank in the middle of the day, they replied there was no fresh drinking water to be found downtown. Upon hearing this, Benson proceeded to commission 20 elegant freshwater drinking fountains, now known as the Benson Bubblers. Beer consumption in the city reportedly decreased 25 percent after the fountains were installed."

The city updated all the fountains in the last few years, reducing the diameter of the spouts so they waste a lot less water.

I'm glad you enjoyed the PNW!

AUGH. Now I miss Izzie so much.

I WANT TO GO TO POWELL'S SO BADLY, but you already knew that.

Your trip sounds so exciting.