We were presented with two choices for our second"comparative border trip" of the semester: East or West. It was designed to be a chance to see another part of the border besides Arizona, because, as we've learned, each sector had its own unique geography, political situation and human impact. We chose West, and set off for a weekend in Yuma, Arizona and San Diego, California.

First we stopped in Yuma to talk to an organization called Campesinos sin Fronteras, or Farmworkers without Borders. Two strong, inspiring women talked to us about their group's work organizing amongst migrant field workers, teaching about sexual health and nutrition and helping people find safe housing. They would intercept workers crossing the border at 3 a.m., go out to the fields with them, give talks on the buses, etc. The woman who now runs the organization was a strawberry picker herself for 13 years, and told us about being in the fields while planes flew overhead spraying clouds of pesticides on the plants and the workers. Apparently the workers weren't warned at all. They just noticed a sparkling cloud descending on them and thought it was pretty, learning only later it was laden with deadly chemicals. This is the sort of thing she now fights.

After an interesting lunch at a Chinese/Mexican restaurant, we piled back in the van and headed for California. Just over the state line, we visited a cemetery that housed the graves of many unidentified migrants who had died crossing the border. It was such a sad and stark contrast, seeing the grassy, shady patch at the front with well-tended marble graves, then at the back, a barren dirt plot with little bricks with only a number and "John Doe." Someone had left crosses on some of the graves reading "not forgotten" and "I love you." 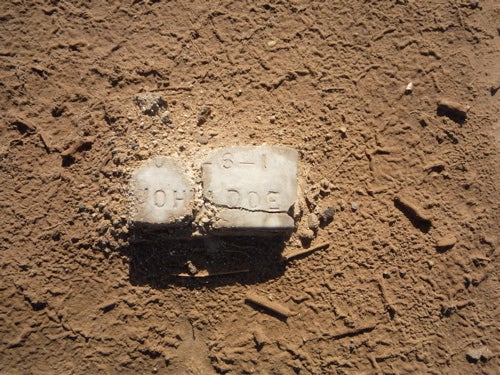 We got back in the van and resumed our standard van activities--eating Pub Mix, sleeping and listening to music--until we got to our destination, the Quaker house in La Jolla, CA. We got to sleep on the floor of their cozy library, surrounded by books on non-violence. The next day we had a lecture about the California border, about how only the wealthy can get legal visas, about cross-border pollution and about the rampant drug trafficking. We then set off with local activist Dan Watman to see the border for ourselves. The paranoia, militarization, excess spending and environmental destruction were shocking to see, but the worst by far was the destruction of Friendship Park. Since the early 70s it's been an important cultural meeting spot, a park on both sides of the border where family members could talk and hug through the fence, where people could chat and as the name suggests, make friends, and where groups held binational salsa and yoga classes. It was a place that resisted the doctrine of fear of the other. Now the Border Patrol is building a double wall, destroying Friendship Park. Dan stood in front of the bulldozers and blocked the construction for hours before they hauled him away. Why weren't there hundreds of people with him? Thousands? 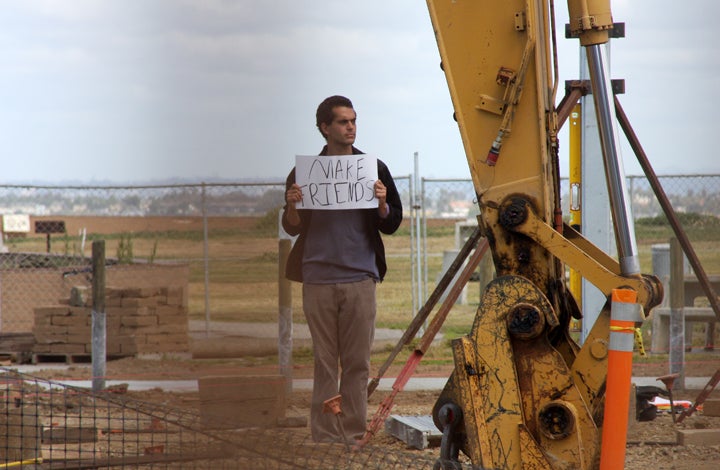 We also had the unique experience of walking on the beach right up to where the border wall marches into the Pacific. Through the bars we could see families playing on the beach, buying snacks from a vendor, laughing and splashing. On the U.S. side, it was desolate, empty except for Border Patrol, construction vehicles and us. 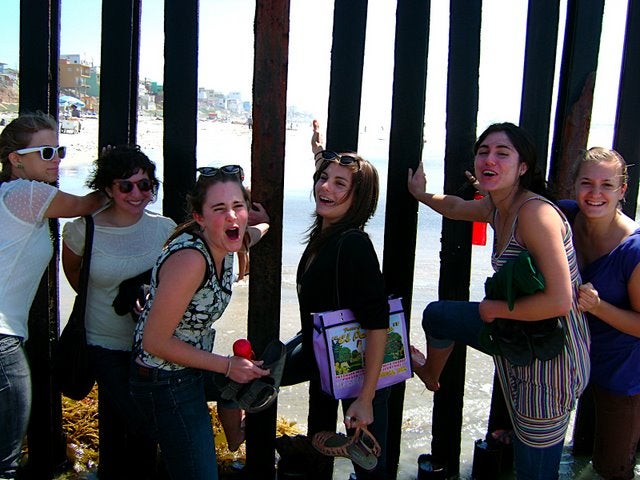 That night we went to a community presentation about Friendship Park, and the next morning we climbed into the van at the crack of dawn and headed back to Tucson, full of anger, inspiration and ideas. One main idea came from Jessye, another Obie with me on Border Studies. She and I and Vivian (the third intrepid Obie with us) are going to teach an ExCo next year on migration, border issues and resistance. I hope lots of people sign up!

Back in the early '70s, the growers sprayed pesticides on the fields while the workers were working, in the US. The UFW fought hard against it. It is discouraging that it still goes on.

"She and I and Vivian (the third intrepid Obie with us) are going to teach an ExCo next year on migration, border issues and resistance."

I wanna sign up! Am I allowed to in freshman year?

Fajer,
Of course you can take the ExCo as a freshman! We'd love to have you. Just make sure to go to the ExCo fair a few weeks into the year and find our booth.
-Alice

I speak Portuguese and now am in Mexico, near the border fence similar to the one on the photo, in Tijuana, on Playas de Tijuana.

Somehow I find Spanish much uglier, for the lack of a better word, to my ear than Portuguese? I wonder why. Mind you, I am not a linguist, just travel a lot...